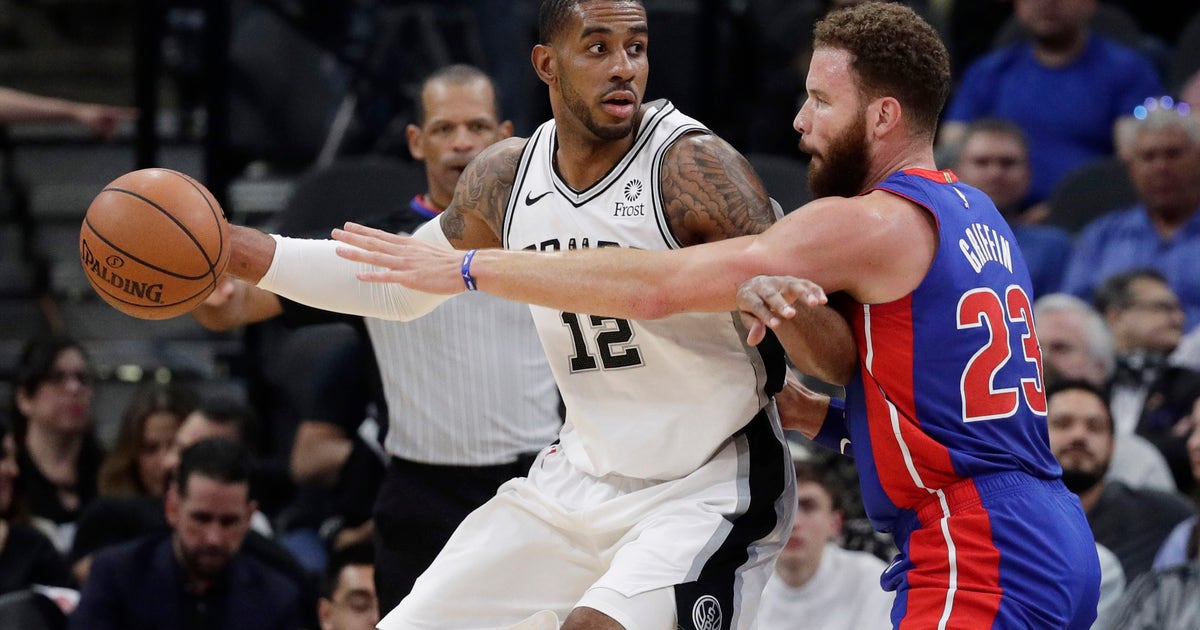 Detroit had won three straight and seven of eight but was facing a San Antonio team in desperate need of a homecoming.

The Spurs returned to the AT&T Center for the first time since Feb. 2 after going 1-7 on their rodeo road trip, the worst they have fared on their annual excursion.

Reggie Jackson scored 22 points for Detroit, which had not lost since Feb. 13 at Boston. Blake Griffin added 17 points and Andre Drummond had 10 points and 17 rebounds.

The Spurs opened the game 5 for 7 on 3-pointers in building a 12-point lead, but the inconsistency that plagued them on their trip made the return flight. The Pistons went on a 17-4 run to take a 48-47 lead. San Antonio missed two shots and committed five turnovers during the drought.

Belinelli’s off-balance shots helped steady the Spurs. The 12-year veteran was 3 for 4 on 3-pointers, giving San Antonio the lead on his first two shots and his final 3 extending the advantage to 75-64 late in the third quarter. His off-balance 16-footer gave the Spurs a 97-88 advantage with 3:39 remaining.

Belinelli’s jumper was part of a 9-0 run after Detroit point guard Ish Smith’s layup had cut it to 90-88 with 5 minutes remaining.

Jakob Poeltl added 11 points and 14 rebounds for the Spurs and also had a key block against Drummond with 2:21 remaining and the Spurs up 99-91.

Pistons: Detroit has lost four straight in San Antonio with its previous win coming Jan. 6, 2015. . Spurs fans are still upset with Zaza Pachulia, who injured Kawhi Leonard in Game 1 of the 2017 Western Conference finals while with Golden State by stepping under the All-Star forward on a 3-pointer. Pachulia was loudly booed when he was introduced and touched the ball. … Wayne Ellington had 11 points, leaving him one shy of 5,000.

Spurs: Bryn Forbes exited the game with a bruised right calf with 5:34 remaining in the first quarter. Forbes needed assistance walking to the locker room after he and Griffin got tangled up after diving onto the floor to corral a loose ball. . Forbes made a pair of 3-pointers before exiting, giving him 237 to surpass Manu Ginobili (236) for third among Spurs’ players in their first three seasons. Gary Neal tops the list with 301 3-pointers in his first three seasons, followed by Davis Bertans at 276.

Pistons: At Cleveland on Saturday night.