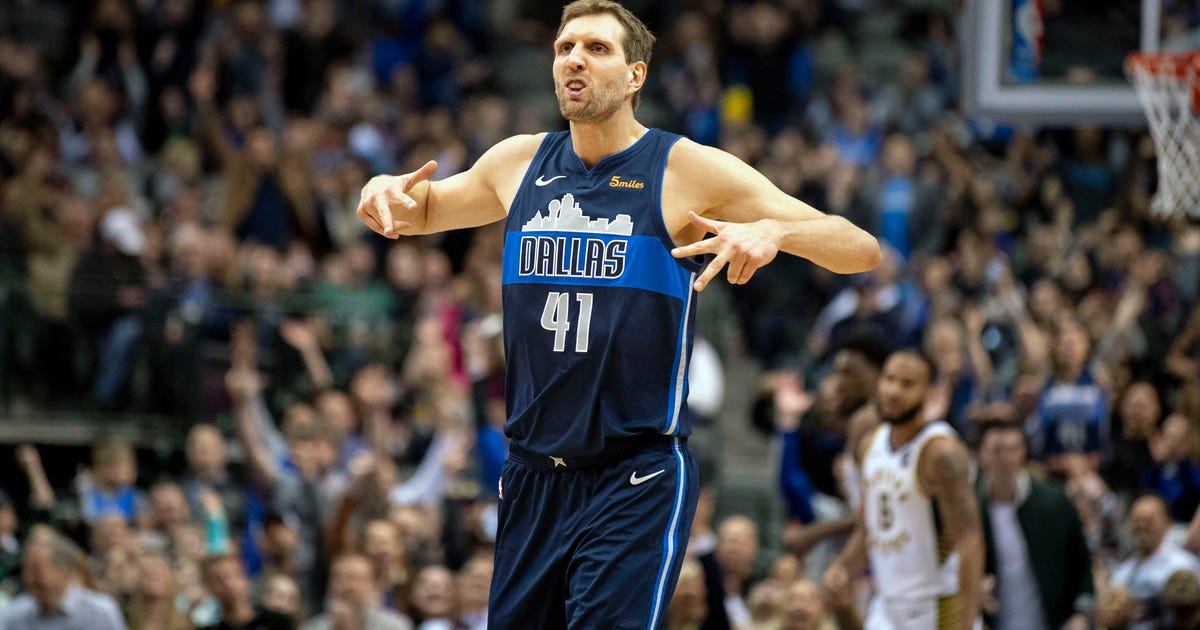 DALLAS (AP) – Luka Doncic made a long 3-pointer on a pass from Jalen Brunson before getting the ball to his fellow Dallas rookie for another big bucket from behind the arc.

The first-year sensation’s final game as a teenager turned into a big night for the two-time NCAA champion from Villanova as well.

Doncic had 26 points and 10 rebounds, Brunson scored a season-high 24 points and the Mavericks ended a five-game losing streak with a 110-101 victory over the Indiana Pacers on Wednesday night.

Doncic, the only teenager in NBA history with multiple triple-doubles, didn’t have a shot at his fifth late. But the budding star and No. 3 overall draft pick who turns 20 Thursday had two of his seven assists on a pair of key 3-pointers, one of those by Brunson for an eight-point lead with a minute to go.

“I’m there to help keep the energy,” said Brunson, a second-round pick who was 9 of 14 from the field and had five assists. “Obviously Luka means a lot to this team, but I try to play pickup defense and stay available for my teammates. I’m there to play hard.”

Wesley Matthews scored 20 points in his first game against his former team after going to New York in Dallas’ blockbuster deal with the Knicks. Matthews signed with the Pacers as a free agent.

Bojan Bogdanovic led the Pacers with 22 points as Indiana lost consecutive games for the first time since the last of a season-high four straight losses on Jan. 31. Indiana had won eight of 10 coming into the game.

“It’s a great home team,” Matthews said of the Mavericks, who are playoff long shots in the Western Conference but improved to 21-10 at home. “They do tend to make more shots at home. Couple breakdowns on the defensive end kind of get them in rhythm early.”

The Mavericks were in a rhythm late too, making their last six 3-pointers in the final six minutes. That clutch stretch was capped by another shot from well behind the arc by Doncic for a 110-101 lead with 40 seconds remaining.

Doncic hit the clincher in front of the Indiana bench and stared in that direction, saying after the game that an assistant coach had been talking trash throughout the game. He also had some good-natured banter with his former backcourt mate in Matthews.

“He’s my guy,” said Doncic, who was matched up with Matthews most of the game. “He was talking a lot in the game. It was real fun.”

Tim Hardaway Jr. had one of the late Dallas 3s and finished with 20 points, while Dirk Nowitzki hit one early in the fourth for a five-point lead and finished with 11 points in the 40-year-old’s first home start in his record 21st season with the same franchise.

Pacers: C Kyle O’Quinn was given a flagrant 1 for a hard foul that sent Doncic to the floor in the first quarter. Doncic, who was going for a dunk when O’Quinn met him in midair, also lost a shoe on the play. … G Tyreke Evans was out with food poisoning, and F Domantas Sabonis was out with a sprained left ankle.

Mavericks: Doncic has 16 turnovers in two games. He had seven two nights after a season-high nine. … Dallas has three 20-point scorers in the same game for the second straight game after failing to do that in the first 59 contests of the season. … F Dwight Powell scored 12 points. … G Devin Harris had five points on his 36th birthday, including a circus layup in the first half

Matthews, who got a nice ovation when the starters were announced, wasn’t the only former Dallas guard for Indiana. Darren Collison (seven points, four assists) was with the Mavericks in 2012-13, while Doug McDermott (three points) spent part of last season with them.

In the second quarter, the Mavericks played a video tribute to Matthews, who stood up from the Indiana huddle on the bench and waved to the fans. “I was surprised, not with the reception, but with the tribute,” said Matthews, who spent three-plus seasons in Dallas. “I’m grateful for all the people here in Dallas. I just wish they would have lost tonight.”