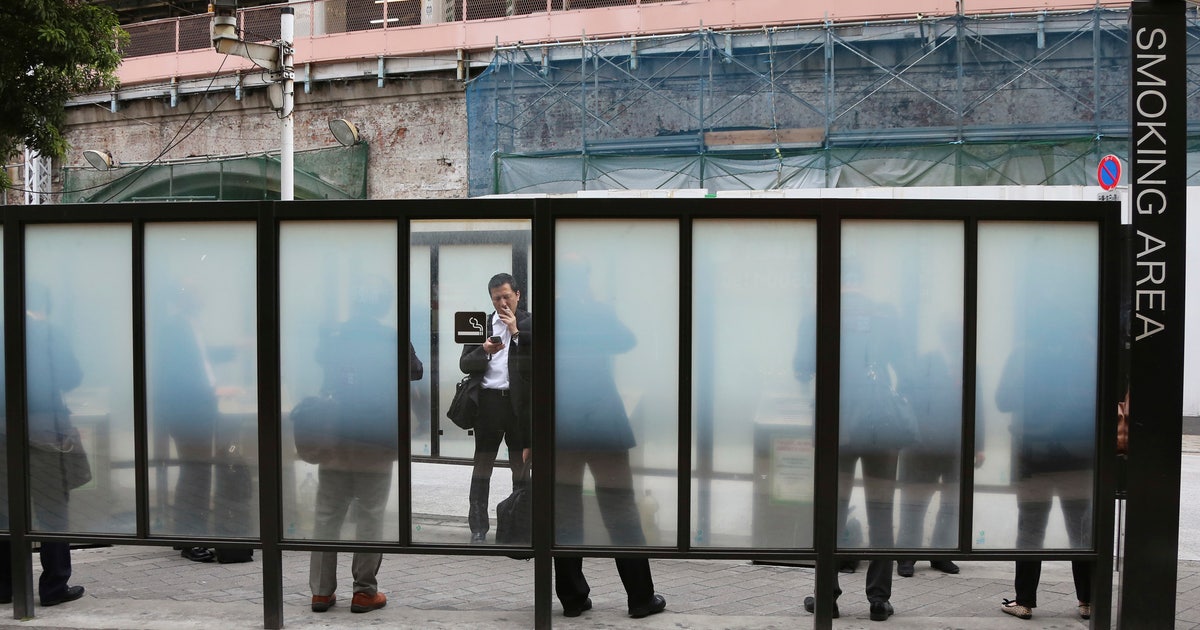 TOKYO (AP) — Tokyo is still a smoker’s heaven. Despite tougher laws enacted last year, smokers can light up in some restaurants and bars. Tobacco advertising is allowed on television, cigarette packages don’t contain graphic health warnings, and tobacco is cheap compared to other major cities.

However, don’t expect to puff away at next year’s Tokyo Olympics.

Organizers on Thursday announced a stringent ban on all tobacco products and vaping devices. Smoking will be banned at any indoor or outdoor Olympic or Paralympic venue, including perimeter areas being run by the Tokyo games.

Organizers say the prohibition it tougher than regulations for the last two Summer Olympics in London and Rio de Janeiro.

“Tokyo 2020 aims to leave a legacy of improved health for the county at large,” organizers said in a statement.

Japan’s national legislature last year approved a ban on smoking inside public facilities, but the measure is seen a weak and excludes many bars and restaurants.

Tokyo’s city government separately enacted tougher rules last year to protect from second-hand smoke. All provisions kick in during the run-up to the Olympics.

Smoking in still allowed in small eateries and bars. They make up half of Japanese establishments, where it’s common to see a customer eating with chopsticks in one hand with a cigarette in the other.

“Countering passive smoking has long been a concern,” Keiko Nakayama, a Tokyo city government health official, said in a statement to The Associated Press. “We would like to push for approving more anti-smoking measures so people stay healthy longer.”

The statement said the city’s smoking policy would be reviewed in five years. But more regulation will always face tough opposition despite the fact that smoking has declined in recent years.

The Japanese government has a large stake in tobacco. It owns a third of the stock and is the top investor in major cigarette company Japan Tobacco Inc. The industry was a government monopoly until 1985, and is a huge source of tax revenue.

Smoking is cheap in Japan compared to other developed countries. A pack of Marlboro cigarettes costs about $5. In London and New York it’s about $14, and in Sydney it’s $20.