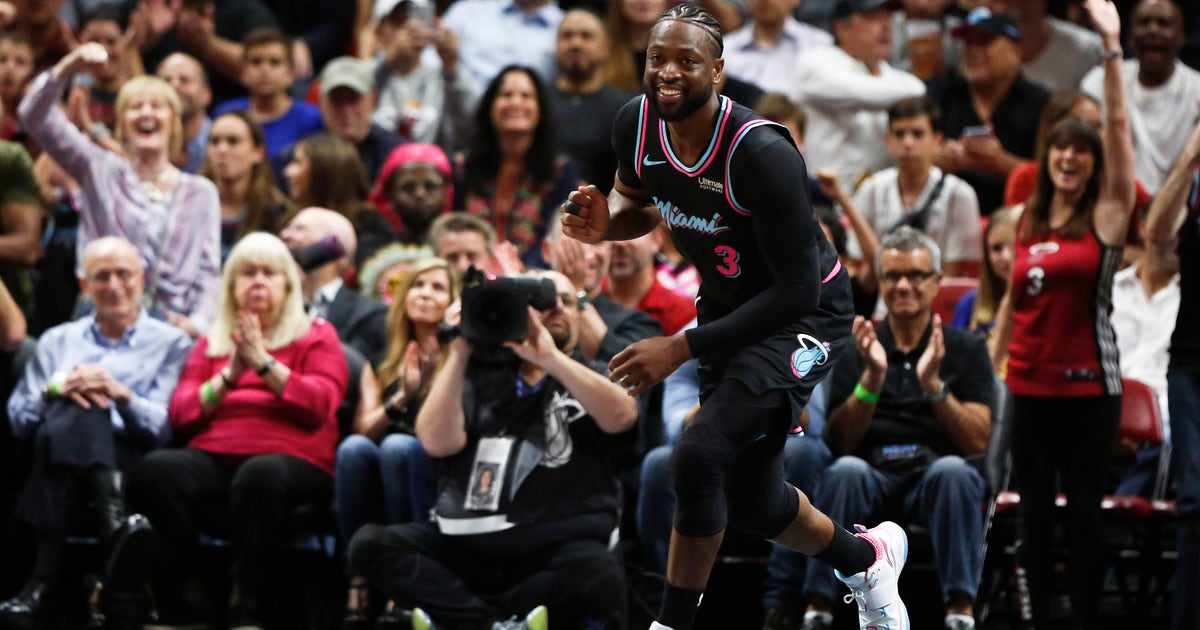 MIAMI (AP) — Dwyane Wade banked in a straightaway 3-pointer as time expired and the Miami Heat wasted a 24-point lead before rallying to beat the Golden State Warriors 126-125 on Wednesday night.

Wade scored 25 points to help Miami snap a six-game home losing streak. Wade took a victory lap, waving a towel as the fans roared and “This Is My House” was displayed on the video boards.

Klay Thompson scored 36 points for the Warriors. Kevin Durant added 29, but missed a free throw with 14 seconds left that kept the Heat within two points. Durant made the second of two on that trip, and Wade delivered on the ensuing possession for the biggest win of Miami’s season.

Stephen Curry had 24 points for the Warriors, a half-game ahead of Denver for the Western Conference lead.

Chris Paul heated up in the fourth quarter and finished with 17 points and 10 assists. Kemba Walker had 35 points for Charlotte, 27 in the first half. He was 3 of 12 from the floor in the second half.

ATLANTA (AP) — Trae Young matched the career high he set earlier in the week with 36 points, John Collins had 33 and Atlanta beat Minnesota in overtime.

Collins scored 18 points in the fourth quarter as Atlanta, which trailed by 13 points late in the third period, rallied to force the extra period.

Karl-Anthony Towns led the Timberwolves with 37 points and 17 rebounds. Andrew Wiggins had 21 points.

DeAndre Bembry scored six of his 16 points in overtime for Atlanta.

BOSTON (AP) — Damian Lillard scored 21 of his 33 points in the second half and Portland handed Boston its fourth straight loss.

Maurice Harkless had 17 points and 10 rebounds, Jusef Nurkic scored 16 points, and CJ McCollum finished with 14 points for the Blazers. They have won a season-best five straight.

The struggling Celtics are winless since the All-Star break. Kyrie Irving scored 31 points to lead Boston.

Kyrie Irving scored 31 points for Boston. The Celtics are winless since the All-Star break.

D’Angelo Russell scored 28 points for the Nets. They had won two in a row.

MEMPHIS, Tenn. (AP) — Zach LaVine scored 12 of his 30 points in the fourth quarter to help Chicago beat Memphis for its fourth victory in five games.