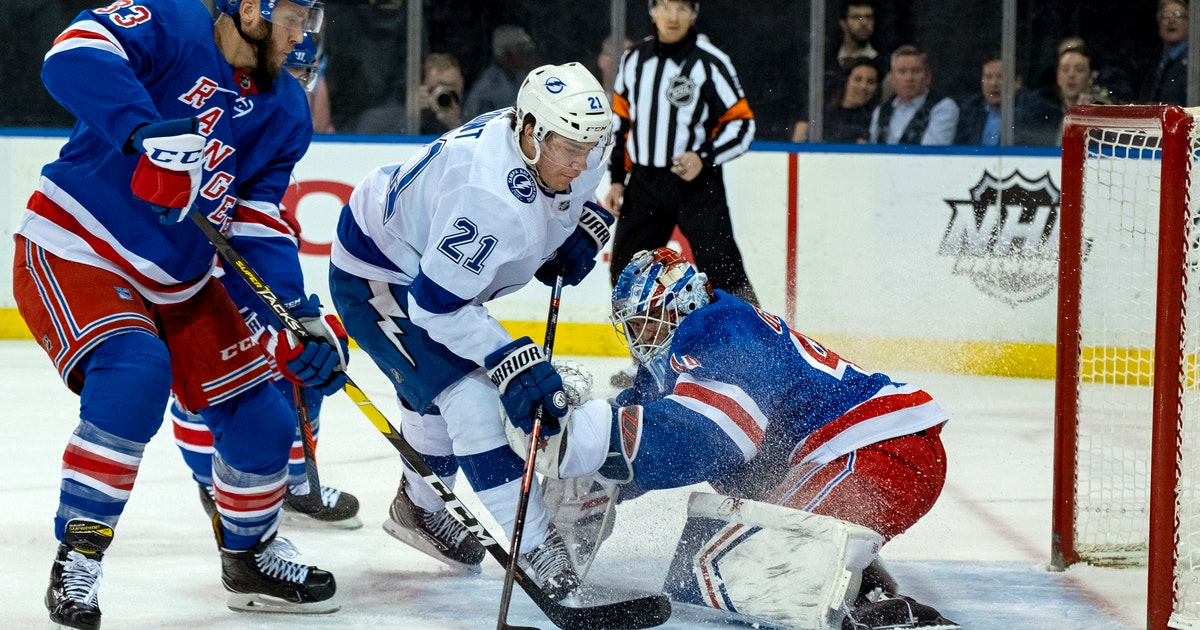 NEW YORK (AP) — Victor Hedman scored at 3:25 of overtime and the Tampa Bay Lightning extended their winning streak to a franchise-record 10 games with a 4-3 victory over the New York Rangers on Wednesday night.

Tyler Johnson, J.T. Miller and Dan Girardi also scored for Tampa Bay, which has an NHL-leading 102 points. Nikita Kucherov added three assists to give him a league-leading 74. Andrei Vasilevskiy had 33 saves.

Jimmy Vesey had a goal and assist for the Rangers. Mika Zibanejad and Boo Nieves also scored. Alexandar Georgiev had 26 saves, including stopping Hedman on a breakaway earlier in overtime.

Elias Lindholm and Mark Giordano scored for the Flames, who have points in eight straight games. David Rittich made 19 saves in improving to 22-5-5.

Kevin Rooney scored a short-handed goal for the Devils. Mackenzie Blackwood, who spent the last three weeks in the minor leagues, was outstanding in making 33 saves in his return to the NHL.

The game was delayed about 10 minutes early in the third period after Devils defenseman Mirco Mueller crashed into the end boards on a rush and had to be taken on the ice on a stretcher. He moved his legs and gave a thumbs-up to fans.

TORONTO (AP) — Andreas Johnsson scored twice during Toronto’s four-goal outburst in a seven-minute stretch to open the second period and the Maple Leafs cruised past Edmonton.

Mitch Marner added a goal and two assists, while John Tavares, William Nylander and Patrick Marleau all had a goal and an assist for Toronto. Frederik Andersen made 34 saves for the Maple Leafs, who turn their attention to Thursday night when they visit the Islanders in Tavares’ return to New York.

Leon Draisaitl and Ryan Nugent-Hopkins scored for Edmonton. Mikko Koskinen allowed four goals on 16 shots before being replaced by Anthony Stolarz, who finished with 18 saves.

Oilers star Connor McDavid returned to the lineup after serving his two-game suspension for a hit to the head on Islanders defenseman Nick Leddy last week.