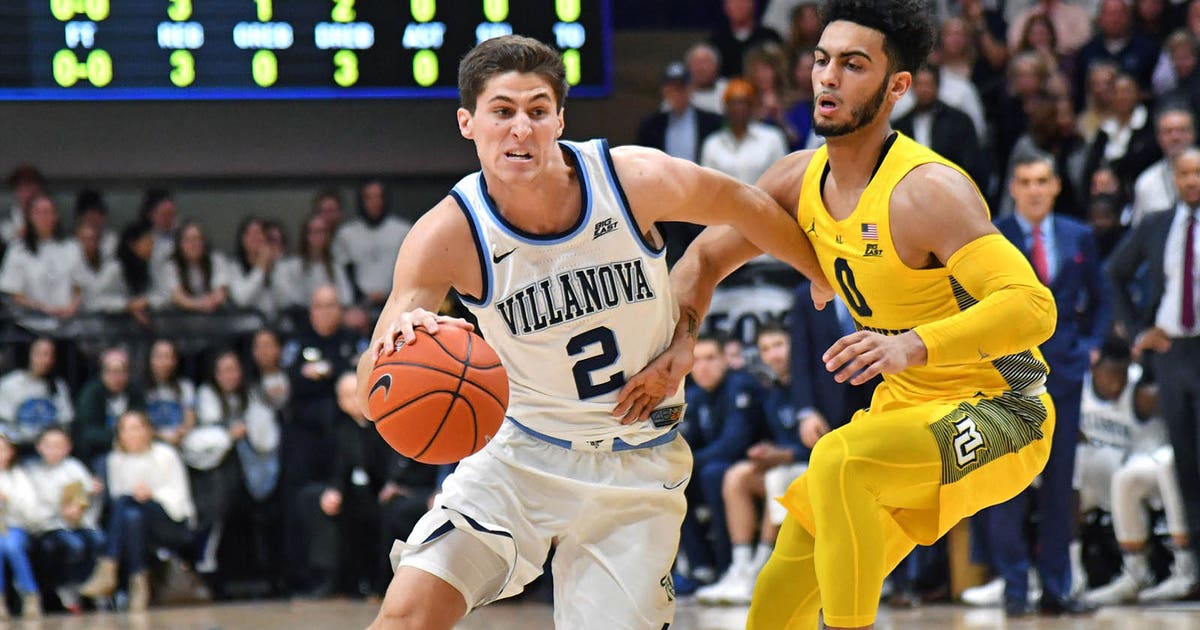 Saddiq Bey hit the go-ahead 3-pointer with 2:31 left to help the Wildcats (21-8, 12-4 Big East) keep their hopes alive for a conference title with a needed win in their final game of the season at their on-campus arena. Villanova won its first 10 Big East games and appeared headed to a No. 1 seed in the league tournament next month until it hit the skids on the road — losses to St. John’s, Georgetown and Xavier that opened the door for Marquette.

The Golden Eagles (23-5, 12-3) pounced and would have secured both a share of the Big East title and the top seed in the conference tournament with a victory Wednesday.

But who would have counted on Samuels to spoil Marquette’s run?

Samuels was averaging only 4.1 points per game this season — and that included a 15-point game with three 3-pointers in a win against Temple in early December. Samuels, a 6-foot-7, 220-pound sophomore forward, hit only seven more 3s over that span and was scoreless in each of his last three games. Left open against the Golden Eagles, Samuels hit five 3s and shot 10 of 19 overall from the floor. He hit two 3s in the first half and shot 6 of 12 overall for 15 points to give Villanova a 32-28 lead.

He buried a tying 3 in the second half that made it 48-all and converted a three-point play that made it 51-all.

The reason for all the ties? Markus Howard, who scored 25 points, reached 1,000 points in his career and proved again why he’s the top Big East player of the year candidate. Howard nailed a pair of go-ahead 3s in the second half and scored 13 of Marquette’s first 23 points in the period. Howard was whistled for his fourth foul at 9:28 in the second half and went to the bench, slowing Marquette’s roll.

With Howard out, the five-point favorite Wildcats did just enough to stay in the Big East race. Bey made the decisive 3 for a 61-60 lead and Phil Booth, the two-time national champ, hit a pair of free throws with 1:30 left to keep it a three-point game. Samuels sealed it with two from the line with 11.1 seconds left that had fans going wild on senior night.

Marquette beat Villanova 66-65 at home this month but has not defeated the Wildcats in consecutive games since sweeping the season series in 2011-12.

With two regular-season games remaining, Villanova needs Marquette to drop at least one of its final three to have a shot at the Big East title.

Marquette plays next Wednesday at home against Creighton