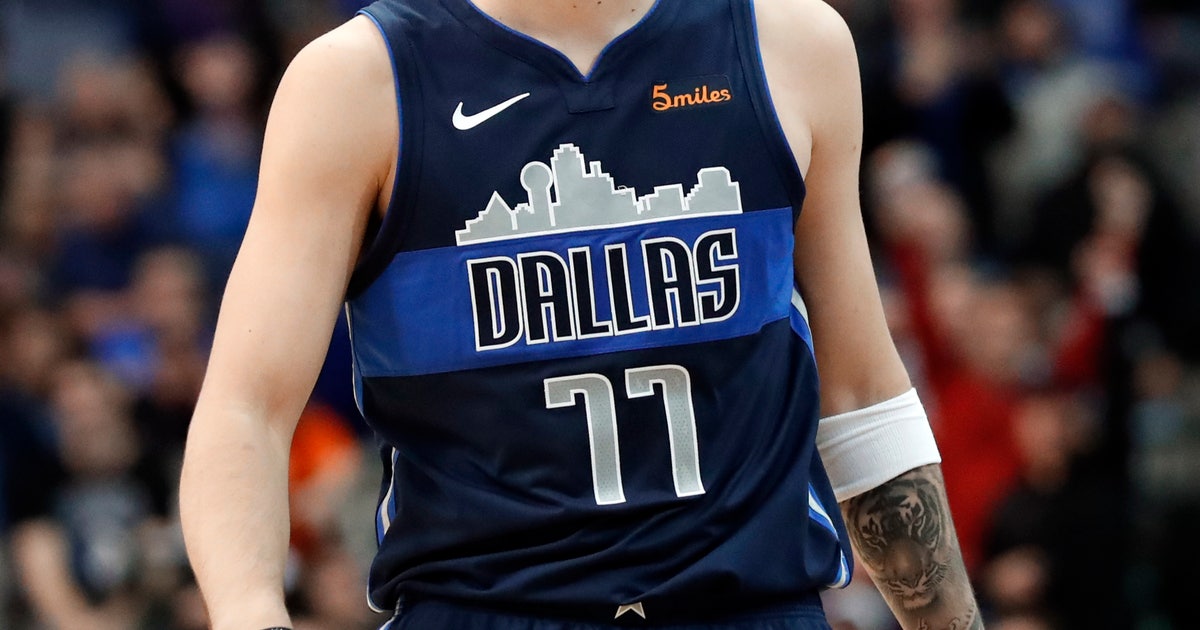 DALLAS (AP) — At some point, Luka Doncic will be measured by wins and playoff success rather than how many triple-doubles he had as a teenager, or so Dallas Mavericks coach Rick Carlisle hopes with his rookie sensation.

The budding Slovenian star’s final game before turning 20 was just the illustration his coach had in mind.

The ball was in Doncic’s hands late in a close game against a playoff contender, just as it has been regardless of the opponent most of the season once the Mavericks realized what they had in the No. 3 overall pick from last summer’s draft.

Doncic had a hand in four straight 3-pointers in the closing minutes to help Dallas hold on in a 110-101 victory over the Indiana Pacers on Wednesday night. He connected on two long 3s and assisted on the other two from behind the arc.

The win stopped a five-game losing streak that was more on the mind of Carlisle before the game than the litany of teen milestones for a player who has brightened the outlook of a franchise trying to become relevant in the postseason again.

“Luka’s an amazing player for his age,” Carlisle said. “Even when he turns 20, it’s still going to be remarkable, the things that he’s doing. But these last 22 games … is going to be a test of how much of that load he can take on his back.”

The Mavericks are playoff long shots in the Western Conference after trading their other four starters in a pair of deals before the deadline, and the most important player they got in return won’t suit up this season.

Dallas decided to play it safe after completing a seven-player trade with New York that landed 2018 All-Star Kristaps Porzingis, who tore a knee ligament last February in what turned out to be his final game with the Knicks.

So while the Mavericks wait to see what Doncic and the 7-foot-3 Latvian can do together next season, the burden is on the only NBA player with multiple triple-doubles as a teen. Until the next teen star comes along, Doncic has four of the five in league history.

“I don’t think it’s just me,” said Doncic, who turns 20 on Thursday. “A lot of players help us a lot. We have to trust everybody.”

Even with Porzingis, the Mavericks will run their offense through their 6-7 point guard of the future. Twice as a teenager, Doncic had games with at least 35 points, 10 rebounds and five assists. There have been just two others in NBA history — one each for LeBron James and Kevin Durant.

“If you watch him play all year, if you watch him play tonight down the stretch, you wouldn’t think you’re talking a 19-, 20-year-old kid. It’s just how he carries himself, the confidence, is of a veteran. He’s going to be fun to watch for a long, long time.”

Now that he’s turning 20, Doncic has the same expectations he did at 19 after coming into the NBA as a Euroleague MVP and champion.

“Probably been asked this question 100 times, but I always say I knew I could play here,” said Doncic, who leads all rookies at 20.9 points per game and is second in rebounds (7.3) and assists (5.7). “I knew what I can do. It’s been great. I just have to keep working.”

The teen portion was a big hit.