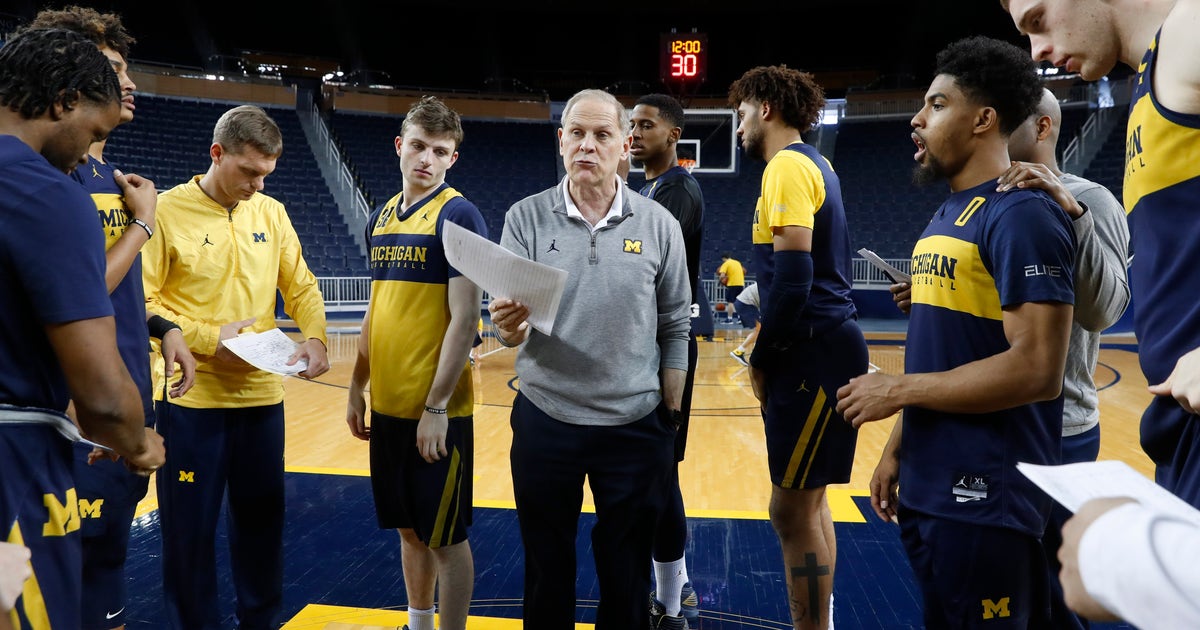 GAME OF THE WEEKEND: No. 9 Michigan at No. 17 Maryland, Sunday. The Wolverines (24-4, 13-4) are one game behind Big Ten-leading Michigan State heading into their home game against Nebraska on Thursday night and will be looking to sweep Maryland after winning the first meeting 65-52 in Ann Arbor on Feb. 16. The Terrapins (21-8, 12-6) will be coming off their most lopsided loss of the season, 78-61 at improving Penn State on Wednesday night. They must be better offensively in round two against Michigan. Two weeks ago they were held to a season low for points, shot 36 percent and committed 16 turnovers.

LOOKING AHEAD: Ohio State (18-10, 8-9) and Minnesota (17-11, 7-10) have some work to do to secure spots in the NCAA Tournament. The Buckeyes‘ 90-70 win over No. 22 Iowa on Tuesday helped their cause, ending their seven-game losing streak against ranked opponents. They held Iowa well under its 80.4-point-per-game average and scored their most points since hanging 107 on Purdue Fort Wayne in November. Resume-boosting games at Purdue and at home against Wisconsin remain. Minnesota benefits from a weak NCAA bubble. The Gophers have lost six of seven entering their game at Northwestern on Thursday night. The Gophers finish at home against Purdue and on the road against Maryland and likely will need a win or two in the Big Ten Tournament.

PLAYER TO WATCH: Freshman center Daniel Oturu has been a bright spot during Minnesota’s rough spell. He averaged 19 points and 10 rebounds in two games last week, going for 18 points and a career high-tying 12 rebounds against Minnesota and matching his career high with 20 points against Rutgers. He leads Big Ten freshmen in rebounding (7.3 per game) and is second among freshmen in blocked shots (1.5).

INSIDE THE NUMBERS: Nine of the 14 Big Ten teams have appeared in one of the major polls this season, and for the fifth week in a row six are ranked. … After scoring 27 points in a win over Michigan last Sunday , Cassius Winston became the fourth Michigan State player with 1,200 points and 600 assists in a career. He joined Mateen Cleaves, Scott Skiles and Denzel Valentine. … Purdue has won 18 straight home games and is 42-4 against conference opponents at home since 2014-15. … Illinois for the first time has freshmen as its top two scorers in conference play — Ayo Dosunmu (14.8 ppg) and Giorgi Bezhanishvili (13.3 ppg).

ON THE WOMEN’S SIDE: Maryland’s 58-55 win over Purdue on Monday clinched at least a share of the Terrapins’ fourth Big Ten regular-season title in their five years in the league, and 10th overall since coach Brenda Frese took over in 2002. … Rutgers has had a bad month. Coach C. Vivian Stringer is taking time off to rest on the advice of doctors, Ciani Cryor was dismissed for violating a team rule and Caitlin Jenkins, suspended after her Feb. 2 arrest on suspicion of simple assault and criminal mischief, also was kicked off the team recently. … Iowa’s starting five accounted for 73 points in a 74-58 win over Nebraska on Monday. Junior Amanda Ollinger made 1 of 2 free throws for the Hawkeyes‘ lone point off the bench.