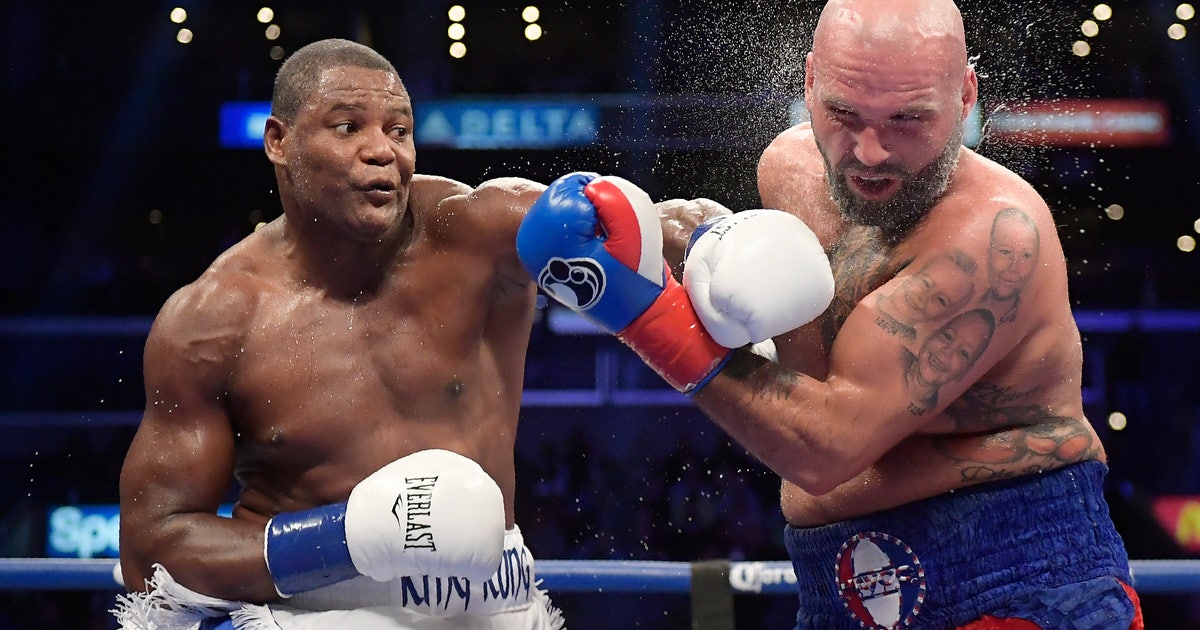 NEW YORK (AP) — Luis Ortiz was scared, though not of anything bad happening in the ring.

With the heavyweight punching power he possesses in his left hand, “King Kong” doesn’t worry too much about getting beat up.

But put a guy with his fear of water on a half-day journey by boat, and that’s a different story.

“I couldn’t even close my eyes for 12 hours straight,” Ortiz said through a translator.

That’s what it took for Ortiz and fellow boxing star Erislandy Lara to leave behind their lives in Cuba for the ones they wanted for themselves and their families in the U.S.

The route to the Barclays Center ring they’ll be in was a perilous one for both fighters, who defected a year apart. Both left behind families, with Ortiz then living separately for 2½ years from the daughter whose health needs were the driving force behind his departure. And the emotional aspect is only part of it.

“He’s speaking about the emotional effect it can have on him and his family. It’s also dangerous, because it’s not like just jumping on an airplane and getting somewhere,” the 39-year-old Lara said while seated at the same table as they shared an interpreter.

“You’ve actually got to go through the ocean, which is dangerous. I’ve known a lot of people who didn’t make it. Died. There’s always a possibility you can drown in that ocean, 100 percent.”

That’s if you even get that far — and Lara didn’t at first.

“The hardest part is knowing the risk. If you get caught, your career is over in Cuba,” Ortiz said.

Lara was caught when he first tried to defect in 2007, along with teammate Guillermo Rigondeaux, while at a tournament in Brazil. He was banned from boxing upon his return to Cuba, but successfully made it out the following year. That required walking about 15 miles to the boat that brought him to Mexico, from where he eventually headed to Germany and finally to the U.S., leaving his two sons, his mother and more in his homeland.

“Boxing’s nothing compared to having to leave your mother, leave your family, leave your friends and start a whole brand new life,” Lara said. “That’s the most difficult thing I’ve had to go through, so boxing, no aspect is as tough as that. So sometimes God has a plan and I just went through with his plan.”

Lara had a lengthy title reign at 154 pounds before a split-decision loss last year to Jarrett Hurd in a unification bout that was voted the best of 2018. Now living in Houston, he and his wife, Yudi, became U.S. citizens in 2017, and he visited Cuba last year for the first time in nearly a decade.

Ortiz, now living in Miami, returns more often and might never have been as motivated to leave the island if not for his daughter, Lismercedes. She suffers from epidermolysis bullosa, a life-threatening genetic skin disease, and sufficient care wasn’t available in Cuba.

So he left in 2009 when she was 4 by boat to Mexico, two days later completing his walk to the U.S. border. He would return to the border in 2012 to meet his family, and Lismercedes is improving through treatments by specialists at Stanford.

Meanwhile, Ortiz has won two fights by knockout since his only loss, when he was stopped by WBC champion Deontay Wilder last March in the same arena where he fights Saturday. If he keeps winning, he can boost his chances for the rematch he seeks, or perhaps a shot at Anthony Joshua, who mentioned Ortiz as a possible future challenger.

But after what he and his family have faced, Ortiz, also 39, doesn’t get too stressed about the wins and losses in the ring.

“It’s just a job, that’s all it is,” he says, before adding: “That pressure, that afraidness that you can be sent back to Cuba, that’s over with now. I’m free.”