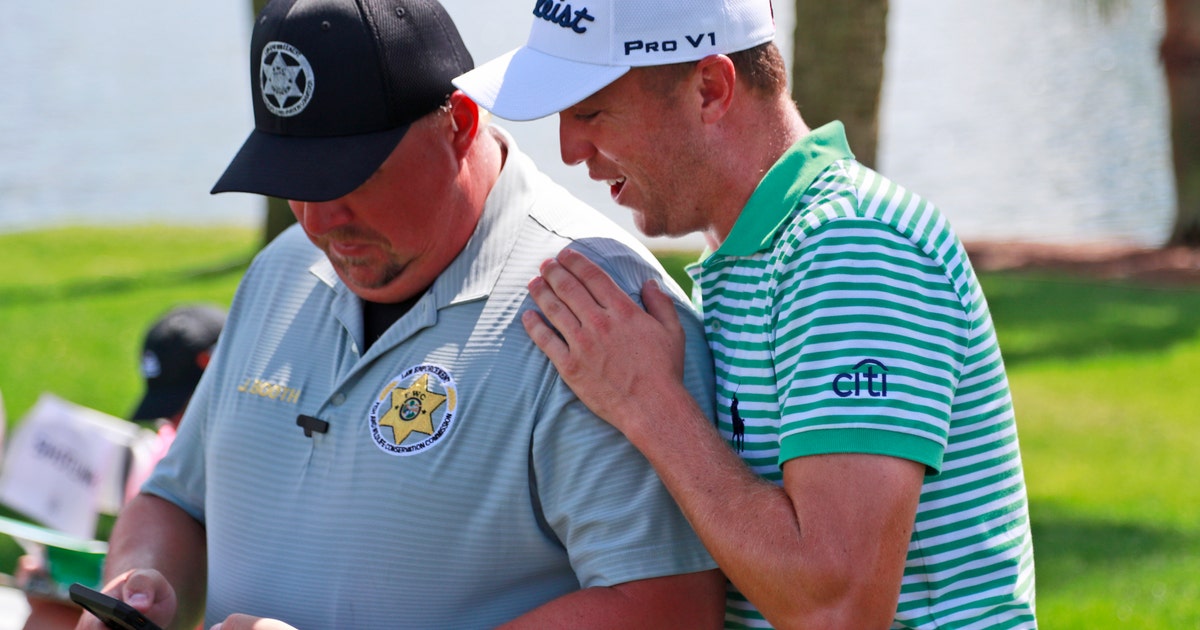 Still feeling the effects of an awkward shot in the opening round, the defending Honda Classic champion said he was dealing with “a dead arm” Friday as he battled his way through a topsy-turvy 4-over 74 in the second round at PGA National. That left Thomas at 2 over for the tournament, and with the afternoon wave still on the course he was one stroke outside the projected cut line.

“My mind is just all over the place,” said Thomas, the world’s third-ranked player who came out this week trying to become the first player since Jack Nicklaus in the late 1970s to win the Honda in consecutive years. “I can’t seem to focus. Not playing well today definitely doesn’t help with that, and that’s no excuse. It’s no one’s fault but my own.”

Thomas’ problems Friday go back to his second shot on the 10th hole Thursday.

His drive came to rest a few feet from a tree, and he had a path to advance the ball — even though he knew he was going to hit the tree with his club on the follow-through. So Thomas took a big whack at it with his 9-iron, figuring the shaft would snap upon impact with the tree.

The shaft merely bent and didn’t break. The contact sent a jolt into Thomas’ right wrist, which was wrapped Friday.

“You could tell he was trying to battle through it,” said Rickie Fowler, who played with Thomas on Thursday and Friday. “Just couldn’t really get it to feel any better.”

The impact with the tree was just one of many interesting moments of Thomas’ two rounds this week.

Thomas started on the back side Friday and opened with a pair of bogeys. Then the par-3 15th, the beginning of the important and daunting three-hole stretch at PGA National called the “Bear Trap” as a nod to Jack Nicklaus, really snagged him. Thomas’ tee ball landed in the water, his third shot was nowhere near where he wanted it and a three-putt from 30 feet left him with to a triple-bogey 6.

He went for the green in two on the par-5 third hole, pushed his shot way right and struck a fan in the arm. The fan was fine, and Thomas — with a cart path and a bunker in his way — holed out off of pine straw from about 50 yards for a most improbable eagle to get back to the projected cut line.

“Tried to run a 3-wood up there and just kind of squirted right on me,” Thomas said. “Was fortunate to have a decent lie and had a shot, a lot of green to work with. And yeah, that was one of the few positives of the day.”

The second shot there actually struck a fan, who was not hurt. After Thomas signed his glove for the man as an “I’m-sorry” souvenir, he told him to just chip it in, which is precisely what happened next.

“Maybe I need that guy to follow me around more often,” Thomas said.

Thomas then birdied the next hole to look safe, in terms of playing the weekend. But he sent his approach into the water on the par-4 sixth, taking a double bogey and finished with three pars. He had a good look at birdie on the par-4 eighth, his 17th hole of the day, but misread a 20-footer and knew immediately it was going to miss to the right.

That left him able to only play the waiting game to see if he’d get a chance to play the weekend.