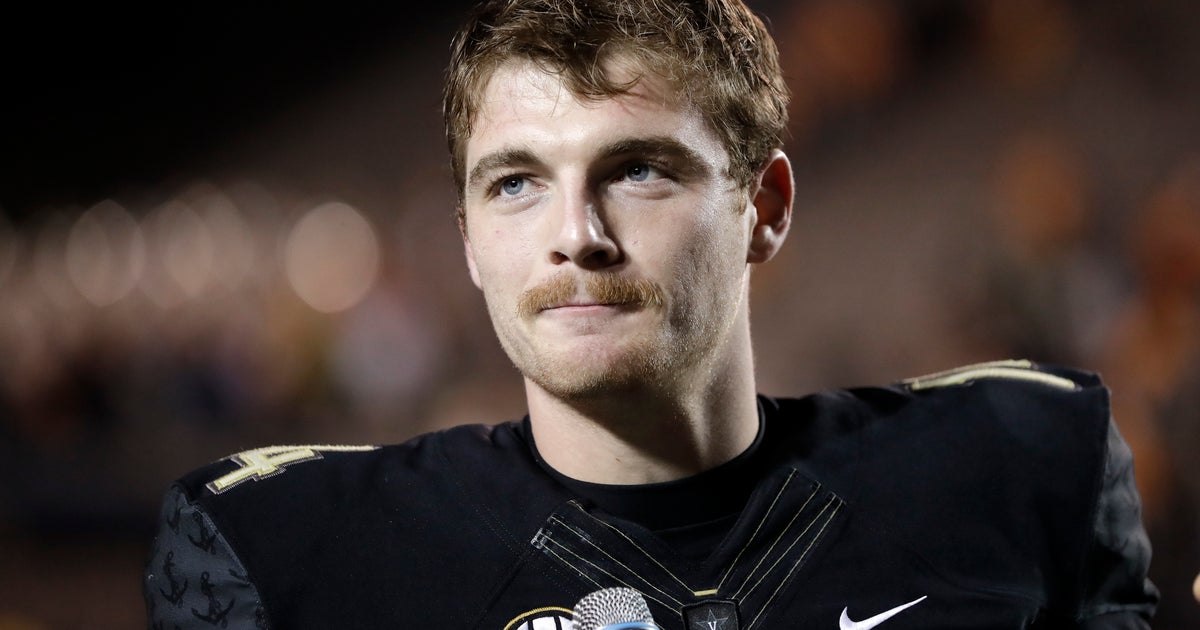 It’s Kyle Shurmur, his 22-year-old son who threw 50 touchdowns over the last two seasons for Vanderbilt.

“Well, I’m extremely proud of him,” the Giants coach said. “He’s made great decisions. He did an excellent job in high school giving himself the opportunity to go to a place like Vanderbilt. He graduated in 3½ years, helped them win games. He’s a good player.

Kyle Shurmur isn’t quite in the same league as the top-flight QBs , but at 6-foot-4 and 225 pounds, a degree in economics and a background that includes a near equal split between under center and shotgun formations over four years in the SEC, he projects as a bona fide pro prospect.

Chances are good he’ll be on somebody’s depth chart come fall. Maybe even the Giants’ roster.

“I’d be grateful for any opportunity I get,” Kyle said.

Even if that means facing his father instead of playing for him.

“Any opportunity I get I’ll be really appreciative,” Kyle said.

He already has an advantage the other QBs don’t. In preparing for the combine, he received tips not only from his agent, Tom Condon, but he also got plenty of fatherly advice about what to expect.

“Growing up I always watched the combine on TV and you only see maybe the bench press, but then you see the on-field drills,” Kyle said, noting it’s so much more than that. “It’s a five-day process. He mentally prepared me for that. My agent and him sort of gave me the scoop of what to expect, five days as opposed to one day.”

Of course, Pat Shurmur has been doling out direction all of Kyle’s life.

An All-Big 10 center at Michigan State, Pat Shurmur never pushed his son to play in the trenches.

“No, in fact he said growing up, make sure you play a position where your hand is not in the ground,” Kyle said.

Rarely did he talk technique with his son.

“I had great coaches at Vanderbilt,” Kyle said. “They coached me hard, coached me well, and he sort of stayed out of it.”

While he shares his father’s passion for football, Kyle wants to follow him into the NFL but not into coaching.

“My dad was always going into work super early, coming back really late at night. My mom was sort of on her own a whole lot, so I don’t know if I’d love the coaching style,” Kyle said. “But being the player, I got a great opportunity right now and obviously being a player would be amazing. It’s been my dream my whole life.”

Kyle had something else the rest of this year’s QB class didn’t: access to the likes of Donovan McNabb, Sam Bradford, Colt McCoy and Brandon Weeden while growing up; he’d help out at training camps in Philadelphia, St. Louis and Cleveland.

“I saw him at the Manning camp two years in a row and then I saw him the last game of the season after my bowl game,” Kyle said. “I went home to see my family and I actually saw Eli on the field before the game. He’s a great guy.”

While both father and son are together in Indianapolis this week, they’ve only spent a few precious moments with each other.

“He’s closer to 40 than he is to 20. That’s no mystery,” Pat Shurmur said. “And certainly, we’re going to try to do the very best we can to get the best players, especially the one that’s playing quarterback.”

While Pat’s aim is to make his team better, Kyle’s is to make a team.

“I want to show that I’m an accurate passer, that I’m athletic and I have a good physical build and do my best with all the running,” Kyle said. “I know that one of my weaknesses is taking off and running, so showing that I’m not really slow, I have the potential to take off and run.”

The Shurmurs crossed paths on the first day of the combine when they were in the “train station,” a large room where teams conduct informal interviews with the more than 300 draft prospects in between their workouts, weigh-ins and physicals.

“I was near the Giants table and saw him for a minute, which was pretty cool,” Kyle said. “He came up and gave me like a hug, bro hug, whatever you call it.”

Father and son, embracing both each other and this brief time together, hoping it continues in the pros.