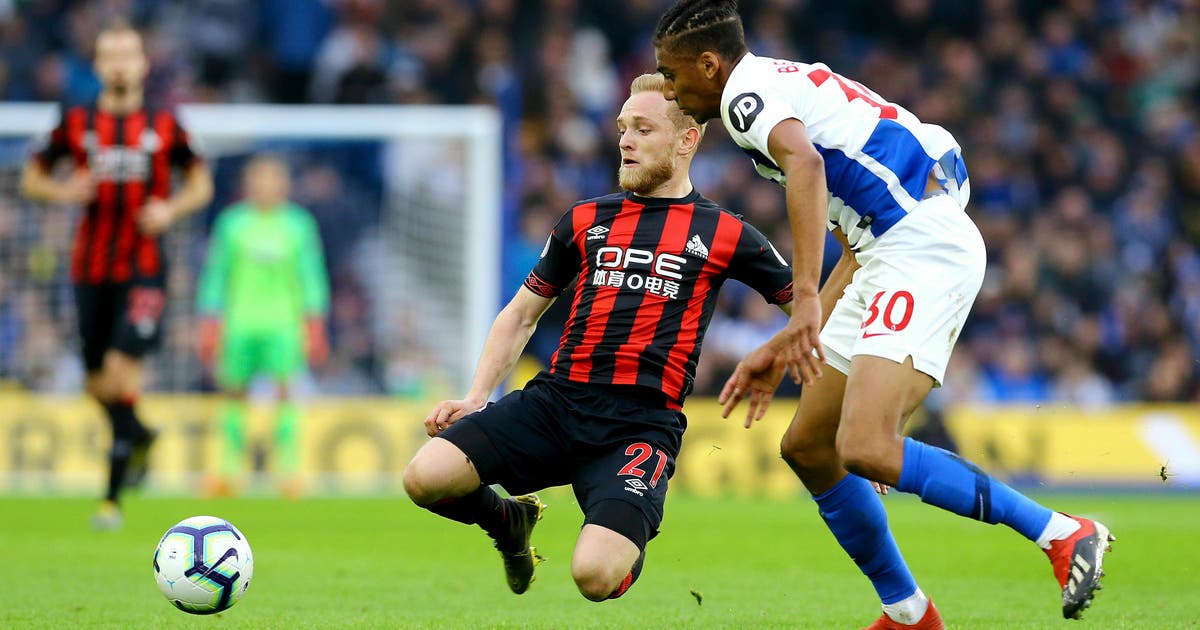 BRIGHTON, England (AP) — Brighton grabbed its first Premier League victory of 2019 at the eighth attempt with a 1-0 win over rock bottom Huddersfield on Saturday.

The victory halted a slide that had threatened to drag the Seagulls from mid-table at Christmas into the drop zone.

Substitute Florin Andone scored the only goal after 79 minutes of a nervy encounter, his fourth league strike of the season giving his side three points they just about deserved.

Huddersfield had won for the first time in 15 matches in midweek, but back-to-back victories proved beyond them.

Andone, who replaced Glenn Murray in attack, forced a flying one-handed save from Jonas Lossl with a shot on the turn from 20 meters (yards) and then settled the match with 11 minutes to go.

Anthony Knockaert took a pass from Jose Izquierdo and crossed for Andone to escape his marker and glance a header over Lossl into the net.

The Romanian striker, a close-season signing from Deportivo La Coruna, had scored his first goal for Brighton against the same opponent in December.