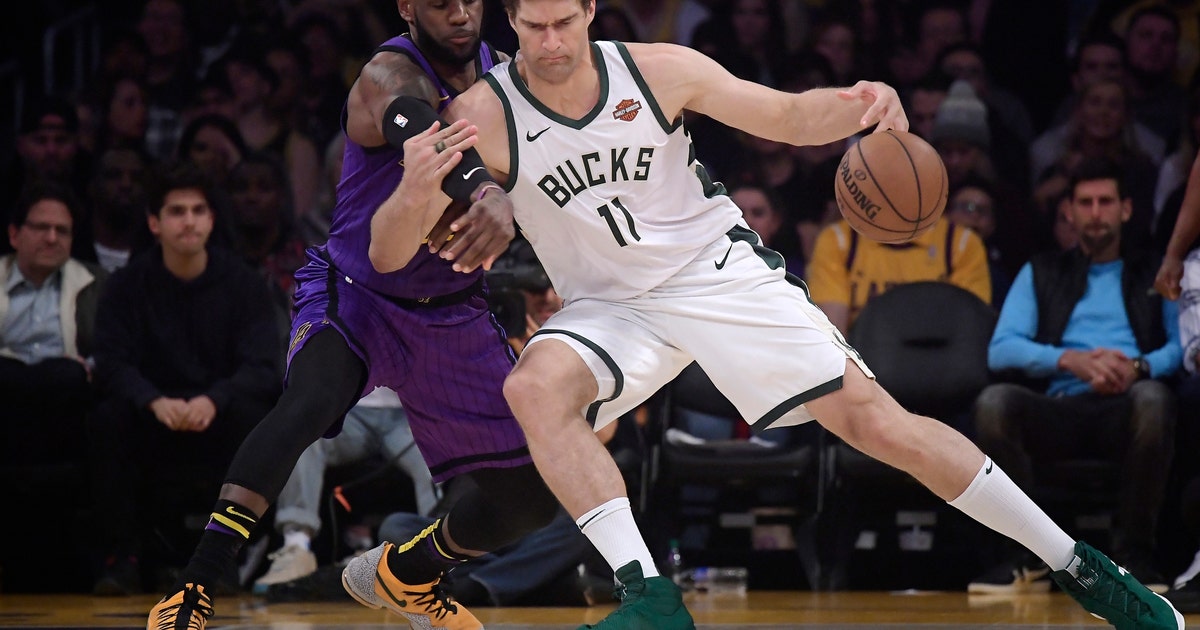 LOS ANGELES (AP) — Eric Bledsoe scored 31 points, Malcolm Brogdon added 21 points, and the Milwaukee Bucks held off the Los Angeles Lakers 131-120 on Friday night for their eighth consecutive victory and 10th in a row on the road.

The NBA’s best team had its hands full for much of the fourth quarter, when the game was tied six times over the final seven minutes.

Bledsoe’s basket tied it for the last time at 118-all. That launched a game-ending 15-2 run with all but four of the points scored by Bledsoe and Brogdon.

Rajon Rondo and LeBron James had turnovers during the Bucks’ spurt.

Giannis Antetokounmpo was held to 16 points — below his 27-point average — and 15 rebounds for Milwaukee.

James and Rondo combined to score 15 straight points during a stretch in the fourth that drew the Lakers to a 113-all tie. But Los Angeles scored just seven points the rest of the game.

Ingram powered the Lakers to their largest lead of the game, 79-67, with eight of their first 14 points to open the third. He had a highlight one-handed dunk over 7-foot Brook Lopez that brought the Lakers’ bench to its feet.

Ingram and James had 10 points each in the quarter.

The Lakers outscored the Bucks 15-9, with six by Kyle Kuzma, to end the first half leading 65-59.

Lakers: G Lonzo Ball (bone bruise, sprained left ankle) will be re-evaluated in a week. He’s missed 15 straight games since Jan. 19, when he was hurt in a collision with Houston’s James Harden. … G Lance Stephenson (second toe sprain on left foot) sat out, but was not to be missed on the bench in a cherry red jacket. … They fell to 5-10 without Ball in the lineup. … Hall of Famer Kareem Abdul-Jabbar sat courtside, and former Lakers ironman A.C. Green attended.

Bucks: At Utah on Saturday in the second game of a back-to-back.

Lakers: At Phoenix on Saturday in the second game of a back-to-back before returning home for three in a row.