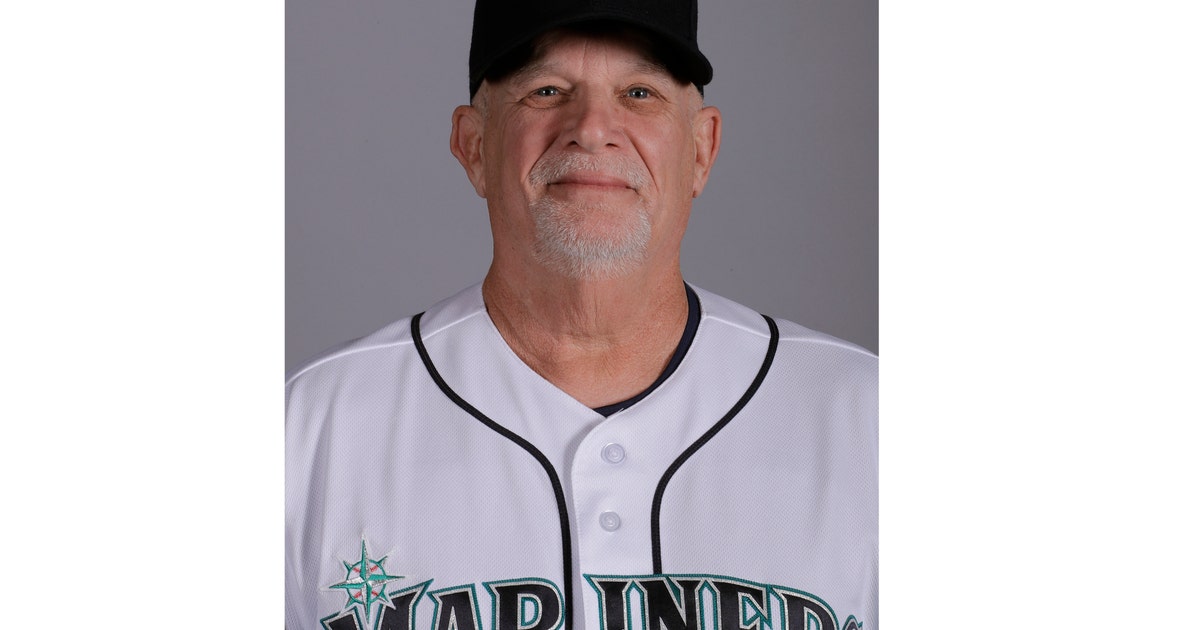 PEORIA, Ariz. (AP) — Ask around the Seattle Mariners spring training complex and the most popular person putting on a uniform each day is likely a 66-year-old who is nearly four decades removed from playing professionally, and has become a respected authority throughout baseball as one of the best infield instructors around.

The move by the Mariners to hire Perry Hill as their first base and infield coach in the offseason went mostly unnoticed, but his influence is already making a difference.

“Oh man, I think he saved my career, honestly,” said shortstop J.P. Crawford, one of the Mariners’ key offseason acquisitions of young talent. “I was having a problem where I couldn’t point them out or see them, and I took groundballs with him for a day and he fixed me and got me right. He brings energy to this team. We need him on our team. I love him. He’s probably everyone’s favorite on the team. He just brings so much energy to the team and he’s so important to us.”

Crawford didn’t meet Hill until this year after he was traded from Philadelphia to Seattle and spent a few days in January in Arizona working with Hill. There’s plenty of opportunity for Hill to teach in Seattle, both with the current group of major leaguers that could use some refinement, and with the Mariners’ crop of prospects they hope will be in the majors in a few years.

“I like the teaching part. Maybe a tweak here, tweak there to help somebody,” Hill said. “These guys are tremendous athletes or they wouldn’t be here to begin with, but sometimes they get off track and they need a road map and I’m kind of like a tour guide. They’re doing the tour and every once in a while they get off the path and it’s my job to get them back on.”

The longest relationship with Hill belongs to second baseman Dee Gordon. When Gordon was traded from the Los Angeles Dodgers to Miami before the 2015 season, Hill was serving as the Marlins’ infield coach. Gordon had struggled at times in Los Angeles with consistency throwing and it was one of the first tasks Hill took on.

Gordon was skeptical, at best.

Ultimately, Gordon had to be open to some of Hill’s ideas. And it was one of the first drills that gained Gordon’s trust. Hill told Gordon to field a ball at second base, close his eyes and throw to first.

“He tells me to throw a ball with my eyes closed. If I do everything right it will go right to the first baseman,” Gordon recalled. “I throw it, and listening for the chain-link fence, and ‘pow.’ I don’t believe it. Let me go over to shortstop and try. Second base is easy. I go over to shortstop, same thing. … I’m like, yo, this is crazy.”

Gordon went on to win a Gold Glove in his first year with the Marlins, and in 2017 with Gordon playing 158 games, Miami had the best fielding percentage in baseball at .988.

“He’s awesome. He cares. It’s not just a job for him,” Gordon said. “He cares about you doing the things to get better so you can be as good as possible for our team, for our defense. It’s not coincidence the teams he’s had have broken records for fielding percentage.”

It was Gordon who was at the center of the discussions that eventually led to Hill leaving Miami and landing in Seattle. Mariners manager Scott Servais reached out to Hill last season when Gordon was moved from center field back to second base to get some idea of how long it might take Gordon to make the transition in the middle of the season. Servais had tried and failed to hire Hill many years ago when Servais was the farm director in Texas. This time, there ended up being a position for Hill after Servais reorganized his coaching staff in the offseason.

“Far exceeded my expectations. Just the energy. The understanding of what it takes, doing the grind every day,” Servais said. “Perry has a system. He teaches a system. He knows it like the back of his hand — it’s not something that is data driven. It’s his eyes and teaching and having a feel for players’ strengths and weaknesses and addressing the weaknesses. And in a positive way to get the players to want to work. There is an art to coaching. It’s not a science, it’s an art, and he’s a pretty good artist.”