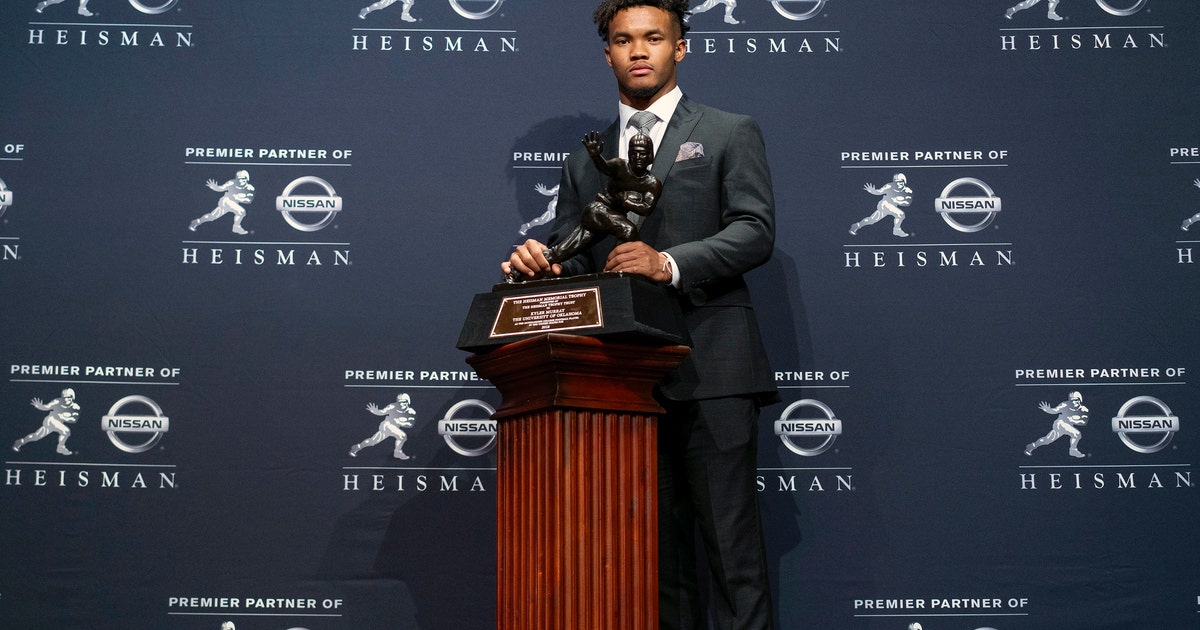 INDIANAPOLIS (AP) — When Kyler Murray joined the Heisman Trophy club in December, Charlie Ward thought about his initiation in 1993.

Back then, the Florida State quarterback was the shiny new star, ready to embark on a world full of options.

Everyone wanted to know if the promising dual-sport phenom could become the next Deion Sanders, the next Bo Jackson or perhaps an even bigger celebrity. His talent was off-the-chart good, and he seemed destined to be a winner wherever he went.

A few weeks later, Ward sealed his fate by working harder on basketball than preparing for the NFL draft.

The former NBA player never regretted that decision and doesn’t believe Murray should either after choosing football over baseball.

“It was calculated and a risk, but it’s what I wanted to do,” Ward told The Associated Press earlier this week. “It’s the same thing I shared with Kyler at the Heisman dinner — when you make your decision, take your time and know there are consequences. I knew I wasn’t probably going to end up getting drafted (by the NFL) because I wasn’t 100 percent committed.”

Murray insisted again Friday at the NFL’s annual scouting combine that he’s all-in on football, assuring Ward he’ll still be the last Heisman Trophy winner to never play a down in the NFL.

If everything goes right this week in Indianapolis, at Oklahoma’s pro day in mid-March and during the first day of the April draft, Murray will have one of the rarest resume lines in sports: First-round draft pick by the NFL and Major League Baseball.

Not even Ward can’t boast about being a two-time first round pick — though he did start for the 1998-99 NBA runner-up New York Knicks.

For Murray, it was an easy call.

“Yes, it’s my final decision,” he told a throng of reporters Friday. “I’m here. I’m ready to go. There’s no turning back.”

For others, the choice wasn’t so simple.

Ward, now a high school basketball coach in Tallahassee, Florida, made up his mind when NFL scouts knocked him for his size and projected him as a mid-round pick. Murray heard similar questions before measuring in at 5-foot-10 1/8 in Indy.

Sanders and Jackson, of course, balanced two-sport careers until essentially being forced to choose one.

Tim Tebow, the 2007 Heisman winner, bounced around the NFL for several years then began pursuing a baseball career.

Some, such as San Francisco Giants pitcher Jeff Samardzija, even have second thoughts.

Smaradzija made up his mind after reporting to Notre Dame for football in 2006 after a six-week, minor-league stint. The side-by-side comparison helped the talented receiver select the sport that made him happier. But after working his way from the minors to the major-league level, Samaradzija wondered if he made the wrong choice when he was sent down in 2009.

“I called up my agent and said, ‘All right, start lining up tryouts.’” he said. “We talked a day or two later and let the senses cool. I thought that looked chintzy to just quit right then and there. I wanted to give it a little more (time). It’s a learning process.”

Murray believes it won’t happen to him.

Since making the announcement Feb. 11, he has continually rejected any notion he’ll change sports — or use baseball as leverage.

But football executives can’t simply take Murray at his word. Team doctors will spend this weekend poking and prodding Murray’s body for injuries, scouts will evaluate Murray’s strength and speed, and the league’s decision-makers will probe to see how committed Murray is to the sport.

One of those conducting interviews could be Denver Broncos boss John Elway, whose threat of playing baseball forced the Baltimore Colts to trade him to Denver after taking him No. 1 overall in 1983. Elway spent his entire 16-year career in Denver, where he won two Super Bowls and the 1987 MVP award.

“What I like about guys who do multiple sports is it shows me they’re great competitors and they want to be great at what they do,” Elway said. “They like to compete, whether it be football, basketball (or) baseball. The competitive side and the athleticism that they have to be successful in both is a big thing.”

The three-time Texas state football champion started his college career at Texas A&M then transferred to Oklahoma where he sat one season before serving as the backup to 2017 Heisman winner Baker Mayfield.

Then, after being drafted No. 9 overall by the Oakland A’s last summer, Murray delivered his own award-winning football season.

He completed 69 percent of his throws and finished with 4,361 yards, 42 touchdowns and seven interceptions, capping it with the Heisman dinner and an appearance in the College Football Playoff. And now everyone, including Ward, can’t wait to watch Murray’s next chapter.

“I spoke with him at the Heisman dinner and haven’t spoken to him since,” Ward said. “I’m not sure if he’s throwing, but I’m sure he’s preparing himself for that and I wish him well in his career.”