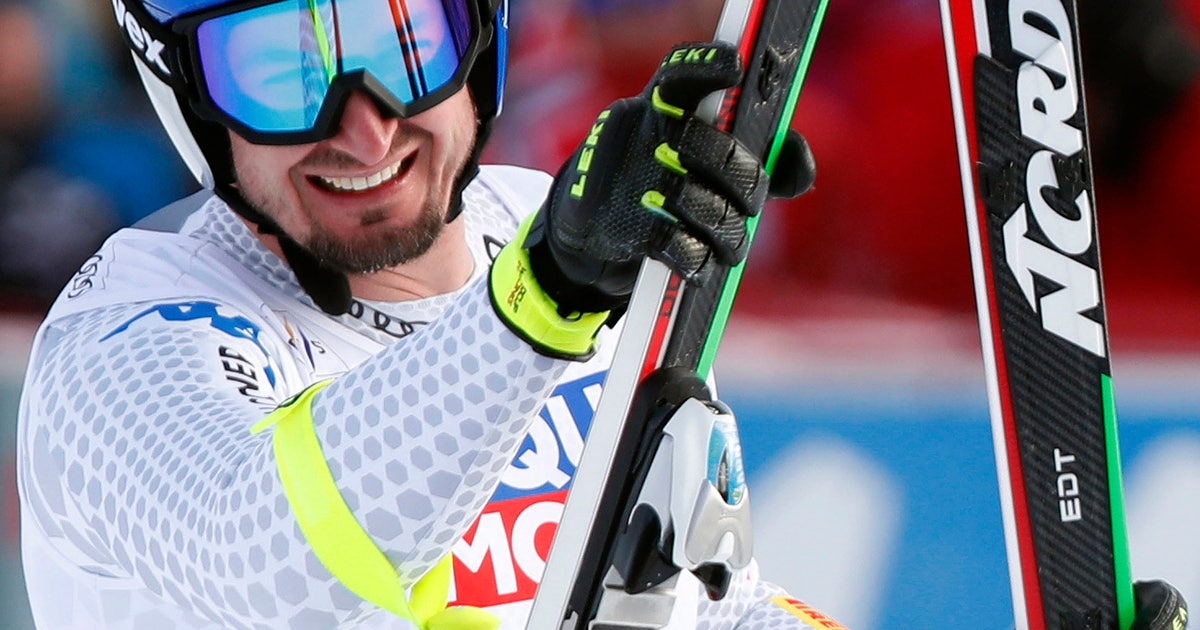 The Italian trailed then leader Feuz by 0.30 seconds at his last intermediate time but made up more than a half-second in a blistering finish section to win by 0.25.

Paris needed to finish ahead of Feuz to stay in contention ahead of the last downhill of the season, at the World Cup Finals in Soldeu, Andorra, on March 13.

Feuz, who won the downhill title last season, is still 80 points clear of Paris in the standings, with a win worth 100 points.

After winning the classic events in Bormio and Kitzbuehel, this was Paris’ third downhill victory of the season, and 11th in total. Christof Innerhofer (2012-13) and Kristian Ghedina (1996-97) were the only other Italians to win three downhills in one campaign.

Feuz has won just one race this season, in Beaver Creek in November, but became the first skier since Austria’s Stephan Eberharter in 2004 to finish on the podium in six straight downhills. He had top-three results in 11 of the last 12 races.

Paris’ victory was threatened by Matthias Mayer, who led the Italian by 0.42 halfway through his run. But the Olympic super-G champion from Austria came off the race line in the final part of his run and finished 0.37 behind in third.

Downhill world champion Kjetil Jansrud of Norway finished more than a second off the lead.

Results were provisional as several lower-ranked skiers were yet to start.