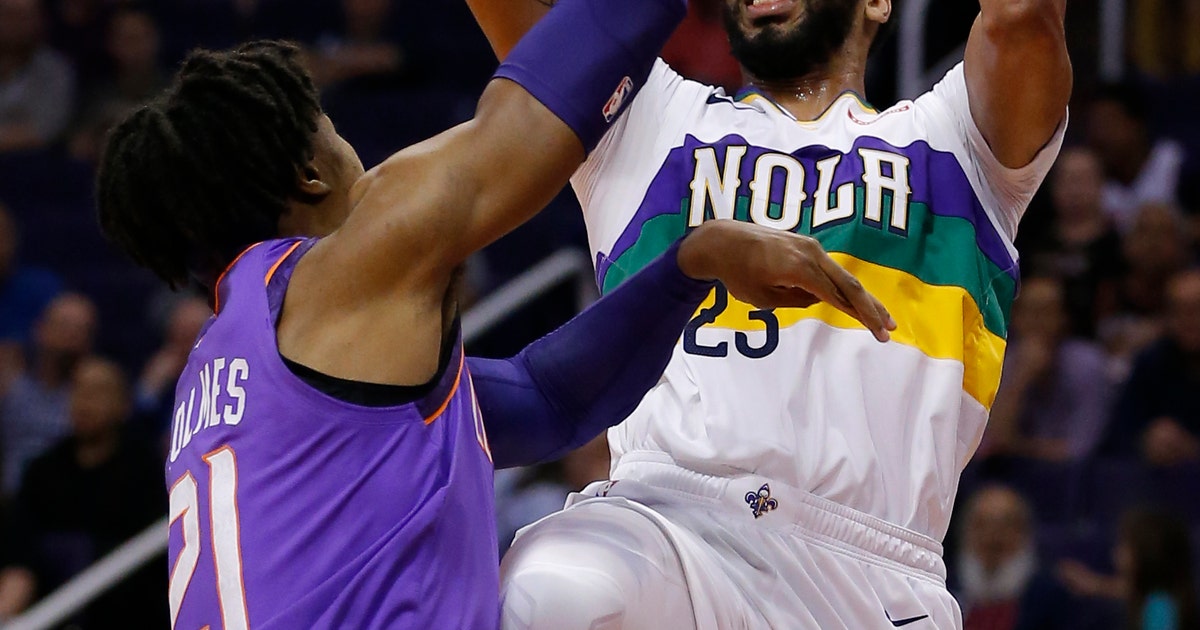 PHOENIX (AP) — Julius Randle scored 16 of his 22 points in the third quarter, leading the New Orleans Pelicans to a 130-116 win over the Phoenix Suns on Friday night.

The Pelicans took control in the third quarter and led for all but 1:13 of the second half. Booker hit a 3-pointer with 2:18 remaining as Phoenix closed within 119-112, but the Pelicans scored the next eight points.

The Suns led by as many as 11 in the first quarter. The Pelicans cut the lead to two, 34-32, but Phoenix hit four 3-pointers in the first five minutes of the second quarter — two each for De’Anthony Melton and Daniels off the bench — to take a 48-38 lead.

Davis scored 15 points on 6-of-7 shooting in 13 minutes of the first half.

The Suns trailed by as many as 12 in the third, before Booker scored a vicious one-handed dunk over Davis that got the fans out of their seats and made it 80-74.

Davis left the game for good with 3:29 left in the quarter, and the Pelicans rebuilt their lead. Holiday’s 3-pointer with 1:32 left made it 92-81 for New Orleans.

PELICANS: Davis heard boos from the Phoenix crowd when at the foul line in the second quarter. He requested a trade in late January, but was not dealt. … Former Phoenix player Elfrid Payton had eight points and 10 assists. … The Pelicans made 16 of 27 3-point attempts.

SUNS: F Josh Jackson heard a few derisive whistles from the crowd when checking in for the first time in the first quarter. Jackson was fined by the Suns for a violation of team rules on Thursday, after reportedly missing a scheduled autograph session. He was also heckled when he missed a dunk. … F Dragan Bender made his eighth start of the season and scored eight points. … G Jamal Crawford did not play after scoring 16 points in the Suns’ previous game. He’s been held out in two of the last three games.

Pelicans: At Denver on Saturday night.