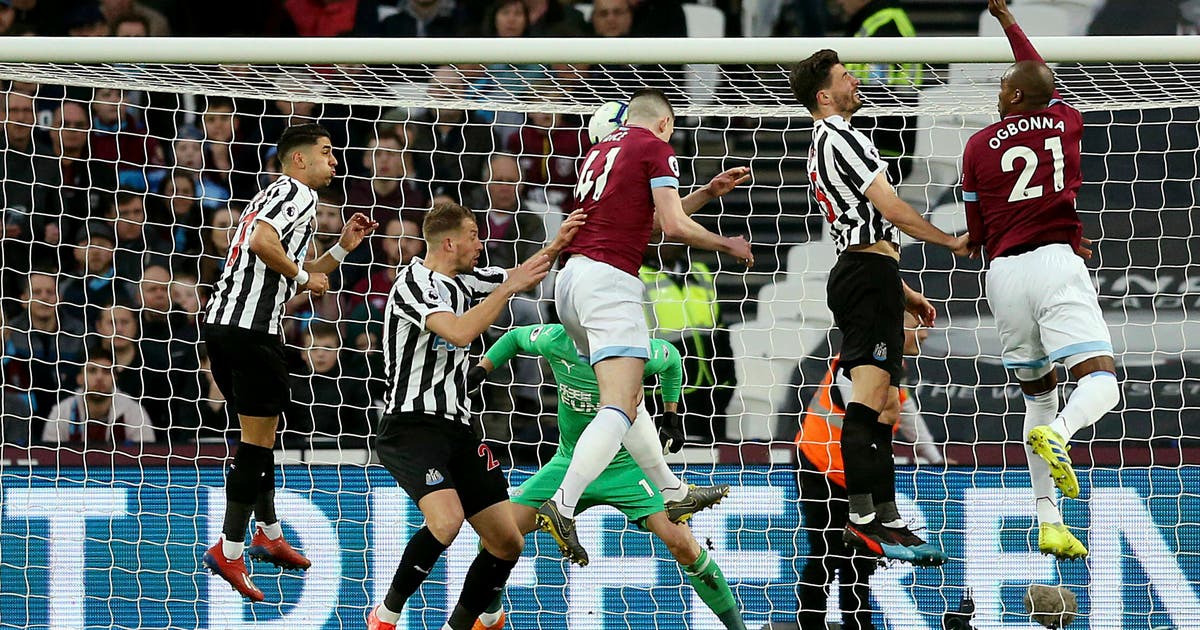 LONDON (AP) — Declan Rice passed his latest England audition with a goal and an authoritative display in West Ham’s 2-0 win over Newcastle in the Premier League on Saturday.

The central midfielder, who last month switched allegiance from Ireland to the country of his birth, scored the opening goal — a header from Robert Snodgrass‘ corner — at the Olympic Stadium in front of watching England assistant coach Steve Holland.

It was fitting that two tenacious midfielders were on the scoresheet on the day West Ham paid tribute to its original enforcer.

The club officially opened the Billy Bonds Stand in honor of its former captain and record appearance-maker. The great and the good of West Ham, including Trevor Brooking, Alvin Martin and Brian Dear, gave the 72-year-old Bonds a guard of honor.

Bonds was never capped by England but Rice is expected to receive his first call-up when Gareth Southgate names his latest squad on March 13, providing the paperwork goes through in time.

It is Rice’s defensive qualities — shielding the back four, snuffing out attacks and snapping into tackles reminiscent of Bonds in his heyday — which have caught Southgate’s attention.

But the 20-year-old has also developed an eye for goal and he opened the scoring after just seven minutes, rising above a static Newcastle defense to nod home.