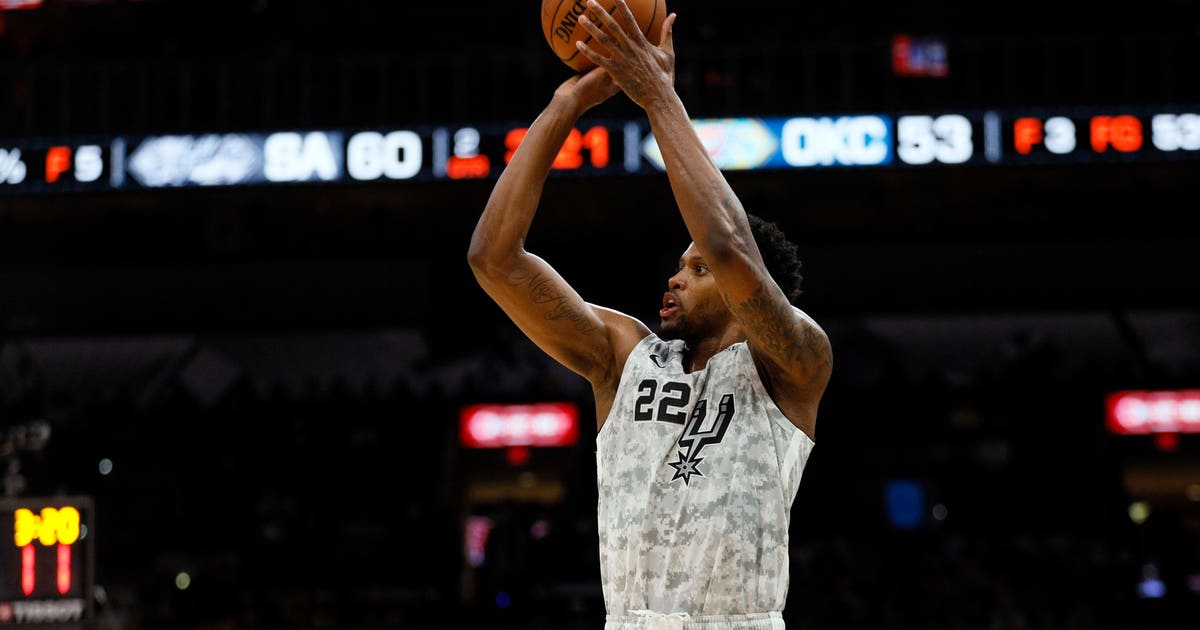 SAN ANTONIO (AP) – A change of scenery has made all the difference for the Spurs.

After a lackluster defensive performance during a recent road trip, San Antonio is suddenly back on its feet.

LaMarcus Aldridge had 27 points and 10 rebounds and the Spurs led for all but 30 seconds in defeating Oklahoma City 116-102 on Saturday night, handing the Thunder their fourth straight loss.

“We’ve played more like we did during that stretch about mid-season,” San Antonio coach Gregg Popovich said. “I guess, for about 10 or 12 games, we did really well in all defensive categories. Then it kind of went away, it was kind of mercurial. Now, we’re hoping that we’re going to get consistent with it down the stretch here because when we do play defense we’re a pretty good team.”

Oklahoma City, which has lost five of six, remains third in the Western Conference but has the same record as Portland at 38-24.

San Antonio moved into seventh in the West past the Los Angeles Clippers, who have an identical 35-29 record.

The Spurs have won six consecutive home games, including two since going 1-7 on their annual Rodeo Road Trip. San Antonio held Detroit to 93 points in their previous game.

“Just communicating, playing hard, getting to our spots and just trying to make things difficult on our opponents (defensively),” DeRozan said of the turnaround. “We’re doing it each quarter and each quarter being more conscious of it.”

The Thunder were without leading scorer Paul George, who missed his second straight game with a sore right shoulder. The team struggled to replace George’s 28.6 points per game, which obviously impacted their offense.

“A lot, obviously,” Russell Westbrook said, bristling at the question. “When the MVP is not on the floor, he averages 30 points a game, it changes the offense a lot. You know the answer to that question.”

Oklahoma City was held to 39 points and went 3 for 15 on 3-pointers in the second half while losing their eighth straight in San Antonio.

The Thunder’s only lead came at 7-6 when Dennis Schroder made one of two free throws with 9:05 remaining in the first quarter.

Schroder finished with 18 points. Westbrook added 19, but Oklahoma City’s fiery point guard was 7 for 17 from the field.

San Antonio set a season high with 72 points in the first half, fueled by a strong start by Aldridge.

Aldridge had 17 points in the first quarter, making his first five shots and combining with Derrick White to open the game 8 for 9. Among the baskets was White driving through the lane to deliver a no-look pass to Aldridge under the rim for a layup.

The Spurs made 29 mid-range jumpers and shot 50 percent overall.

“He’s been able to be the focal in that group and score and kind of carry that group and keep it going,” Aldridge said. “It’s been good lately and tonight it was really good. He got going and he carried that unit and gave myself and DeMar a longer break.”

Thunder: Oklahoma City’s last win in San Antonio came Dec. 25, 2014, when Westbrook had 34 points and 11 assists. … The Thunder scored five points in the final minute of the first quarter to avoid equaling their previous low in the opening period of 20 points against the Clippers on Oct. 19. … Oklahoma City’s lowest production in the third quarter was 14 points at Dallas on Dec. 30. … Adams picked up his third foul with 4:45 remaining in the first half, but remained in the game and picked up only one other foul while playing 23 total minutes.

Spurs: Recently retired San Antonio guard Manu Ginobili was in attendance watching the game with his sons. Ginobili’s jersey will be retired March 28 following the Spurs’ game against the Cleveland Cavaliers. … San Antonio’s previous high for a half was 70 points, which they achieved three times. … Aldridge has scored the most points against the Thunder since 2006. Aldridge surpassed Dirk Nowitzki’s 876 points in the opening quarter.

White, who spent much of last season in the G League, only had two assists but helped settle the Spurs into their offense with his steady pace at point guard.

White shot 6 for 10 from the field and had only two turnovers in 30 minutes.

“I’d say he has probably shown he belongs,” Popovich said.