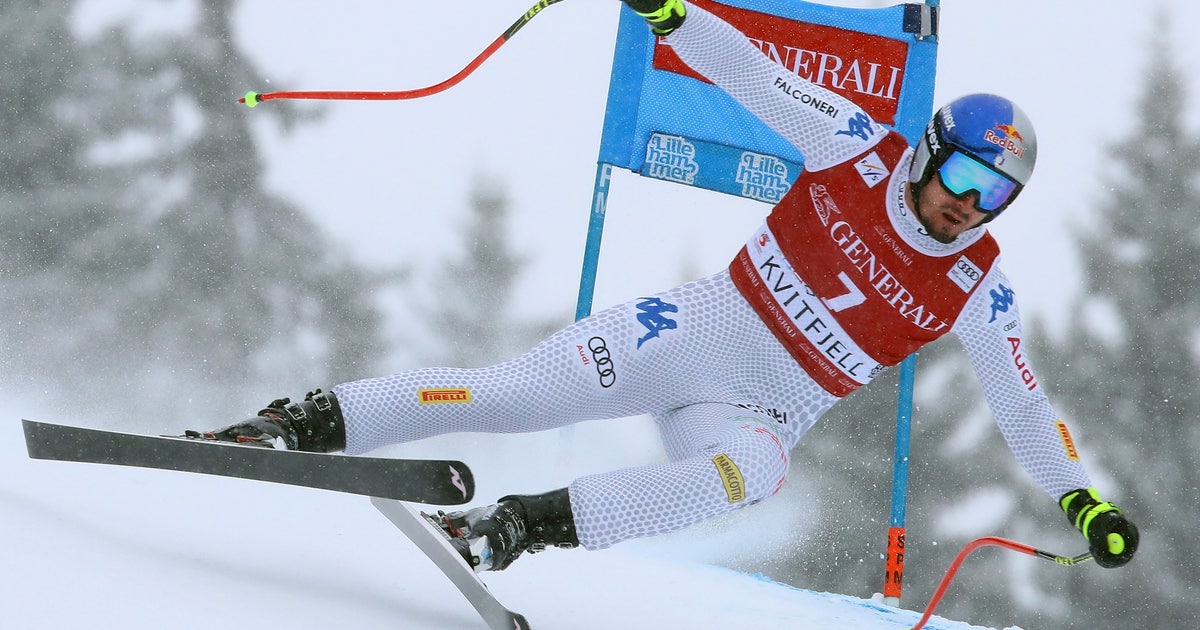 KVITFJELL, Norway (AP) — Dominik Paris won a men’s World Cup super-G on Sunday for his second victory of the weekend.

A day after winning the downhill on the same course, the Italian skier beat Kjetil Jansrud of Norway by 0.43 seconds and Beat Feuz of Switzerland by 0.60.

Paris moved top of the super-G standings after his latest win. He leads Vincent Kriechmayr of Austria by 44 points, Aleksander Aamodt Kilde of Norway by 63, and Jansrud by 64 with only the season-ending race remaining at the World Cup Finals in Soldeu, Andorra, on March 14. The winner gets 100 points.

Kriechmayr, who held a slim lead in the season standings coming into the race, finished fourth, 0.82 behind Paris. Travis Ganong of the United States was another 0.07 further back in fifth.

Olympic super-G champion Matthias Mayer timed 1.47 off the lead and finished outside of the top 10. The Austrian was runner-up in the standings before the race but dropped to fifth.

It was the 14th career victory for Paris, who repeated his feat from Bormio, Italy, where he also won a downhill and a super-G on consecutive days in December.

Results were provisional as several lower-ranked racers were yet to start.

Following snowfall in the morning, the race was delayed by a half-hour to allow low clouds to move and to give course workers time to clear up to 15 centimeters of fresh snow.