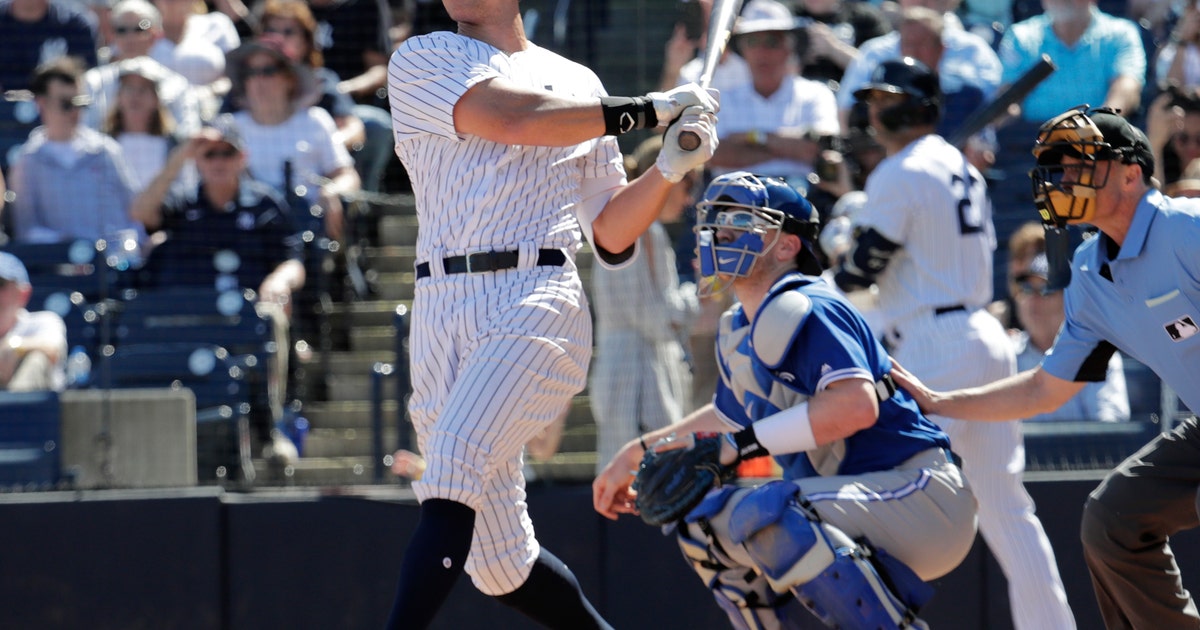 “Get this whole team healthy, we’re going to crush the record that we set last year,” Judge said.

New York broke the previous mark of 264 by the 1997 Seattle Mariners despite injuries that limited Judge to 112 games, Gary Sanchez to 89 and Greg Bird to 82.

“I just think that we’re capable of doing better than we were last year overall as an offense,” Gardner said.

Judge, slowed by a right wrist injury last season, and Gardner each hit two homers in Sunday’s 7-1 win over the Detroit Tigers.

Judge came to camp after a normal offseason. He was slowed slightly at the start of spring training last year following left shoulder surgery.

“Just working on my swing. Last year I didn’t get a chance to do that at all,” Judge said. “I’m just trying to have a healthy season. Then we’ll see where the numbers are at.”

Judge hit 27 homers last season and Giancarlo Stanton led the Yankees with 38 in the first season after he was acquired Miami. Stanton led the major leagues with 59 homers in 2017, when Judge topped the AL with 52.

Bird is completing to regain his first-base job from Luke Voit, who hit 14 homers in 39 games after he was obtained from St. Louis.

“I think we have a nice balance both offensively and defensively,” general manager Brian Cashman said. “But got a long way to go. It’s too early to get excited about anything, obviously, other than the fact that we feel like the collection of talent we have, you can see that talent on display.”

“I’m closing the chapter on these questions about high-end free agents from the winter time,” Cashman said. “I’d rather focus on the here and now, and the real rather than unreal.”