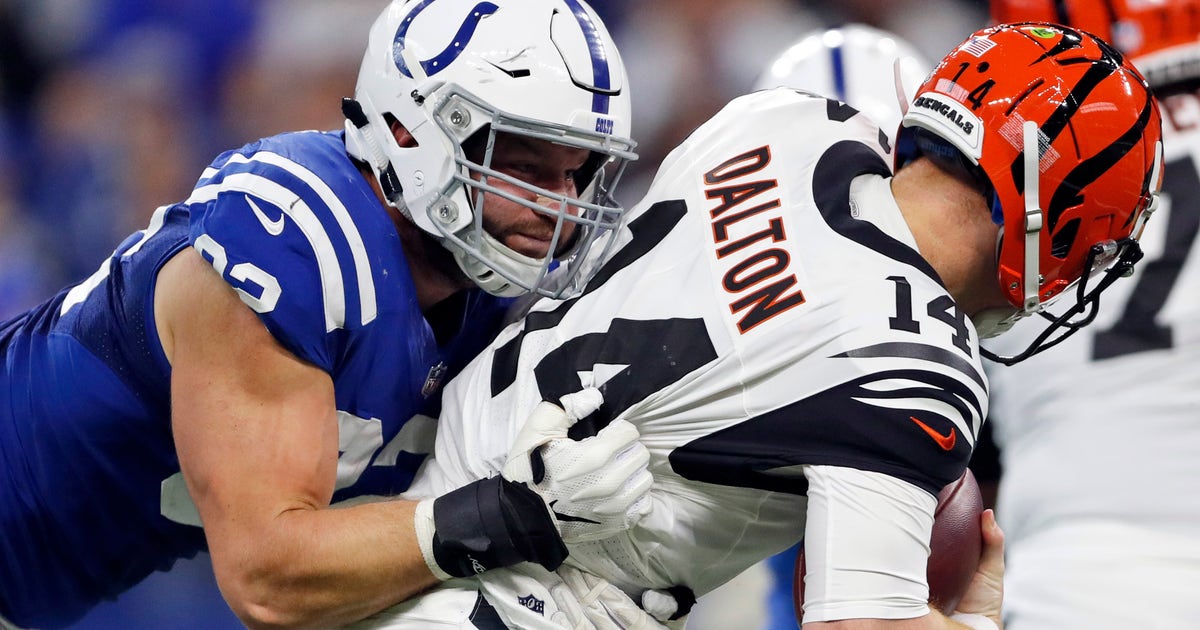 INDIANAPOLIS — Margus Hunt enjoyed playing in Indianapolis so much last season he decided to stick around for two more years with the Colts.

And he didn’t give anyone else a chance to weigh in.

One week before Hunt was set to become a free agent, the starting defensive tackle agreed to a new contract assuring he will play a key role as the Colts’ promising young defense tries to take the next step.

ESPN first reported Hunt would receive $9 million over the next two seasons, terms a person with knowledge of the deal confirmed to The Associated Press. The person requested anonymity because Indianapolis does not release terms of contracts publicly.

Hunt, 31, might have been able to get more on the open market after starting 15 games last season and posting career highs in tackles (30), sacks (five) and tackles for loss (13). He also forced one fumble, recovered another and showed the skills that made him a second-round draft pick in 2013.

But Hunt liked the fit — on the field and in the locker room — after Indy changed coaches and switched back to a 4-3 defensive front.

The Colts liked the results after moving the 6-foot-8, 298-pound lineman from defensive end to defensive tackle, partially because of need but also because his length and quickness made him a disruptive force on the interior line.

General manager Chris Ballard told reporters last Wednesday he wanted to keep Hunt and intended to meet with his agent during the NFL’s annual scouting combine, which ended Monday in Indy.

It didn’t take long to work it out.

“I was really hoping this contract would happen sooner rather than later, so it wasn’t really a hard decision as to whether we should play the market or not,” Hunt said. “I knew if a situation developed where I could be back here in this market and with these guys, it was a no-brainer.”

Ballard prefers using salary-cap space to keep his own players whenever possible. He’s already re-signed three key players this offseason — kicker Adam Vinatieri, right guard Mark Glowinski and now Hunt — and he could make more moves before the market opens next Wednesday. The most likely in-house candidates would be safety Clayton Geathers and cornerback Pierre Desir.

But with roughly $105 million in cap room, Ballard still has plenty of money to plug holes. And he has Hunt back to help.

Hunt was originally drafted by Cincinnati and made 84 tackles and had 7 ½ sacks in four seasons with the Bengals. He joined the Colts as a free agent in 2017 and played primarily as a backup that season.