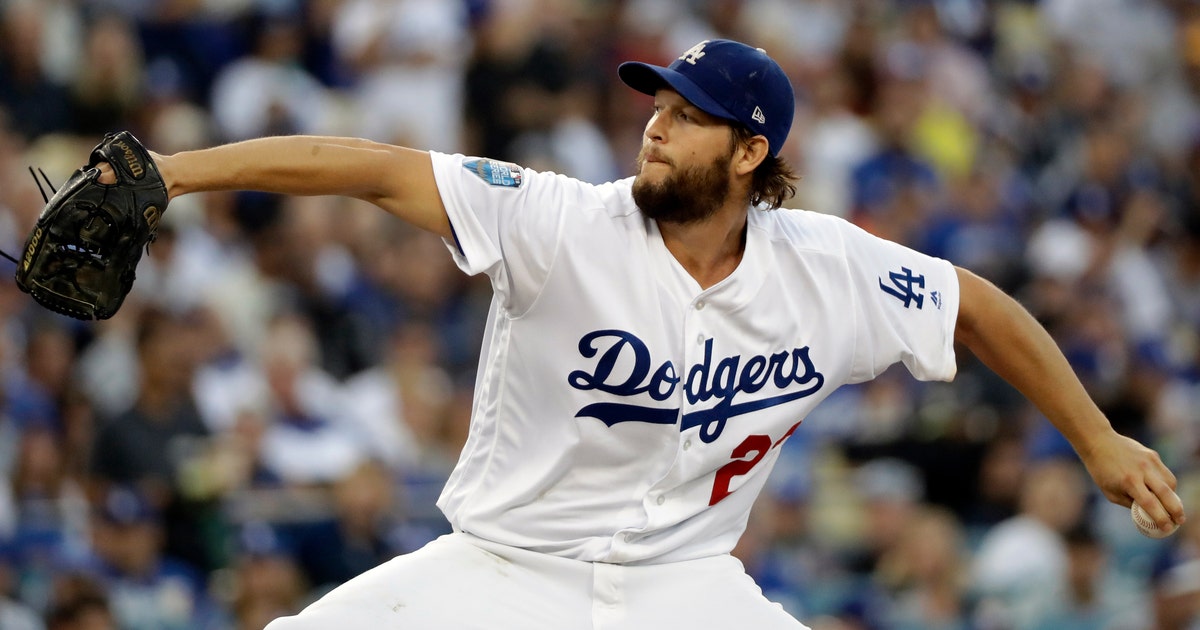 Clayton Kershaw might not be on the mound when the two-time NL champion Los Angeles Dodgers start the season.

The lefty ace is working his way back from shoulder soreness that caused him to shut down his spring training.

“There’s just way too much importance put on the opening-day roster. The No. 1 thing is for him to be ready and to feel confident physically and mentally,” Roberts said, “and when that is, it is.”

Kershaw has made a franchise-record eight consecutive opening day starts, and was tabbed to do so again when the Dodgers arrived in Arizona.

But a couple days later, the three-time Cy Young Award winner had some shoulder soreness that caused him to halt his throwing program. He’s taking anti-inflammatory medication.

Kershaw began throwing against last week, slowly building up the amount of work and the distance of his throws. He threw on flat ground Monday for the fourth time in five days.

“From everything I hear,” Roberts said, “he’s encouraged.”

The Dodgers have plenty of depth in their starting rotation with Walker Buehler, Rich Hill, Hyun-Jin Ryu, Kenta Maeda and Ross Stripling in the mix. Julio Arias has also flashed signs that he is ready for the big leagues, though the Dodgers may want to limit his innings early on.

Lewis Brinson hit two home runs, giving him five so far this spring for Miami. After hitting .199 in his rookie season, Brinson is hitting .438. Wei-Yin Chen went two innings in his start, giving up four earned runs on five hits.

Jeremy Hellickson started and worked three innings for the Nationals, striking out four and allowing a run on two hits.

Making his case to be New York’s opening day first baseman, Pete Alonso hit his second home run of the spring, raising his batting average to .412. Travis d’Arnaud singled and doubled. Corey Oswalt gave up a run on four hits in 2 1/3 innings.

Will Harris made his spring debut for Houston after surgery in December to repair an umbilical hernia that required him to be almost immobile for four weeks afterward. Harris worked one inning, striking out two and allowing three hits.

George Springer hit his first home run of the spring for the Astros.

Gorkys Hernandez made a diving catch in center field in the first inning and hit a three-run homer in the second for Boston. Blake Swihart rejoined the Red Sox after leaving to spend time with his family following the death of his brother, Romell Jordan. Eduardo Rodriguez worked two scoreless innings in the start, scattering three hits.

Steven Matz started for the Mets and left with two outs in the third after giving up four earned runs on five hits with two walks. Tim Tebow started in left field for New York and hit two singles.