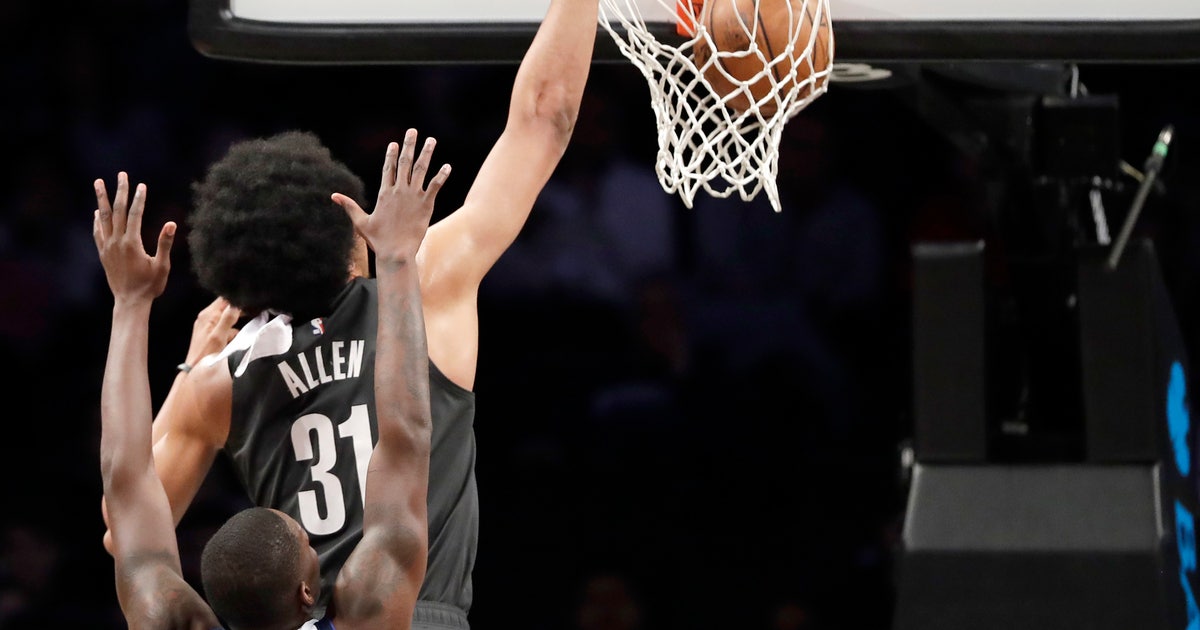 NEW YORK (AP) — DeMarre Carroll scored 22 points, Rodions Kurucs had 19 and the Brooklyn Nets easily snapped a three-game losing streak with a 127-88 victory over the Dallas Mavericks on Monday night.

Caris LeVert added 18 points and Spencer Dinwiddie finished with 16 on a night the Nets shook up their starting lineup but were fueled by their reserves. The 39-point margin was their most lopsided victory at home — and matched their biggest victory overall — since moving to Brooklyn in 2012.

The Nets were routed by teams below them in the standings in their last three games but led nearly the entire way, with the lead ballooning to 44 points. Brooklyn moved back into a tie for sixth place in the Eastern Conference.

Dwight Powell scored 20 points and Luka Doncic had 16 for the Mavericks, who lost for the seventh time in eight games. Dallas did finally get Dirk Nowitzki a couple late baskets after he missed his first nine shots in what could have been his last game in Brooklyn.

With Treveon Graham out with back soreness, Kurucs started at power forward, and coach Kenny Atkinson also inserted Allen Crabbe for LeVert at shooting guard. LeVert had started the previous seven games after coming off the bench in his first two after a returning from a 42-game absence with a dislocated right foot.

Atkinson said before the game that Brooklyn’s problem in its recent losses to Washington, Charlotte and Miami was poor shooting affecting their effort on defense.

Neither side of the floor was a problem in this one, as the Nets were shooting above 60 percent into the fourth quarter before finishing at 56.5 percent. They limited Dallas to 35.6 percent.

The Nets led 31-21 after one and quickly pushed the lead to 18 led by Carroll and Dinwiddie. They maintained that 18-point cushion at halftime — after Doncic threw in a halfcourt shot for the final basket — for their biggest halftime advantage of the season.

They extended it to 26 after three, also their biggest margin of the season, and all that was left from there was cheering for Nowitzki to get on the board. Fans screamed his name as soon as the Mavs started bringing the ball up the floor, and booed the Mavericks players who took shots rather than pass to Nowitzki, who still hasn’t said if he will retire.

Mavericks: Dallas opened a three-game road trip. It has won five straight and 16 of the last 17 matchups with Washington, its next opponent. … Nowitzki finished 2 for 13.

Nets: Kurucs and Carroll both made five 3-pointers. … D’Angelo Russell had 13 points and 11 assists. … Atkinson didn’t commit to Graham returning to the starting lineup, saying the forward to remain in the rotation but wanting to see how things looked Monday.

Kristaps Porzingis has been traveling with the Mavericks, even though he won’t play this season while recovering from his torn left ACL. Coach Rick Carlisle said it’s doubtful Porzingis takes part in full practices this season, but that he’s been doing a lot of things behind the scenes and vocal in huddles during the games. The 7-foot-3 forward hadn’t been traveling with the Knicks before they dealt him to the Mavs.

“The No. 1 thing right now is his health, getting him back 100 percent, which will happen,” Carlisle said. “But in the meantime he’s picked up his workouts, he’s doing more aggressive 1-on-1, controlled banging-type stuff with some of our assistants and making great progress.”