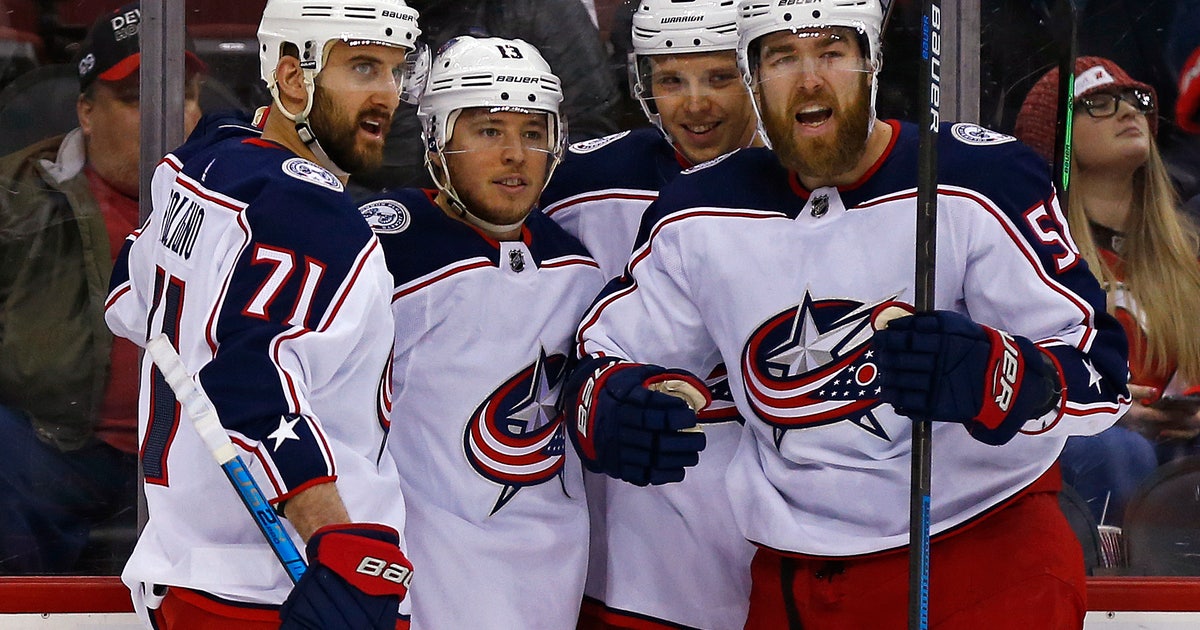 NEWARK, N.J. (AP) — Cam Atkinson and Artemi Panarin scored in a shootout and Sergei Bobrovsky stopped both New Jersey attempts to lead the Columbus Blue Jackets to a 2-1 win over the Devils on Tuesday night.

Atkinson also scored the Columbus goal in regulation. Bobrovsky had 29 saves as the Blue Jackets beat the Devils for the seventh straight time, including all four this season.

Travis Zajac scored for New Jersey in regulation and Cory Schneider had 17 saves as the Devils lost their fourth in a row.

After Bobrovsky stopped Blake Coleman’s attempt with his shoulder, Atkinson scored on a backhander.

Bobrovsky poke-checked the puck away from Drew Stafford on the Devils’ next try and Panarin ended the game by slipping one between Schneider’s pads.

The Devils had two great chances to take the lead late in the third period on a power play. Bobrovsky stopped a tip by Nick Lappin and Michael McLeod hit the post in a bid for his first NHL goal.

The Devils had the better scoring chances in the first two periods and they finally capitalized with three minutes left in the second period.

Coleman, who had not had a point in 13 games, set up the goal by carrying the puck into the Columbus end and slamming on the brakes. He faked a shot and sent a cross-ice pass that Zajac put into an open net.

Atkinson had given the Blue Jackets the lead less than a minute after the opening faceoff with the help of a fluky bounce off the end boards. Defenseman David Savard took a shot from the left point that hit the boards and came out the other side to a wide-open Atkinson for his career-high 36th goal.

The Devils’ injuries continued to mount. Forward Jesper Bratt left the game early in the second period after being hit in the leg by a shot. Nico Hischier, the No. 1 pick in the 2017 draft, was hurt in Boston on Saturday and missed his first game since Nov. 18 with an upper-body injury.

NOTES: Columbus made one lineup change, scratching C Lukas Sedlak and dressing F Markus Hannikainen. … Devils activated F Stefan Noesen off injured reserve. He was out almost a month with a lower-body injury. … Former Devil G Keith Kinkaid, who was shipped to Columbus on the trading deadline, was the Blue Jackets’ backup. Devils were classy and showed a video with highlights of his career in New Jersey. … Devils D Sami Vatanen was out with an illness.

Blue Jackets: At Pittsburgh on Thursday.