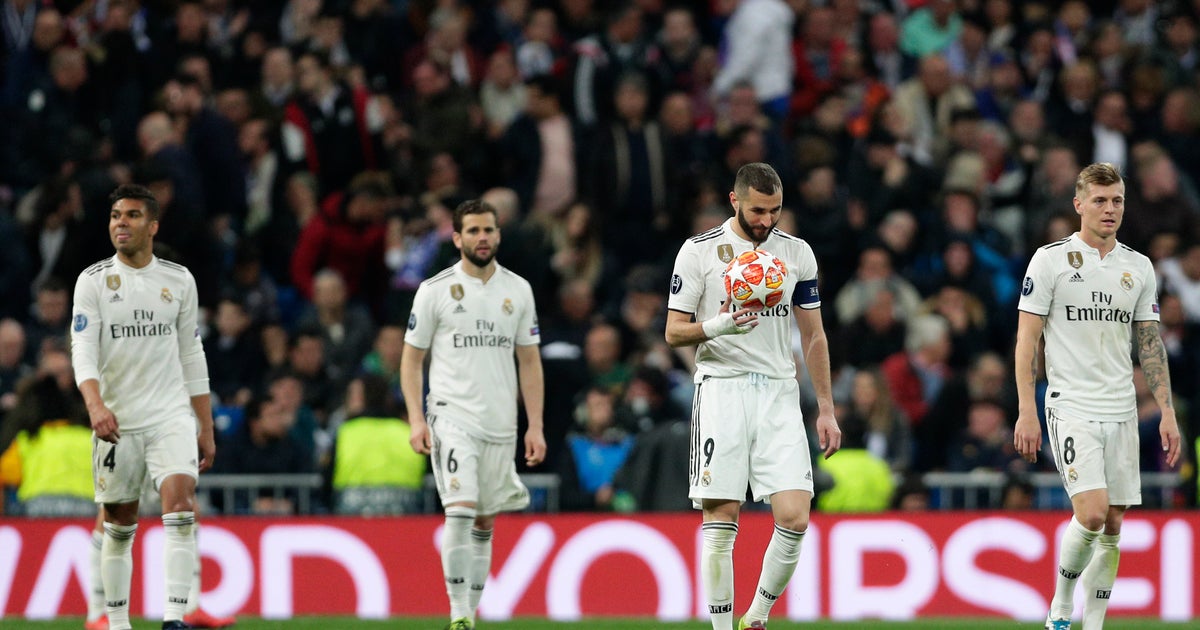 GENEVA (AP) — When a period of Champions League success ends, it’s not always so easy to get back to the top.

Real Madrid’s embarrassing 4-1 loss to Ajax on home turf on Tuesday sent the three-time defending champions out of the competition in the round of 16.

The elimination ended Madrid’s run of three straight European titles (and four in the last five years), all coming quickly after Cristiano Ronaldo’s departure for Juventus.

Here’s a look at how some other teams declined after hitting Champions League peaks:

After winning six of the first 11 European Cups, Real Madrid’s glory days finally returned in a five-season span early in the Champions League era with titles in 1998, 2000 and 2002.

It was a time of Galacticos — Zinedine Zidane, Luis Figo, Raul, Roberto Carlos and, soon to arrive, David Beckham — so expectations for continued success were high.

But the coveted 10th title, “La Decima,” took 12 more years and heralded the start of the most recent dynasty.

Manchester United’s run of three finals in four seasons under Alex Ferguson only yielded one title and coincided with the great teams of Pep Guardiola at Barcelona.

United won the 2008 Champions League — beating a Frank Rijkaard-coached Barcelona 1-0 in two semifinal legs — then ran into a peak Guardiola team in the finals of 2009 and 2011. Lionel Messi scored in each Barcelona victory.

United has not reached a semifinal since.

Barcelona could, maybe should, have swept all four Champions League titles in Guardiola’s time as coach from 2008-12.

With a core of Messi, Xavi Hernandez, Andres Iniesta and Carles Puyol, that was easily one of the best teams in history. But the title wins alternated with semifinal exits that were remarkably similar — failure in a second leg at home against teams frantically defending after having a player sent off in the first half at Camp Nou.

Both of those semifinal winners — Inter Milan in 2010 and Chelsea in 2012 — ended up beating Bayern Munich in the final.

Since Guardiola’s team won at Wembley Stadium in 2011, Barcelona has reached only one Champions League final, winning in 2015 with the spectacular strike force of Messi, Neymar and Luis Suarez.

Even with Messi maintaining his near-impossible high standards, Barcelona has gone out in the quarterfinals in the past three years.

As a seven-time European champion and four-time runner-up, AC Milan has been a force in the European Cup and Champions League eras.

Milan’s decline is perhaps the most cautionary tale for Madrid.

A Carlo Ancelotti-coached Milan team that included Paolo Maldini, Andrea Pirlo and Kaka beat Liverpool in the 2007 final two years after giving up a 3-0 halftime lead to the same team and losing on penalties.

Milan has not been beyond the quarterfinals since. It has not even played in the Champions League in five years amid financial turmoil with new owners and questionable judgment in recruiting coaches and players.