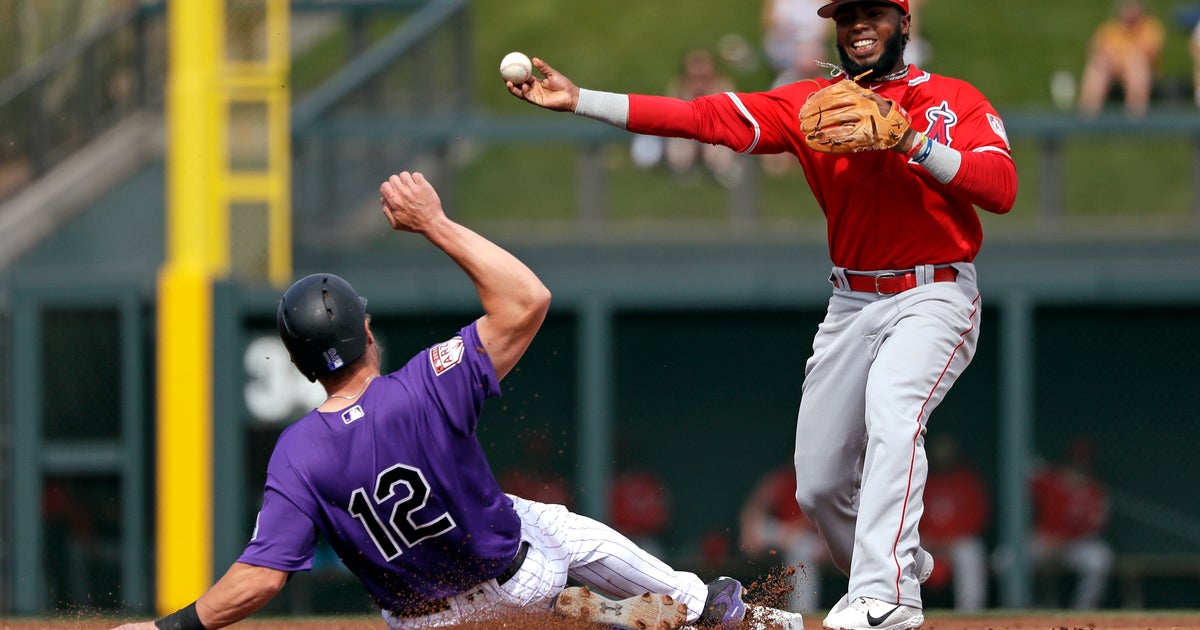 Bregman walked in the first inning and was replaced after the second. He was playing his third spring training game following arthroscopic elbow surgery on Jan. 11.

Astros manager A.J. Hinch said Bregman probably will be held out a day and return to the lineup on Friday.

AROUND THE GRAPEFRUIT LEAGUE

Cavan Biggio, the son of Astros Hall of Famer Craig Biggio, and Anthony Alford both homered for the first time for the Blue Jays. Dalton Pompey hit two doubles and drove in three runs for Toronto. Aaron Sanchez made his second start, allowing a hit and two walks in 2 2/3 scoreless innings.

Vince Velasquez made his first start for Philadelphia, allowing one run, one hit and two walks in one inning. Aaron Althier went 0 for 3, striking out twice and lowering his average to .143.

Mike Yastrzemski, a grandson of Red Sox Hall of Famer Carl Yastrzemski, homered in the ninth inning — a two-run shot for his first hit of spring training. Cedric Mullins hit a two-run homer and top prospect Yusniel Diaz had a three-run double for Baltimore. Richie Martin tripled and scored for the Orioles,

Tyler O’Neill, still looking for his first single of spring training, hit his fourth home run and his first double, driving in two runs for St. Louis. Paul Goldschmidt singled and scored, raising his average to .385 in his first spring training with the Cardinals.

Gleyber Torres had a double and a single for New York. Jonathan Loaisiga, bidding for the rotation job that opened when Luis Severino got hurt, started for the Yankees and allowed four runs, three hits and two walks in 2 1/3 innings while striking out five. Closer Aroldis Chapman made his second appearance, pitching a scoreless fourth inning. Austin Romine hit a three-run homer.

Freddie Freeman hit a grand slam. Brian McCann singled, hit his first double and is batting .500 in his return to the Braves. Touki Toussaint pitched three perfect innings and struck out five as he tries to earn a rotation job. Closer Arodys Vizcaino made his second appearance, allowing two runs and three hits while retiring just one batter.

JaCoby Jones hit a solo home run off Vizcaino and singled for Detroit. Tyson Ross struggled in his third start, giving up four runs, six hits and a walk in three innings as his ERA rose to 13.50.

Charlie Culberson had a single and his first double. Miguel Rojas had one of four singles for Miami.

Jose Altuve went 0 for 2, striking out twice and lowering his average to .182. Robinson Chirinos hit his first homer and Yuri Gurriel hit his third double.

Lewis Brinson had a hit in two trips, raising his average to .500 after batting .199 as a rookie last season for Miami. Trevor Richards allowed one run, two hits and a walk in 3 1/3 innings. Marlins closer Drew Steckenrider was roughed up in his third appearance, giving up six runs, three hits and two walks while retiring just one batter.

Colin Moran had two hits, drove in a run and scored twice for Pittsburgh.