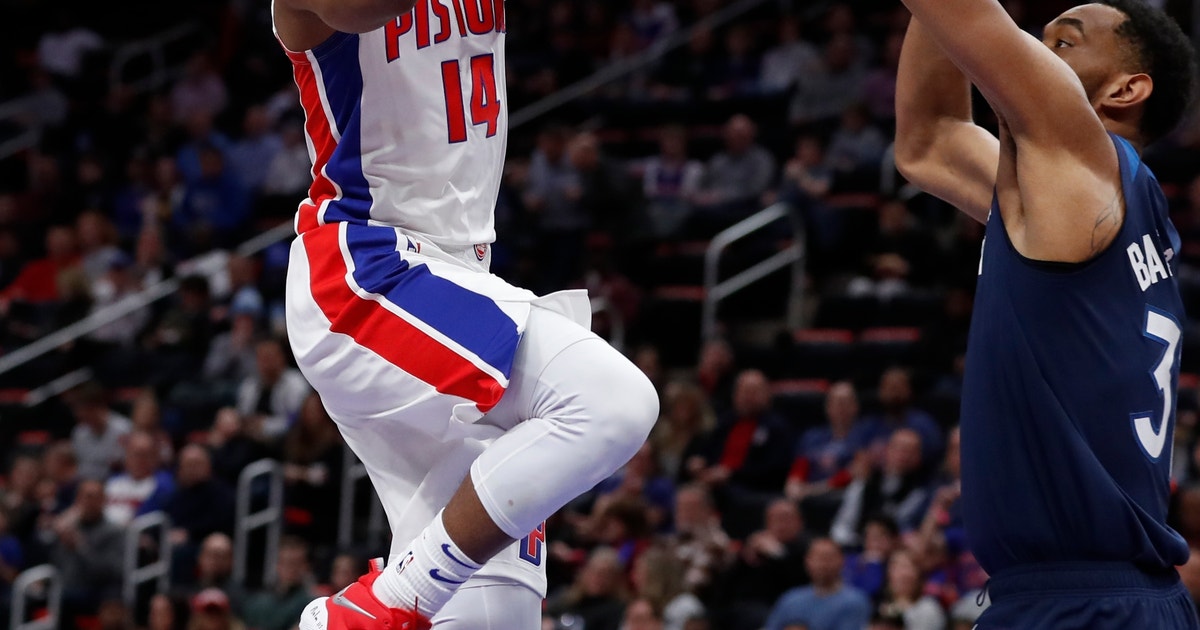 DETROIT (AP) — Andre Drummond had 31 points and 15 rebounds as the surging Detroit Pistons beat the Minnesota Timberwolves 131-114 on Wednesday night.

Drummond posted his 16th straight double-double — the second-longest streak in franchise history. He set the record with 18 last season.

Minnesota (30-35) has lost four of five. Karl-Anthony Towns scored 24 points before fouling out.

The Timberwolves led by 16 until Drummond banked in a 29-foot 3-pointer at the end of the first quarter. The Pistons continued to rally in the second, taking a 57-55 lead before Minnesota ended the half on a 9-3 run.

The Timberwolves shot 58.1 percent in the half, including 60 percent on 3s, but Detroit kept the game close with a 16-0 edge in points off turnovers.

Detroit led 90-88 going into the fourth quarter and started the period with a 3 by Kennard. Langston Galloway added a four-point play on the next possession to make it a nine-point lead, and Glenn Robinson III’s dunk put the Pistons up 99-88.

Taj Gibson was ejected with 10:07 to go after an elbow to Drummond’s throat while the two fought for a rebound. The players had to be separated after the play, which resulted in a seven-point possession and a 16-point lead for Detroit.

In all, the Pistons outscored Minnesota 101-60 during a stretch that started with Drummond’s first-quarter buzzer-beater and ended in the fourth.

Timberwolves: Minnesota has lost eight straight games to Detroit, with their last victory coming at the Palace of Auburn Hills on Feb. 8, 2015. … Minnesota allowed 24 points off turnovers and scored only two.

Pistons: Drummond’s 3-pointer was the 10th of his NBA career. Five have come this season. . Zaza Pachulia missed the game with a sore Achilles tendon.

Timberwolves: Play at Washington on Saturday.

Pistons: Play at Chicago on Friday.