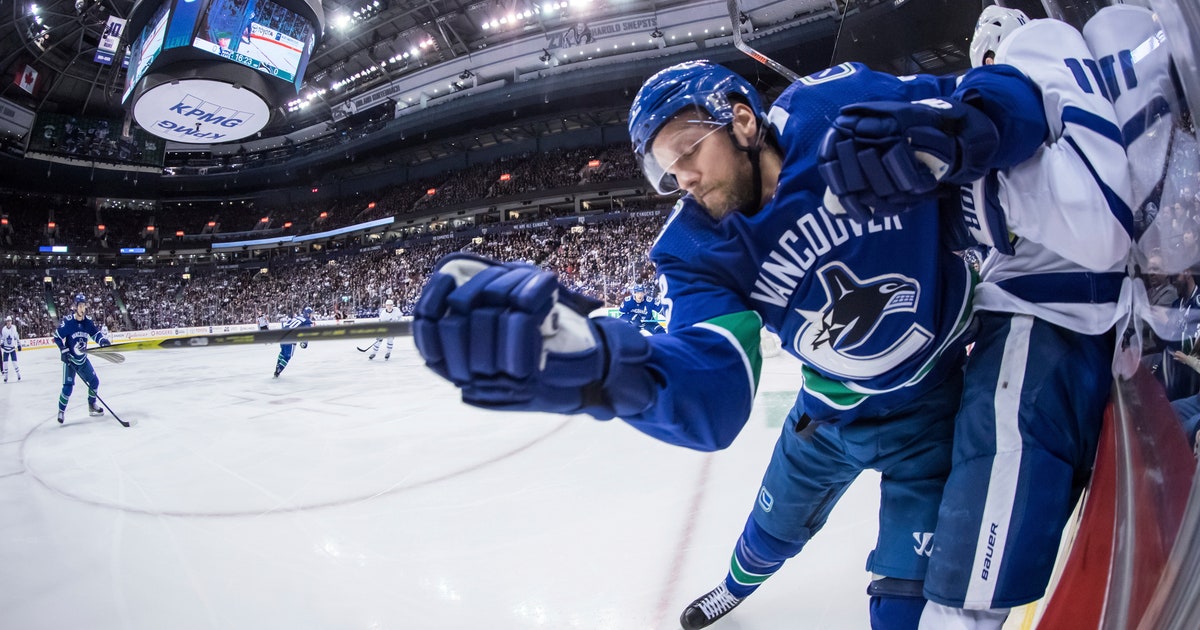 Loui Eriksson and Josh Leivo also scored for the Canucks, who trailed 2-0 after two periods and snapped a three-game skid. Adam Gaudette had two assists and Jacob Markstrom stopped 28 shots.

Morgan Rielly and Ron Hainsey had goals for the Maple Leafs, who lost when leading after two periods for the first time this season. Frederik Anderston finished with 29 saves.

Eriksson started the Canucks’ comeback 1:21 into the third with his 10th of the season and first point in 15 games,

Two minutes later, the Leafs were called for having too many men on the ice, sending the Canucks to their third power play of the night. Nikolay Goldobin fed Leivo a cross-ice pass and the former Leafs player put the puck past Andersen to tie the score 2-2.

Toronto’s first of the night was a short-handed goal midway through the second after Patrick Marleau was called for hooking. Canucks center Markus Granlund turned over the puck high in Leafs territory, resulting in a 2-on-1 for Mitch Marner and Hainsey. Marner stayed patient as he streaked into the Canucks’ zone, waiting for the perfect opportunity to slide the puck underneath the outstretched stick of Vancouver defenseman Troy Stecher. Hainsey took the pass on his tape and popped it behind Markstrom.

Just 34 seconds later, Rielly added to Toronto’s lead. Defenseman Derrick Pouliout couldn’t clear the puck from behind the Vancouver net and John Tavares picked it off. He slid it up to Rielly at the face-off dot and Rielly sent a snapshot flying through Markstrom’s five-hole.

NOTES: Vancouver has struggled with the man advantage recently, going just 2 for 34 over their previous 11 games. The Canucks were 1 for 4 against the Maple Leafs. … Vancouver D Ben Hutton missed the game after injuring his foot by blocking a shot against Vegas on Sunday. … Canucks C Ryan Spooner was out of the lineup with a groin injury. … F Luke Schenn got his first point in a Canucks jersey, assisting on Eriksson’s goal. … Toronto’s Patrick Marleau has now played a full season’s worth of games — 82 — against the Canucks over his career.

Canucks: At Edmonton on Thursday night.