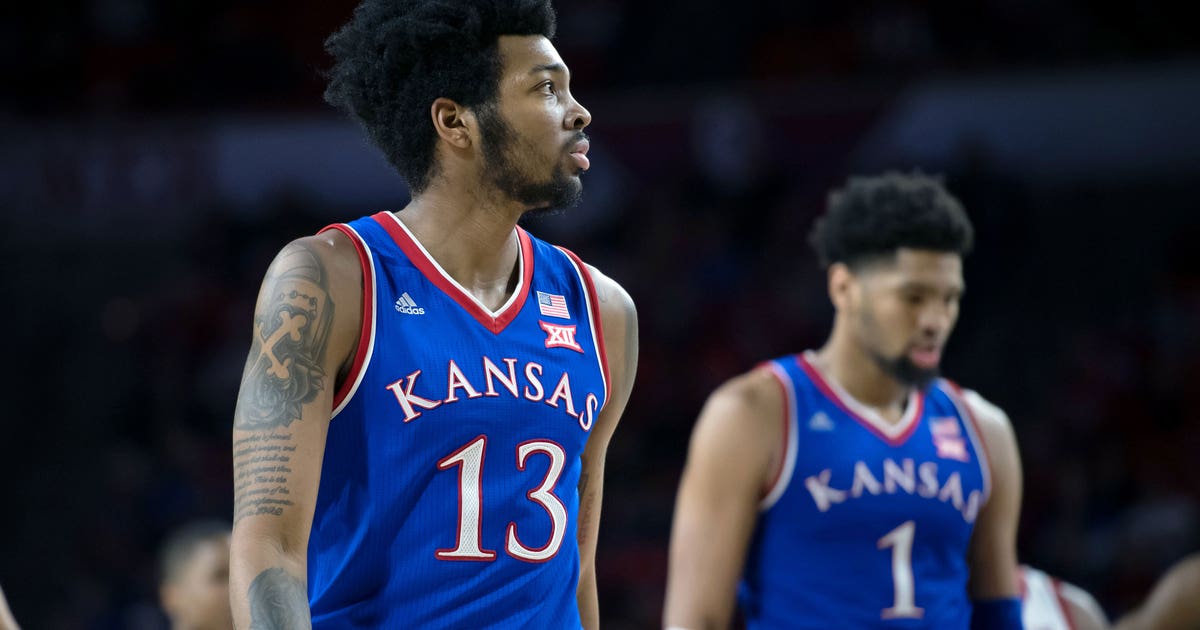 Devonte’ Graham called up his former teammates at Kansas a couple weeks ago, offering them encouragement in the midst of a rough season and gently reminding them about “the streak.”

The one Graham helped keep alive for four seasons. The one that stretched back 14 years.

The one that is now history.

The Jayhawks‘ unparalleled run atop the Big 12 ended with a thud Tuesday night when a team that has been gutted by injury and absence was dominated by Oklahoma. The defeat left the Jayhawks two games behind Texas Tech and Kansas State with one game to go.

“It don’t even sound right saying we’re not Big 12 champs,” said Graham, now a point guard for the Charlotte Hornets. “What is the world coming to?”

The run of 14 consecutive conference championships began in 2004, the second year Bill Self was on the sideline. It survived years in which he had to replace an entire starting lineup, and years when injuries and inexperience conspired against him. It survived against some of the best players in Big 12 history — Kevin Durant, Buddy Hield, Trae Young — and plenty of off-the-court strife.

“There’ll be a lot of players from the past 14 years that will look at this team that broke what they started, and I don’t think that’s fair,” Self said. “A coach more than anybody knows the potential and ceiling for every team. For us to be 22-8 right now, even though we’ve had some pretty bad losses on the road, I don’t think is anything for this team to hang their hat on.”

Indeed, plenty of things worked against the Jayhawks this season.

— There was the FBI investigation into apparel supplier Adidas and college basketball corruption in general, which has yet to implicate Kansas but nonetheless was a distraction.

— There was the NCAA probe into sophomore forward Silvio de Sousa, whose name surfaced in the pay-for-play probe that rendered him ineligible for this season and next.

— There was the season-ending injury to Udoka Azubuike, their 7-foot center and arguably the most game-changing back-to-the-basket big man in college basketball.

— There was the mercurial season of senior Lagerald Vick, who had a few big games early but fell out of favor and has now taken a leave of absence for personal reasons.

— And there were two gritty, defensive-minded and experienced teams in Texas Tech and Kansas State that were ready to take advantage of an opening.

The Red Raiders and Wildcats are tied heading into their finales Saturday. They will either share the title or one will win it outright, but nobody will be sharing it with Kansas.

“We’re putting so much emphasis on winning the league. What we need to be putting our emphasis on is what is the ceiling of this team and what does this team need to do to play better?” Self said. “We can still do special things, but what’s special for some teams is different than other teams.”

To put it into perspective, the Jayhawks went 196-43 in one of the toughest conferences in college basketball. They shared the title only four times, twice with Texas and once apiece with Kansas State and Oklahoma. And they parlayed their league success into national success, reaching three Final Fours and two title games and beating Memphis to win the 2008 championship.

The streak goes back so far, the Big 12 was actually 12 teams when it began. Nebraska, Colorado, Texas A&M and Missouri have since defected, and TCU and West Virginia have jumped aboard.

Dozens of coaching changes have taken place at rival schools since the streak began. Arenas have been renovated, the game itself has evolved, and current freshmen Ochai Agbaji and Quentin Grimes were 4 when Oklahoma State became the last team other than Kansas to hoist the league trophy.

“We’ve taken most people’s best shots most every night,” Self said. “And we’ve had teams that were tough enough to be able to combat that. And talented enough. You can’t do it without talent, and we’ve sure had our fair share of talent. And we have talent now, it’s just young talent. It’s great. But I don’t like the fact that this team will feel like they’re the ones that let it down.”

Asked about the streak ending, leading scorer Dedric Lawson said, “I don’t even think about it.” Freshman forward David McCormack said, “In the back of my mind, not really paying any attention to it.”

The streak certainly meant something to those who came before them, whether they were one-and-dones like Andrew Wiggins and Josh Jackson or four-year standouts like Frank Mason III.

They felt an obligation to keep it going, a duty they were reminded of daily by the giant poster blanketing the wall just outside the Kansas locker room depicting 14 championship rings.

There won’t be a 15th next season.