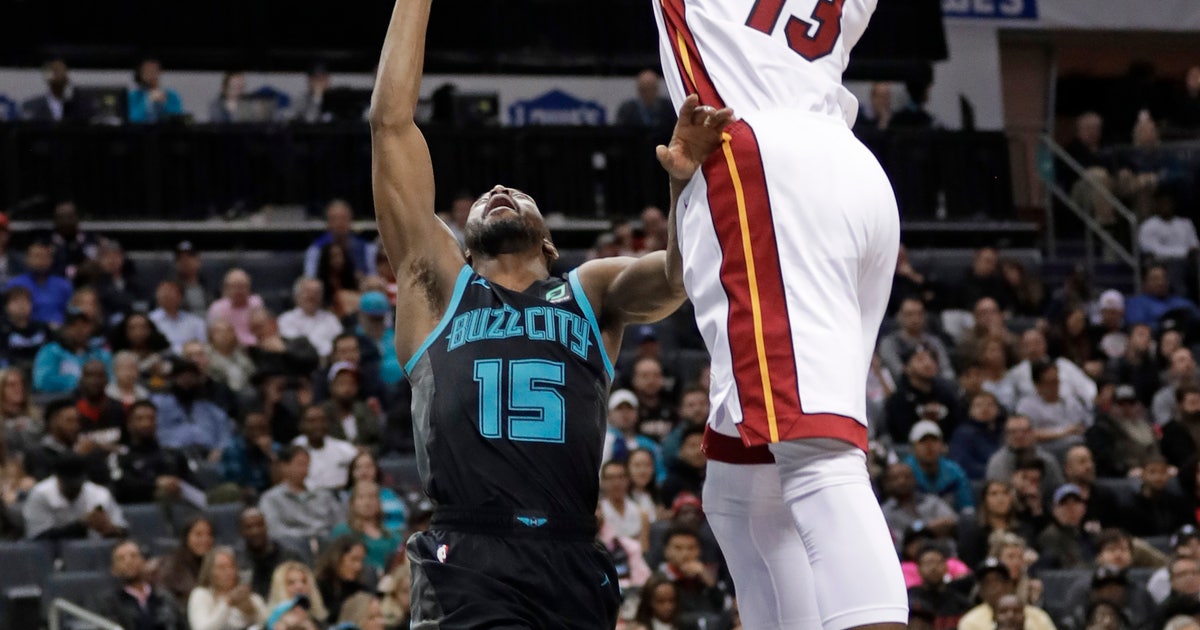 CHARLOTTE, N.C. (AP) — Kelly Olynyk had 22 points and 11 rebounds, Hassan Whiteside added 18 points and 15 rebounds off the bench and the Miami Heat defeated the Charlotte Hornets 91-84 on Wednesday night to break a tie for the eighth spot in the Eastern Conference.

Olynyk was 8 of 14 from the field, including 5 of 7 from beyond the 3-point arc as Miami won its third straight game.

In a game full of travels and bad passes — the teams combined for 39 turnovers — and plenty of poor shooting, the Heat emerged with the win largely because of a 16-2 fourth-quarter run.

Olynyk was huge during the stretch by hitting a pair of 3-pointers and grabbing a steal near the foul line leading to an uncontested dunk to give Miami an 80-67 lead. That prompted chants of “Let’s Go Heat!” from the crowd — many of those Heat fans wearing No. 3 jerseys who’d come to see Dwyane Wade’s final NBA game in Charlotte.

Wade had a rough night shooting, going 4 of 15 from the field and missed both free-throw attempts. He finished with eight points and six assists. After the game, Charlotte’s Kemba Walker exchanged jerseys with Wade at midcourt.

The win was crucial for the Heat’s playoff chances given the Hornets had won the previous two games this season. The teams meet again March 17 in Miami.

It was a terrible shooting night for both teams, who combined for 119 points in the first three quarters — the third-lowest total of the NBA season. Charlotte shot 36.6 percent; Miami 41.8 percent.

Hornets: Tight end Greg Olsen of the Carolina Panthers was sitting courtside for Wade’s final game in Charlotte. … Charlotte snapped a streak — barely — of allowing at least 30 points in the first quarter in nine straight games. They surrendered 29.