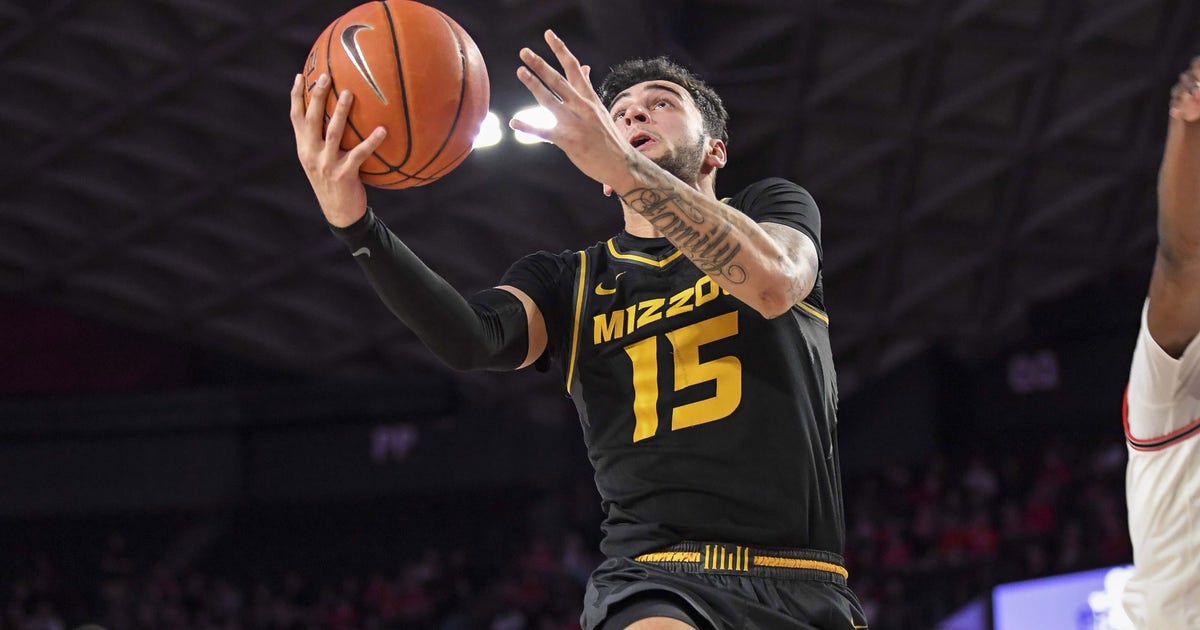 ATHENS, Ga. — Jordan Geist scored 18 points and Torrence Watson had 17 to lead Missouri to a 64-39 win over Georgia on Wednesday night in a matchup of two of the SEC’s bottom three teams.

Watson made each of his five 3-pointers in the second half. Neither team made a 3 in a low-scoring first half.

Nicolas Claxon had nine points and 10 rebounds to lead Georgia, which was held to a season low for points in its final home game of the season.

Missouri ranks last in the conference with its average of 67 points per game, while Georgia is last in defense, allowing an average of 74.6 points.

The teams played up to their dismal rankings, especially in a low-scoring first half when the Tigers and Bulldogs were a combined 0 for 22 on 3-point attempts.

Each team was coming off a rare win.

The Tigers have back-to-back SEC wins for the first time this season, a feat Georgia has not accomplished.

The drought on long-range shots stretched to 28 misses — 14 straight for each team — before Watson finally sank a 3 almost five minutes into the second half. Teammate Kevin Puryear quickly added another 3 on Missouri’s next possession for a 35-16 lead. Puryear set up his 3 with his block on a shot by Derek Ogbeide.

Missouri led 38-16 midway through the second half when JoJo Toppin sank a 3-pointer as Georgia snapped its 0-for-15 start on 3s.

Missouri led 25-14 at the break despite missing its first seven shots from the field. The Tigers were 1 for 13 from the field before back-to-back baskets by Geist ignited an offensive resurgence.

After leading by 11 points at halftime, the Tigers opened the second half with baskets by Geist and Xavier Pinson. Georgia never mounted a second-half challenge.

Rayshaun Hammonds, Georgia’s second-leading scorer and rebounder, was held out for the second time in the last three games with a right foot injury. Hammonds also missed Georgia’s loss to Auburn on Feb. 27 before playing five minutes in Saturday’s win at Florida.

Missouri: Geist had little help in the first half, when he led the Tigers with 12 points and no other scorer had more than four. Missouri enjoyed more scoring balance after halftime, especially on 3-pointers.

Georgia: The Bulldogs’ previous scoring low this season was 49 points in losses to Top 25 teams, then-No. 16 Clemson and Kentucky. .. Georgia’s six seniors were recognized before their final home game. … The Bulldogs made only 13 of 51 shots (25.5 percent) and 3 of 20 3-pointers.

Missouri: Closes its regular season on Saturday at home against Mississippi.

Georgia: Plays at South Carolina on Saturday in its final regular-season game.