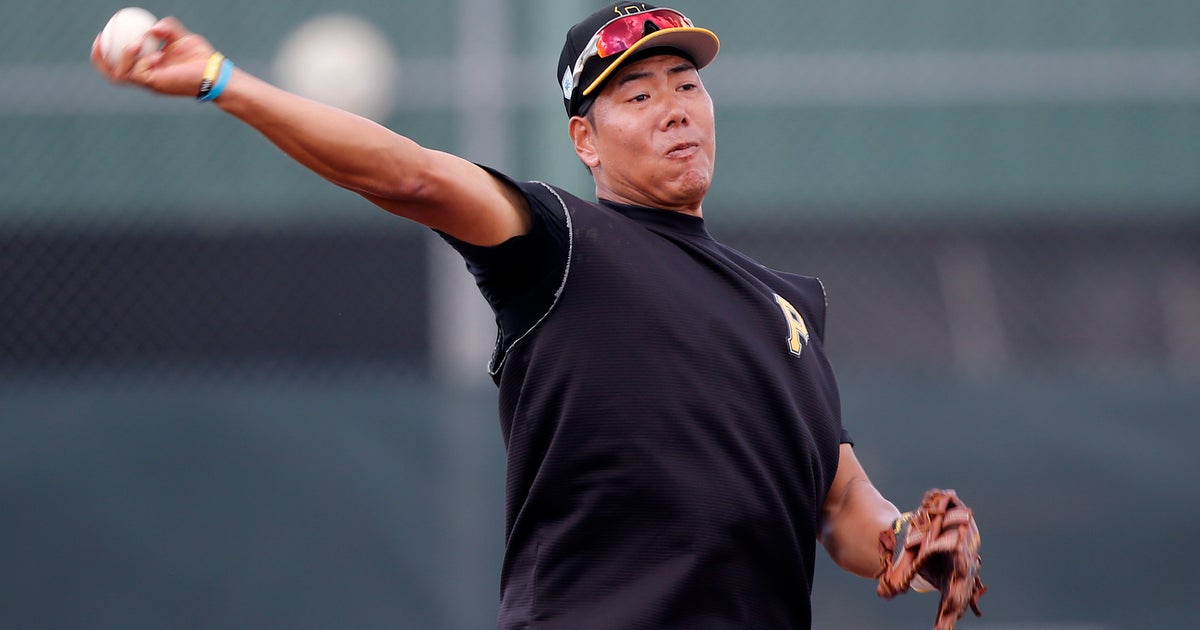 BRADENTON, Fla. (AP) — The Pittsburgh Pirates admittedly took a leap of faith when they re-signed Jung Ho Kang to a $3 million, one-year contract in November as a free agent.

Kang missed the entire 2017 season because he was unable to obtain a work visa to travel to the United States following a third arrest for DUI in his native South Korea.

Finally cleared to come to the U.S. last April, Kang sustained a wrist injury that required surgery while playing for Triple-A Indianapolis. He did return to the major leagues for the Pirates’ season-ending three-game series at Cincinnati.

So far during spring training, Kang has not looked like he was away from the major leagues for so long. He has hit three home runs and played good defense while looking to win the starting third baseman’s job from incumbent Colin Moran.

“It was uncharted territory coming in (to spring training) but he’s getting in his work and he’s knocking down different markers along the way,” Pirates manager Clint Hurdle said. “You have to like what you’ve have seen so far but it’s also still spring training. There’s a long way to go.”

In 2015, Kang became the first native position player to make the jump from the Korea Baseball Organization to the major leagues when he signed an $11 million, four-year contract. He then hit a combined 36 home runs in his first two seasons before the DUI arrest derailed his career.

The Pirates brought Kang back under the conditions that he give up drinking and also have a driver at all times.

The 31-year-old also has slimmed down considerably and is moving better than he has at any time since undergoing reconstructive knee late in the 2015 season when he finished third in the NL Rookie of the Year voting.

Kang has also been putting extra time in the batting cages to recapture his swing, which included hitting 139 home runs in nine Korean seasons. He has impressed first-year hitting coach Rick Eckstein.

“There is a high ceiling there, especially for someone who has missed a lot of game action for two years,” Eckstein said. “You can see why he was a good hitter at the major league level. The ball is jumping off his bat.”

Though Kang his improved his English skills over the years, he uses an interpreter to help with interviews. However, Kang didn’t need a translator when asked if baseball is as easy as he has made it look after such a long layoff.

NOTES: C Elias Diaz, who has been away from the team for two weeks because of a virus, is scheduled to be examined by team doctors Thursday. The Pirates have not elaborated on the nature of his illness. … RF Gregory Polanco is now throwing from 120 feet in his rehab from shoulder surgery and is expected to begin taking part in limited defensive drills next week.