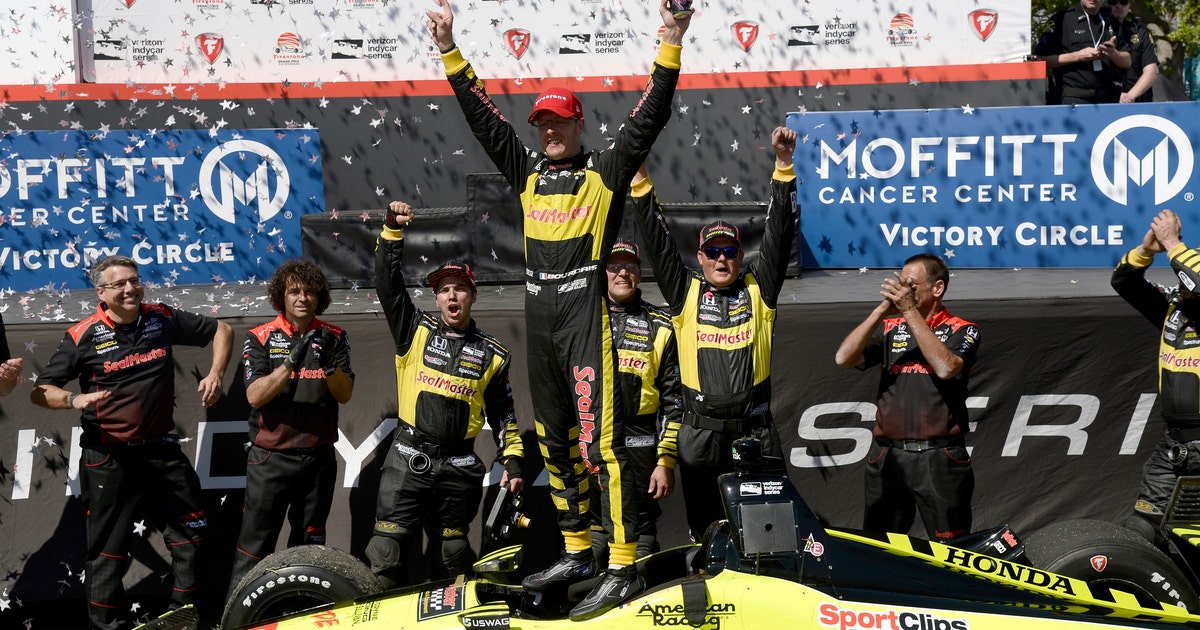 ST. PETERSBURG, Fla. (AP) — Something about the city of St. Petersburg captured Sebastien Bourdais when he first moved to America to pursue his racing career. He made his debut racing through the streets in 2003, bought a house in the area while his wife attended college nearby and it seemed the right place to call home when he returned from Europe at the end of his Formula One career.

The city has been good to Bourdais, the streets even better.

Bourdais is the unofficial ambassador for IndyCar’s season-opening event Sunday, when the Frenchman will be seeking his third consecutive victory on the 1.8-mile course through the picturesque downtown of his adopted hometown.

“When we left we said we really didn’t think we were going to come back, then you know racing never stops and it surprises you sometimes and we came back with two kids and I can’t think of a better place to raise a family,” Bourdais said. “And you know, quite truthfully, there has been a lot of support from the community and the community has really rallied in recent years. As a resident, the race is pretty special, and for being able to win it the last two years, it was awesome.”

Bourdais was once considered the top driver in the U.S. and had a reign of four consecutive Champ Car championships. He drove the McDonalds car for Newman Haas Racing and won 31 races before he hopped to F1 in 2008. Champ Car was no more after two frustrating F1 seasons and Bourdais didn’t have a clear place to race.

He has now carved a place in IndyCar, where the driver who once rolled into each race with the best car and top team has had to rebrand himself. He has not been with one of IndyCar’s top teams since he returned in 2011 and is about to begin his third season with mid-pack Dale Coyne Racing.

Bourdais, in his second stint with Coyne, has turned the team into a winning operation. He won St. Pete in his 2017 debut with the team and briefly led the IndyCar standings in what looked to be a competitive season. But he broke his pelvis and hip qualifying for the Indianapolis 500 and missed the rest of the season.

When he next returned, a year ago in St. Pete, he won again to cap his comeback. He understands the odds are against a three-peat but believes the Coyne organization is moving closer to consistent pace with the top teams.

Bourdais’ chances are bolstered in his partnership with Jimmy Vasser and James Sullivan, who ran KVSH Racing when Bourdais re-established himself as one of IndyCar’s top talents. They returned to IndyCar after a one-year hiatus last season to work with Bourdais, in concert with Coyne, and Bourdais credits the duo with raising Coyne’s program. Earlier this week, the team announced a sponsorship extension with SealMaster Paving Products as primary sponsor for the season.

SealMaster debuted on the car a year ago, at the same time as it was holding a nearby convention, and Bourdais won the race. SealMaster has since gone from co-primary sponsorship to the primary slot. The team also signed a deal with Mouser Electronics Inc. and its supplier Molex, sponsors that worked with the trio under their old team.

Bourdais said the work Sullivan does in bringing in the funding helps the Coyne group keep pace with Andretti Autosport, Chip Ganassi Racing and Team Penske.

“It brings stability and reduces quite a bit of financial stress,” Bourdais said. “It really strengthens the viability of the whole program and I think that is pretty critical. It allows the team to stay committed to a lot of plans and processes.”