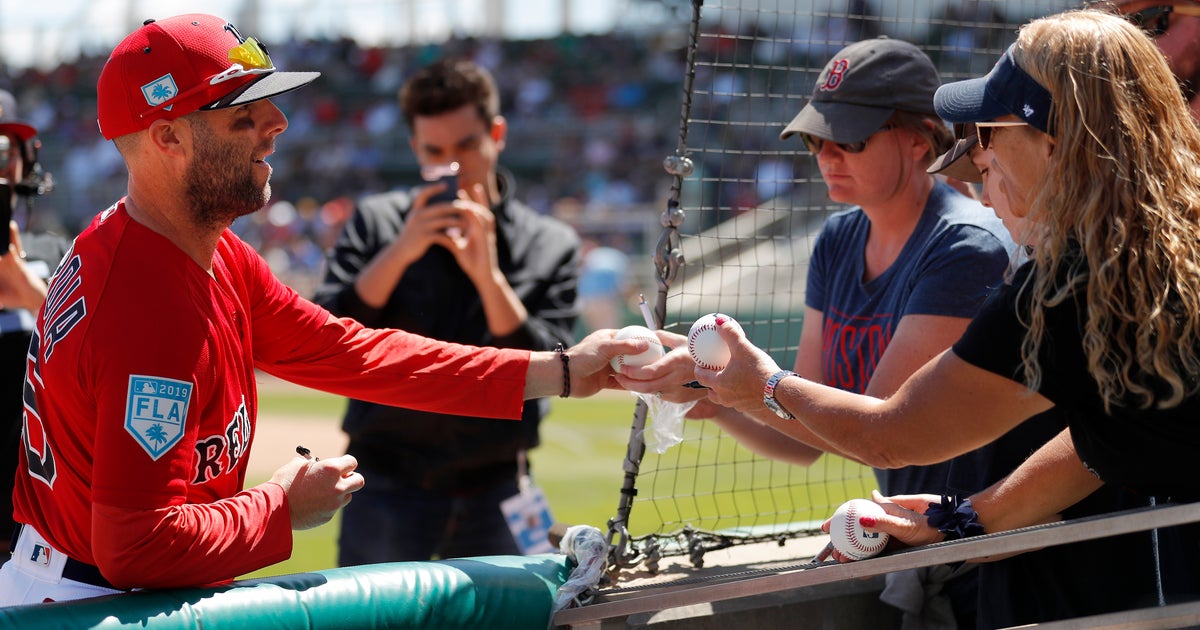 FORT MYERS, Fla. (AP) — Dustin Pedroia’s first game in nearly 10 months couldn’t have gone much better — even if it lasted just one inning.

Pedroia cleanly fielded a two-out grounder by Minnesota’s Jake Cave, then singled off Kohl Stewart leading off the bottom half of Boston’s 12-1 loss Thursday.

“It made me happy to run around the bases,” Pedroia said. “It was really fun out there.”

A four-time All-Star and the 2008 AL MVP, Pedroia’s knee problems began with a spikes-up takeout slide at second by Baltimore’s Manny Machado on April 21, 2017. Pedroia went on the disabled list three times that season, twice because of knee inflammation, and had left knee surgery that Oct. 25.

He played in five injury rehabilitation games at Triple-A Pawtucket last May 14-24, appeared in three games for the Red Sox from May 26-29, then went back on the disabled list for the rest of the season.

“I just need to keep building on this. I hadn’t seen a pitch since May 29. Everything went well,” Pedroia said.

Pedroia, 35 and a veteran of 13 major league seasons, was restless Wednesday night.

“I rolled around the bed a lot,” he said. “The adrenaline was OK. I was taking it in stride.”

Pedroia moved around the infield as part of Boston’s defensive shifts, going across to the shortstop position when right-handed hitters were at the plate.

“That wasn’t a problem. We practice it every day,” he said. “And besides, I was always a shortstop before coming up here.”