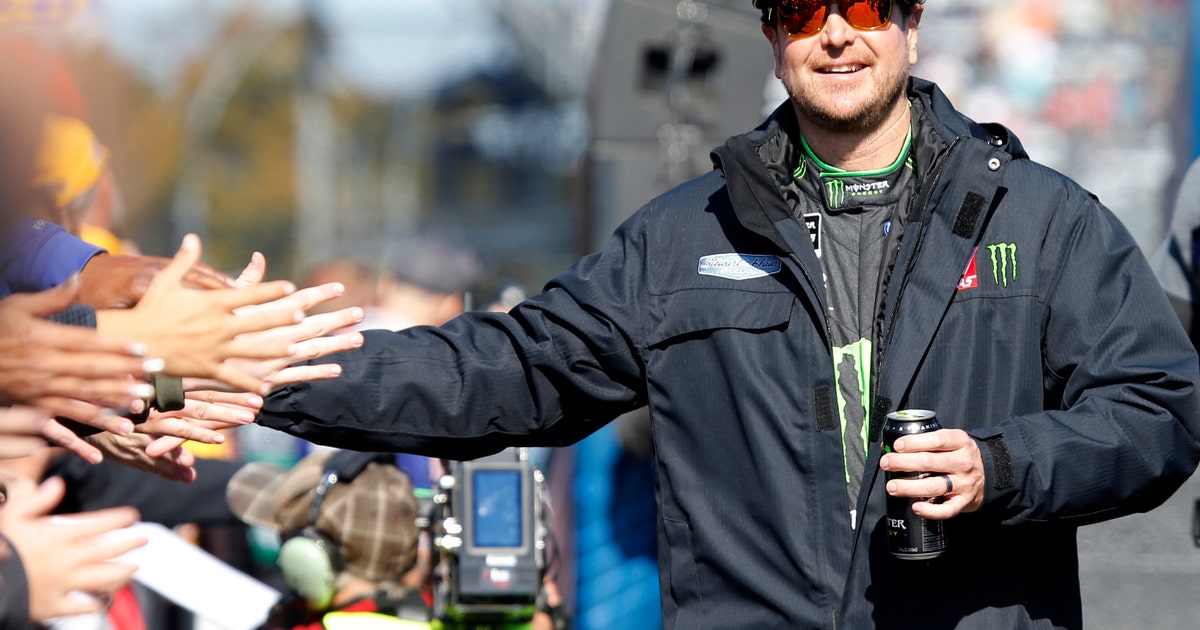 AVONDALE, Ariz. (AP) — Kurt Busch arrived at Phoenix this weekend feeling like he was holding a full house.

The Las Vegas native is coming off a second consecutive top-five run, this time at his home track, and felt as if his Chip Ganassi Racing team — and its Chevrolet power — was finally catching up to the Ford and Toyota teams that have dominated the early part of the NASCAR season.

To top it off, his No. 1 team announced Friday a new sponsorship deal with Global Poker, one of the world’s leading online gambling sites — no small news when backing is hard to find.

“There are so many different unique opportunities that our sport provides to sponsorship,” Busch said. “With a new brand such as them coming into our sport, it shows the power NASCAR can produce.”

Shows the power that Busch still holds in the sport, too.

He hasn’t finished better than seventh in the series in a decade, and his 2004 championship with Roush Racing sometimes feels as if it was a lifetime ago. He’s bounced through Penske Racing, had a successful stint with Front Row Motorsports and spent the past five seasons with Stewart-Haas Racing, winning the odd race and often finishing up front but never racing for a title at Homestead.

Then, late last season, rumors surfaced that he would replace Jamie McMurray in the No. 1 car, and the gossip was confirmed when Ganassi Racing announced the move in early December.

So far, the pairing with teammate Kyle Larson has been paying off.

“It’s been fun to watch him get acclimated with the team,” said Doug Duchardt, the chief operating officer of Chip Ganassi Racing. “I very much appreciate how he’s worked to make sure he and the 42 work close together. And I think that the team in particular, after a rough Daytona, bounced back and has shown a lot of good synergy.”

Especially given the vast changes the team has experienced.

Like everyone else in the garage, Ganassi Racing has been trying to adjust to NASCAR’s new rules package. The rules effectively slowed cars at intermediate tracks such as Atlanta and Las Vegas, but more downforce and a return to 750 horsepower for road courses and short tracks has produced even greater speeds at Phoenix.

That could also mean a chance for Ganassi, Hendrick Motorsports and the other Chevrolet teams that have been chasing Ford and Toyota this season to make up some ground.

“I feel like we’re just off the lead cars but we can compete. That was shown by Kurt in Las Vegas and Kyle in Atlanta,” Duchardt said. “But we’ve only run two races. This is a marathon. We just have to stay on it as a team, but I feel really good about how we’re working together.”

Johnson said the company tested partnerships with the NHL and Major League Baseball, and did all kinds of research with its client base, only to realize many of its customers were fans of NASCAR — and country music, incidentally. So, the company used an intermediary to reach out to various teams in the garage, and Ganassi Racing — and Busch in particular — came to the forefront.

Busch’s Vegas background helped, and his driving style, well, sometimes it resembles a gamble. And the notion of joining an established team and a former series champion is hardly a crapshoot.

It didn’t take long for the company to go all in.

“Every sport is slightly different,” Johnson said. “We have found a sport that really resonates with our players, first and foremost, but also getting a good working relationship.”

The sponsorship makes even more since the way NASCAR has embraced gambling.

Dover International Speedway has an alliance with Dover Downs Hotel & Casino, while Hollywood Casino overlooks the second turn at Kansas Speedway. More and more states are legalizing sports betting after the Supreme Court lifted Nevada’s effective monopoly on it last year, and NASCAR already has been a popular sport with FanDuel and DraftKings providing plenty of offerings.

“After dealing with Major League Baseball and a few larger organizations,” Johnson said, “coming to Ganassi Racing has been an eye-opener. NASCAR is a sport that is for the fans, the relationship with the fans, as far as I can see, is very tight, and I think that’s what we’re after.”