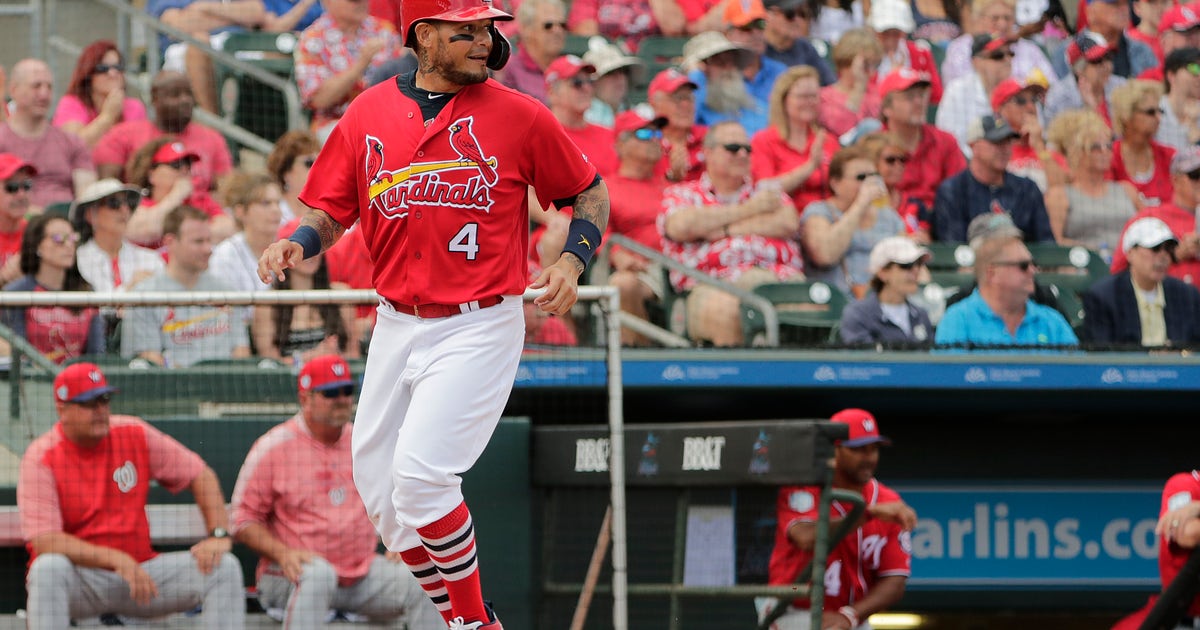 “It’s good to have you back,” said Carpenter, one All-Star to another.

Molina went 1 for 2 as a designated hitter Friday, the 36-year-old’s first game since left knee surgery in mid-December. Molina is likely to be behind the plate on Saturday, catching Adam Wainwright against Houston — about a week ahead of the original projection for him to catch.

“I can’t really tell you how happy I am just to be back with Waino,” Molina said.

A nine-time All-Star and nine-time Gold Glove, Molina singled through the left side off Patrick Corbin and scored in a three-run Cardinals‘ first.

“Just proves yet again he’s a special guy,” St. Louis manager Mike Shildt said. “Comes in, first at-bat, gets down 0-2 and battles, battles, battles. It’s impressive to see a guy that takes a pro at-bat like that — that can work on getting his timing as the at-bat goes.”

Molina then lined out to first.

Marcel Ozuna replaced Molina at designated hitter, striking out twice. Ozuna, hitless in 14 spring training at-bats, had right shoulder surgery on Oct. 30. He is slated to join outfielders in throwing drills on Saturday and could make his first outfield appearance on Monday in left.

“I think it’s going to help when he gets into games because that flow of play will get him in a little bit of rhythm,” Shildt said.