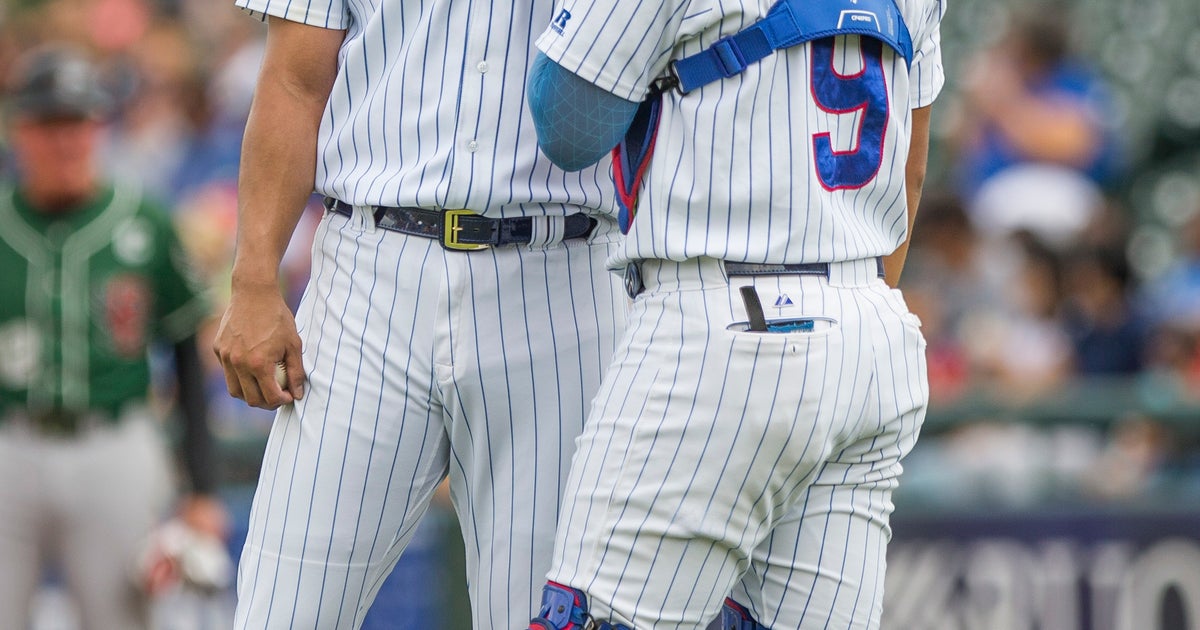 MESA, Ariz. (AP) — When he was 4 years old, Miguel Amaya remembers going to a baseball field for the first time. The Chicago Cubs prospect never thought what happened that day would lead to a career in the game.

“The coach said I was fat and that the fat guy has to play catcher,” Amaya said Thursday on one of the back fields at the Cubs’ spring training complex. “Since that day, I loved catcher.”

Amaya, who turns 20 on Saturday, signed with the Cubs in 2015 and has a bright future. He’s not fat anymore but an athletic 6-foot-1, 185 pounds and still growing.

“I think he has certain intangibles that you look for behind the plate,” said Alex Suarez, the Cubs’ director of international pro scouting and player development. “He’s a great teammate and he’s taught himself English. He’s pushed himself to be able to communicate with the English-speaking and Spanish-speaking players.

“When it’s all said and done, the tools behind the plate and at the plate have proven that he belongs in pro ball and he’s somebody who we should definitely keep our eyes on.”

When Amaya, who is from La Villa de los Santos, Panama, reported to the Cubs’ academy in the Dominican Republic in 2016, he insisted the coaches speak English to him. He’s slowly making his way up, playing last season at Class A South Bend, where he batted .256 with 12 home runs and 52 RBIs in 116 games.

What does he need to do to get to the big leagues?

“I’ve been working more on my hitting,” Amaya said. “I’ve been catching since I was 4 years old and I don’t know everything about catching, but that’s my job. I know a lot about catching. Hitting is really hard. I’ve been working on that and learning a lot to hit the ball in the strike zone. I think I just need to play more games to get to the big leagues, to be mature.”

He might be young, but Amaya knows how important his role is on any club.

Suarez has seen that maturity in Amaya.

“He’s the type of guy who has played beyond his years and showed the poise we’re looking for behind the plate,” Suarez said. “They have to be even-keeled and handle a staff, and having that type of poise to become that calming presence behind the plate is something that attracted us to Amaya right from the beginning.”

BaseballReference.com lists 62 players from Panama who have made it to the major leagues, including new Hall of Fame closer Mariano Rivera.

Suarez said “Panama seems to be an emerging secondary market on the international market and there’s a lot of good players coming out of there. It’s definitely being scouted a lot more than it has been.”

Amaya is just trying to reach the majors.

“There are like 1,000 players and only five or 10 will make it to the big leagues,” he said. “It’s hard. Our job is to keep working hard every day and do what we need to do.”

One thing’s for sure, though: He’s not the fat kid on the field anymore.