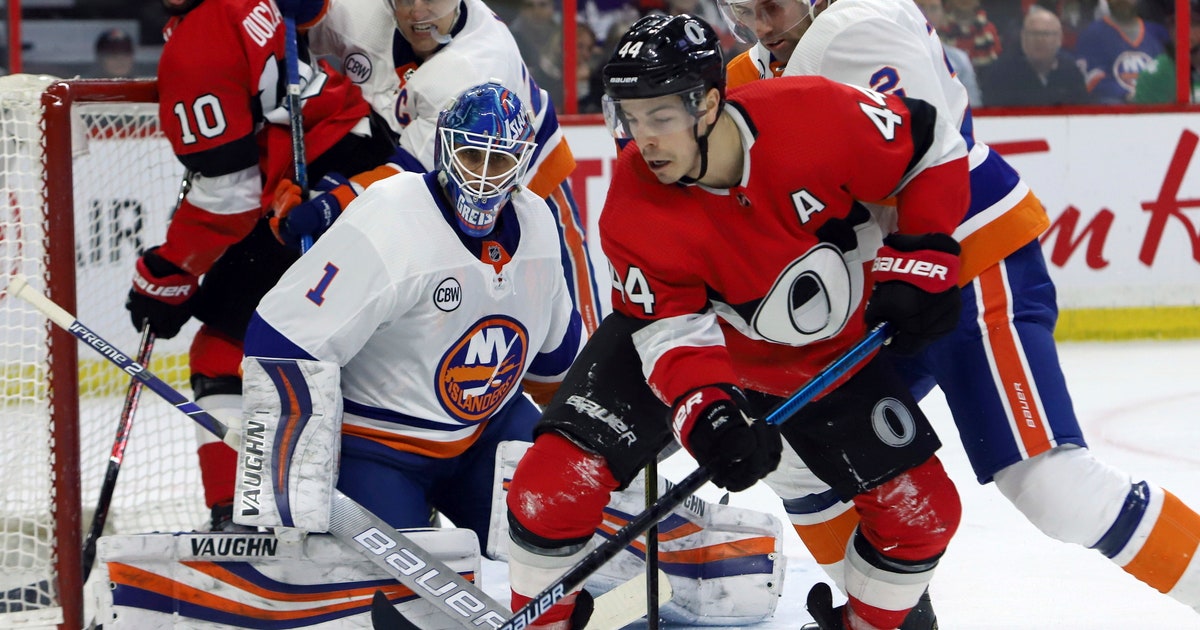 OTTAWA, Ontario (AP) — Valtteri Filppula scored twice to lead the New York Islanders to a 4-2 win over the Ottawa Senators on Thursday night.

Anthony Beauvillier and Casey Cizikas also scored for the Islanders, who moved into a first-place tie with the Washington Capitals in the Metropolitan Division. Thomas Greiss stopped 35 shots.

Brady Tkachuk and Oscar Lindberg scored for the Senators, while Anders Nilsson made 27 saves.

Thursday marked the back half of a home-and-home between the teams. The Islanders won the first game 5-4 in a shootout, and New York swept the three-game season series.

The Islanders went ahead 3-2 at the 12-minute mark of the third period after Ottawa’s Zack Smith looked to give the puck to Nilsson, who was unable to freeze it, and Beauvillier shoved it in for his 16th of the season.

Cizikas scored into an empty net in the final minute of regulation.

Trailing 2-1 to start the second, the Senators tied the game midway through the period as Lindberg buried a rebound past Greiss.

The Senators dominated play late in the period, but were unable to get the go-ahead goal despite outshooting the Islanders 17-10 in the second.

The Islanders took a 2-1 first-period lead on Filppula’s goals.

Leo Komarov made a great pass and Filppula beat Nilsson to open the scoring at the five-minute mark.

The Senators tied it soon after as Tkachuk, with his team-leading 15th, tipped Ben Harpur’s shot.

Late in the period, Tom Kuhnhackl flung a puck from behind the net and Filppula batted it past Nilsson for his second of the night.

Senators: At Boston on Saturday night.