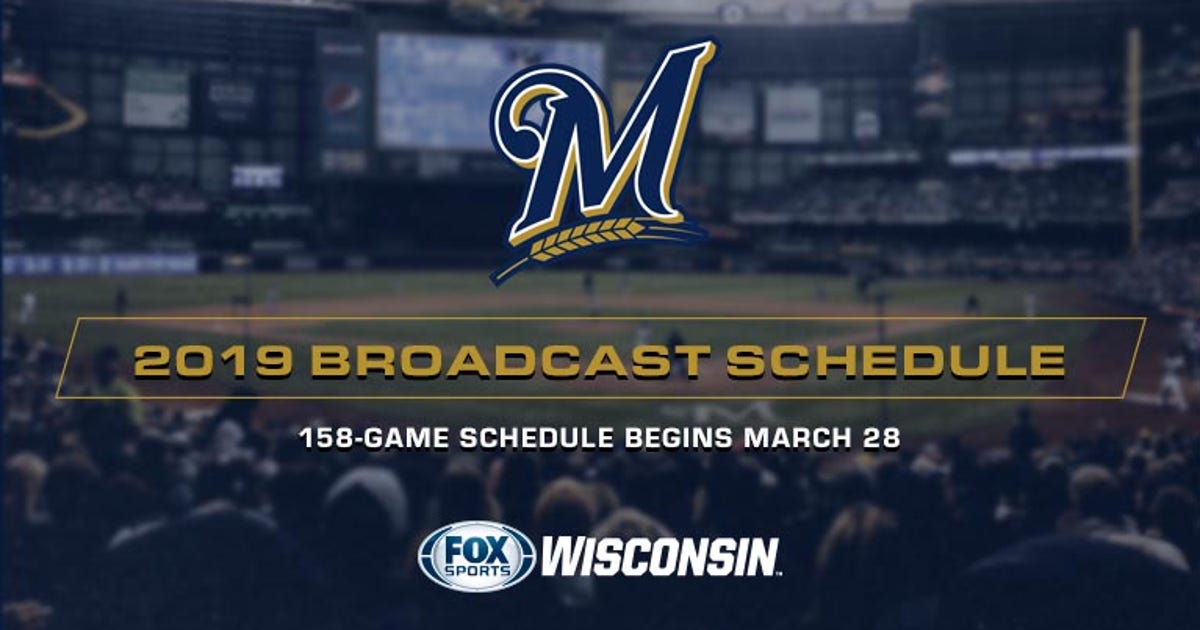 Highlights of the 2019 season schedule include 18 games vs. the division rival Chicago Cubs, 19 against the Cardinals and seven contests vs. the National League champion Los Angeles Dodgers. The Brewers will wrap up the regular season on the road against the Colorado Rockies at the end of September.

Coshun and Dario Melendez will serve as the hosts for “Brewers Live” as well as analysis by Schroeder and former Brewers pitcher Jerry Augustine. “Brewers Live” airs before and after all Brewers telecasts.

All games, as well as pre- and postgame coverage, will stream live across FOX Sports digital platforms.

Fans can prepare for the 2019 season with “Brewers Season Preview,” which premieres March 14.