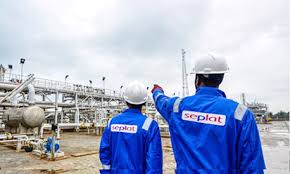 …As Management Proposes $0.05 Dividend
With a colossal payment of N35.7 billion as tax expenses in 2018 audited result and accounts, Seplat Petroleum Development Company Plc has announced 44.7 per cent drop in profit.

Commenting on the results, Seplat’s Chief Executive Officer, Austin Avuru said “Seplat has delivered an excellent operational and financial performance resulting in robust profitability and cash flow generation providing us with an extremely solid foundation for growth in the coming years.

“At our core assets in the West, OMLs 4, 38 and 41, the extension of the license to 2038 means that we can confidently plan and invest long into the future to realise the full potential of those blocks.

“As we continue to enhance production and revenue diversification with new wells scheduled at OML 53 in the East, the board took the Final Investment Decision to invest in the large scale ANOH gas and condensate development which will form the next phase of transformational growth for our gas business.

“Disciplined capital allocation continues to remain at the core of our activities evidenced by our continual deleveraging of our debt levels to the current balance of $350million.

“In 2018, we reinstated the dividend, increased capital investments and with the resources and headroom in our capital structure, we are equipped to capitalise on organic and inorganic growth opportunities as they may arise.”

Rig based activity will step-up significantly in 2019. In the western Niger Delta at OMLs 4, 38 and 41 the Company plans to drill

up to seven new oil production wells, one new gas well, one rig based re-entry of an existing oil well and one appraisal well.

Facilities and engineering projects will focus on delivery of an upgraded integrated gas processing facility at Sapele and further upgrades to the liquid treatment facility to enable increased deliveries of dry crude in sapele and Amukpe. At OPL 283 preparation work for development of the Igbuku gas field will continue with concept selection and FEED studies.

In the eastern Niger Delta at OML 53 development of the Ohaji South oil reserves will continue with the drilling of three planned oil production wells while the Company expects to also undertake a rig based workover of one existing oil production well at the jisike field. In addition to this two appraisal wells are planned, one of which will be at the undeveloped Owu oil discovery.

Facilities and engineering work will focus on the expansion of oil production facilities at the Jisike and Ohaji South oil fields. At

OML 55 the Company will continue to monetise liftings towards full recovery of the $330 million discharge sum.