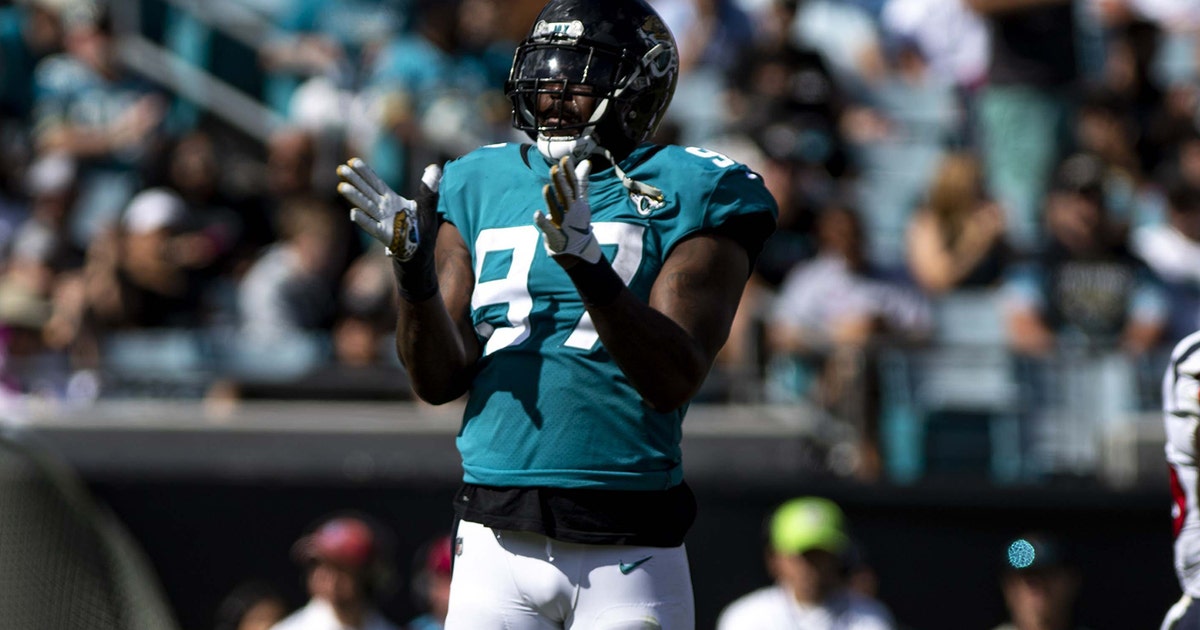 The Jaguars are expected to use the much-needed cap room to sign a quarterback in free agency next week, possibly Nick Foles.

Philadelphia opted not to use the franchise tag on Foles, allowing him to hit the open market. He could get a deal worth more than $20 million annually.

Foles led the Eagles to four playoff victories over the last two seasons, including the franchise’s first NFL title since 1960. He earned 2018 Super Bowl MVP honors and emerged as the league’s top quarterback commodity.

Jacksonville did not part ways with quarterback Blake Bortles, but might do so next week. Cutting Bortles would create another $4.5 million in salary cap space.

Jacksonville, however, will have $5.6 million counted against the salary cap from the Jackson and Gipson deals.

Jackson and Gipson were productive in Jacksonville, playing in all 48 games during their three seasons.

Jackson won a Super Bowl with Denver in 2016 and then signed a six-year, $85.5 million contract with the Jags. The deal included $42 million guaranteed, the richest in franchise history.

He notched 105 tackles, 18 sacks, eight pass breakups and four forced fumbles. He came off the bench late last season, a clear indication his future with the franchise was in jeopardy.

Gipson signed a five-year, $36 million deal that included $12 million guaranteed. He had 159 tackles, 16 pass breakups and six interceptions in three seasons in Jacksonville.

The 32-year-old Parnell was entering the final year of his contract and was due a $1 million roster bonus on March 17.

Parnell missed three games because of injuries in each of the last two seasons, and the Jaguars believe they can get equal or better production for less money. And that’s necessary for a team with little cap space and plenty of holes to fill.

Hyde was a disappointment in Jacksonville, which acquired him from Cleveland last October in exchange for a fifth-round draft pick. The Jaguars had hoped he would fill in for injured starter Leonard Fournette, but Hyde managed just 189 yards in eight games.

The Jags likely will address the position in free agency or the draft, or maybe both.

The 28-year-old Hyde should not have a problem finding a home elsewhere. He has 3,300 yards rushing and 26 touchdowns.

He signed a three-year, $15.25 million contract with the Browns last March. He became expendable in Cleveland when rookie Nick Chubb started looking like a second-round steal.

Hyde was due a $1 million roster bonus on March 15, the same day that $2 million of his base salary would have become guaranteed.