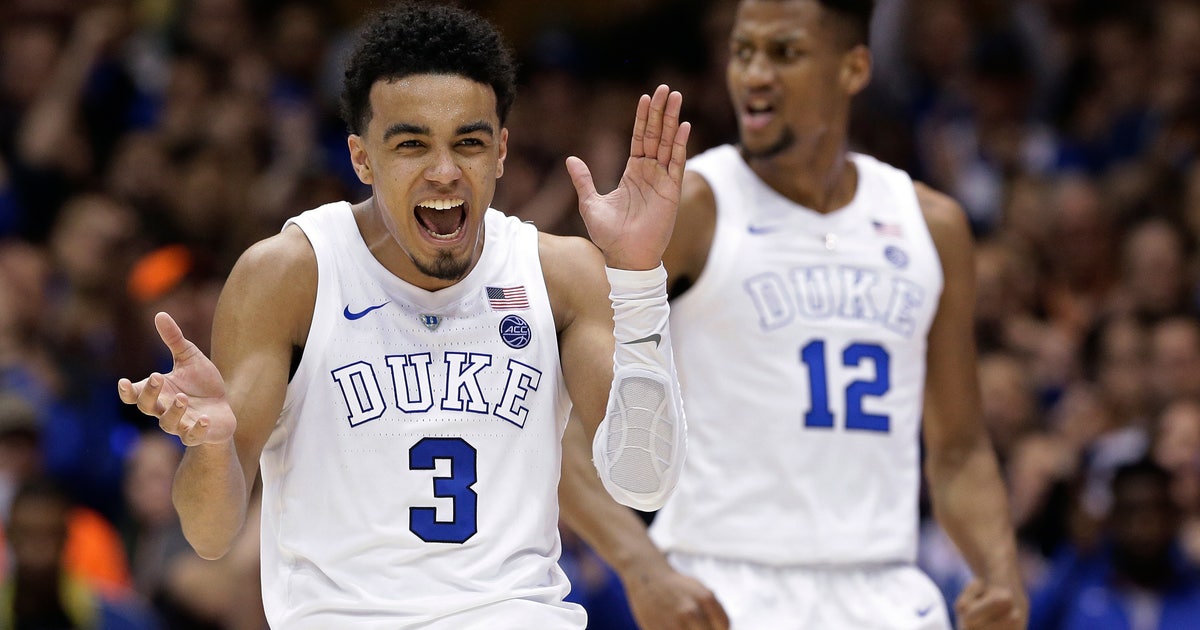 RALEIGH, N.C. (AP) — A look at the upcoming week around the Atlantic Coast Conference:

No. 4 Duke at No. 3 North Carolina. The rematch of the fierce rivalry is the final game of the league schedule, this time in Chapel Hill. The Tar Heels (25-5, 15-2) can clinch at least a share of the ACC regular-season title with a win, along with their first regular-season sweep of the Blue Devils since the 2008-09 season. The Blue Devils (26-4, 14-3) have played four straight games without freshman star Zion Williamson due to a knee sprain suffered early in UNC’s win at Cameron Indoor Stadium on Feb. 20. After Tuesday’s narrow win against Wake Forest, coach Mike Krzyzewski said he didn’t think Williamson would be ready to play against the Tar Heels but that he “would be surprised” if he wasn’t ready for the ACC Tournament.

The ACC Tournament opens its five-day run in Charlotte on Tuesday with three games featuring the six lowest seeds. The championship game is March 16, the night before the NCAA Tournament’s field of 68 is unveiled.

North Carolina State’s home loss to Georgia Tech on Wednesday night wounded the Wolfpack’s NCAA Tournament resume. Now N.C. State could use a strong game or two from point guard Markell Johnson in Saturday’s finale at Boston College as well as in Charlotte with the Wolfpack on the bubble. Johnson is averaging 11.5 points on the season but has upped that to 18.7 points over his last three games.

Second-ranked Virginia closes the regular season Saturday at home against Louisville, and a win will give Tony Bennett’s Cavaliers another No. 1 seed in the ACC Tournament. The Cavaliers (27-2, 15-2) have won the regular-season title outright in three of the past five seasons after doing so just once in its history before Bennett’s arrival prior to the 2009-10 season. Virginia and UNC are tied atop the league, though the Cavaliers would own the No. 1 seed if both teams win Saturday by virtue of a tiebreaking win against the Tar Heels in February.

The women’s tournament is running this week in Greensboro, headlined by No. 3 Louisville and No. 4 Notre Dame. The Fighting Irish are the reigning national champions and the top seed, while the Cardinals are the reigning ACC Tournament champs after snapping the Irish’s four-year title run in last season’s championship game. The field also features No. 9 North Carolina State, No. 16 Miami, No. 18 Syracuse and No. 22 Florida State. The tournament wraps up with Sunday’s championship game.