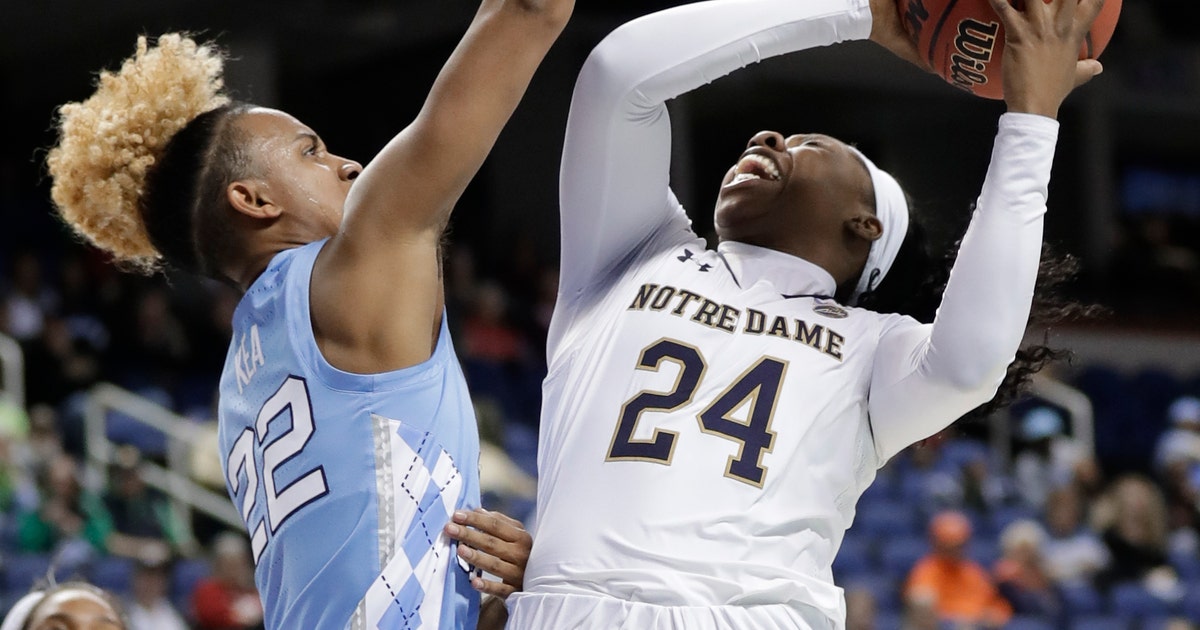 Brianna Turner had 24 points and 10 rebounds, and Jackie Young finished with 19 points and nine assists to help the top-seeded Fighting Irish (28-3) win their seventh straight and avenge one of their two league losses. They will play No. 18 Syracuse (24-7) on Saturday in the semifinals.

Ogunbowale finished four points shy of her career high while hitting five 3-pointers. The Fighting Irish shot 58 percent — 65 percent in the fourth quarter to pull away.

Paris Kea scored 27 and Janelle Bailey finished with 19 points and 10 rebounds in her return from a one-game suspension for the eighth-seeded Tar Heels (18-14).

They never got closer than eight in the second half, but threatened to make things interesting late, pulling to 77-65 on Bennett’s layup with just under eight minutes remaining.

That’s when Ogunbowale took over with a brilliant 15-second span. She hit a 3-pointer, stole the ball from Kea and fed Young for a layup that put the Irish up 82-65 with 7½ minutes left.

North Carolina: The Tar Heels didn’t have a second victory over Notre Dame in them, though Kea did everything she could to will them to another one. Kea had 30 points and 10 assists in that 78-73 upset of the then-top-ranked Irish two months ago, and had another big game against the Irish — but it wasn’t enough.

Notre Dame: The Fighting Irish had plenty to play for in this one. Not only were they in Greensboro for the first time since their loss to Louisville in the 2018 ACC final — they had been 14-0 in ACC Tournament games until then — but they were taking on one of the two conference teams that beat them this season. Notre Dame had never lost multiple ACC regular-season games until this season.

Notre Dame: Faces No. 18 Syracuse on Saturday in a semifinal.