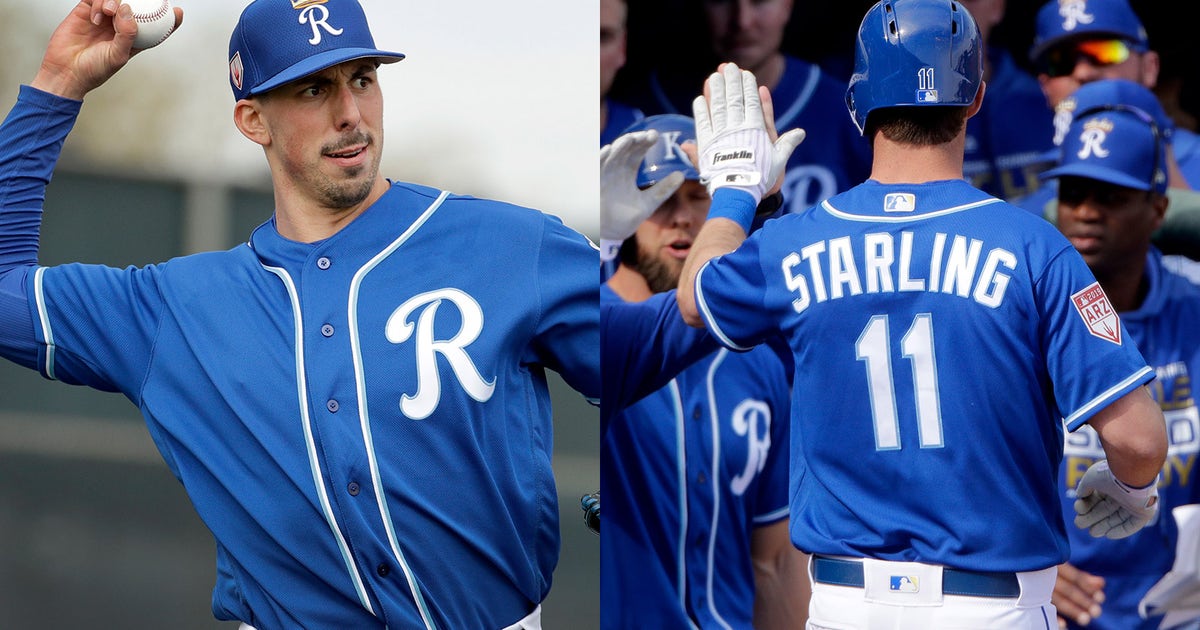 GLENDALE, Ariz. — Kyle Zimmer remembers the feeling of failure and frustration that washed over him while standing on the mound in spring training, his fastball topping out at 82 mph and his arm feeling as if it was flying to home plate right along with the ball.

Standing on a mound? He might as well have been standing in a hospital. He’d seen plenty of them.

The strapping right-hander’s career had crashed so hard that when the Royals finally designated him for assignment, then requested outright waivers, nobody wanted him. So he signed a minor league deal to return to the only club he’d ever known, then began the long and arduous road to recovery one more time, unwilling or unable to give up on his big-league dreams.

“You’re just trying to ride it out,” Zimmer said, “each setback.”

There are always stories to watch at spring training, whether it’s the hot shot prospect or the aging star or the high-priced free agent. But often overlooked are the reclamation projects, guys such as Zimmer and Royals teammate Bubba Starling who have been through the wringer.

You see, just like it’s hard for them to give up on their dreams, it is often just as hard for an organization to give up on them. In most cases they were once-prized prospects, high draft picks who were expected to be the building blocks of a championship team.

But whether it was injuries or ineffectiveness — often both — things never really panned out. But that doesn’t necessarily mean the raw talent that so enamored scouts was merely a mirage.

So in the case of Zimmer, the Royals kept an eye on him throughout last summer, watching him toil away at the new-age Driveline Baseball academy in Seattle. He threw weighted balls, went through unique stretching routines, and slowly he rebuilt his bionic arm into something worthwhile.

He was impressive enough that the Royals gave him a major league contract with an invite to spring training, where he’s so far allowed three hits and no runs in three appearances.

“We did lose faith in his ability to stay healthy,” Royals general manager Dayton Moore admitted. “It’s not personal. We love Kyle. Then he rededicated himself in a way that’s been well documented. We evaluated him and felt that he deserved an opportunity to be back on the 40-man roster.”

That’s also why Moore signed Starling, the fifth overall pick in the 2011 draft, to a minor league deal. Starling was supposed to be the hometown boy made good, a product of nearby Gardner-Edgerton High School who signed with the Royals rather than play quarterback at Nebraska.

Instead of starring in front of friends and family at Kauffman Stadium, though, Starling has been on a rudderless journey through the minor leagues. His defense has always been good enough, but he’s hit just .236 over more than 2,500 plate appearances, numbers that hardly warrant a big-league call-up.

“Yeah, the last six years have been tough, especially with injuries, staying healthy,” Starling said. “I put a lot of pressure on myself to do this, that, instead of just having fun.”

The weariness is evident in Starling’s still-boyish face. Gone is the peach fuzz of a high school senior, the scruff of an early 20s heartthrob, replaced these days by a full, bushy beard.

Yet the oblique injury that scuttled a breakthrough start to the 2017 season, and the dislocated finger that ruined last season are finally behind him. Starling is finally having fun, and it’s been hard to argue the results: He was hitting .471 with a pair of homers in nine spring games.

“Last night Bubba, a two-strike at-bat, he made some adjustments — so you know his mind is right — and he lined out to right field, but that’s a really quality at-bat,” said JJ Picollo, who heads up the Royals’ minor league operation. “We’re really optimistic that he’s turning the corner.”

More often than not, though, such comebacks end in failure. Guys get hurt again, or they run out of patience, or opportunities vanish as clubs focus on young players showing more promise.

Yet the reason clubs continue to take fliers on reclamation projects such as Zimmer and Starling boils down to what their GM called a simple and undeniable fact: “I would rather have them fail with us,” Moore said, “than go somewhere else and succeed.”