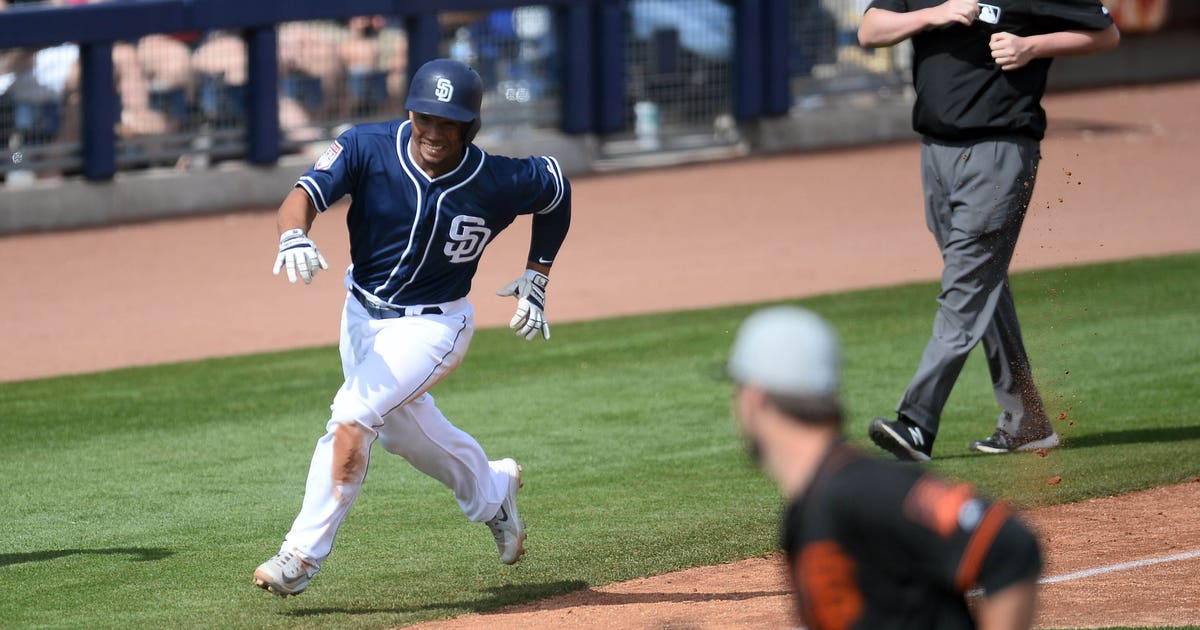 Francisco Mejia says he’s focusing on his defense, but his offense hasn’t suffered at all.

Mejia hit a three-run homer off Texas’ Mike Minor on Thursday. The switch-hitting catcher, who connected from the right side, has reached base in all nine of his Cactus League games. He’s batting .474 (9 for 19) with two homers and three doubles.

Mejia said he’s tried to stay patient at the plate, but his main focus has been behind the plate. He has a strong arm, but blocking pitches and working with the staff are areas where he’s been asked to improve.

“Ever since last season ended, I’ve been working on my defense,” Mejia said through a translator. “I’m focusing on that to make sure I’m getting better.”

Mejia was a top prospect in the Cleveland organization. But the Indians had some uncertainty over his ability to play behind the plate and gave him trials at third base and in the outfield. Cleveland ultimately traded the 23-year-old in a deal for All-Star reliever Brad Hand.

The move gave Mejia a fresh start at catcher.

“I was excited to be able to go back and play the position that I’ve always played,” Mejia said.

For the Padres, Mejia’s presence offers a challenge to incumbent Austin Hedges, a stellar defender who has struggled to hit. Hedges’ offense improved after Mejia was acquired — he hit 10 of his 14 homers following the deal.

There are home runs.

Mejia managed to get into a few games for the Padres late in the season, hitting three homers including a walk-off grand slam against the Rangers on Sept. 18.

He could start the season with San Diego or at Triple-A El Paso.

“Wherever the team decides I’m going to be, I’m going to work on the areas where I need to improve,” Mejia said.