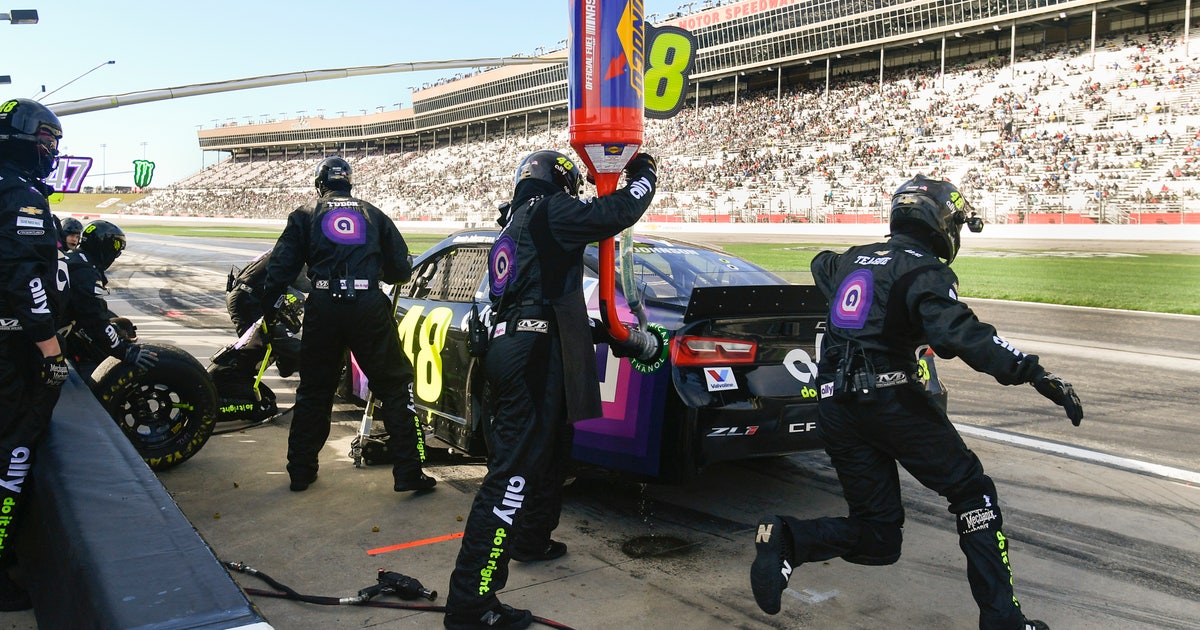 It’s the kind of debilitating, in-your-throat cold that makes it painful to swallow, much less go for a run. The seven-time NASCAR Cup Series champion tried on a cool morning in the desert but quickly bailed, putting off the resumption of his Boston Marathon training for another day.

As if Johnson doesn’t have enough to deal with right now.

The cold hit him hard last weekend at Las Vegas, when he was in the midst of another ho-hum run in another shaky start to the season for Hendrick Motorsports. But it really whipped Johnson early this week, when the team was turning its attention to Sunday’s race at ISM Raceway near Phoenix.

He has four wins at the track, second only to Kevin Harvick, and that’s a good omen as he tries to end a winless drought stretching 62 points races to his victory at Dover in June 2017.

“The last couple of years we’ve just been off a bit,” Johnson said, “and you can point fingers in a lot of different directions, and believe me we have. And we’ve tried to address everything we think is necessary to get back on top and we’re trending the right way, but not at the pace we want.”

Johnson’s winless season a year ago was his first in 17 full-time seasons with Hendrick, and he later acknowledged it “put a strain” on his relationship with crew chief Chad Knaus. So after working together since his rookie season in 2002, the two split heading into this season.

Johnson’s new crew chief, Kevin Meendering, had worked his way up through the organization, and earned the opportunity to take charge of the No. 48 team. It was no small change: The quirky, sometimes volatile but nevertheless brilliant Knaus had formed a sort of ESP with Johnson where they could often communicate without words, while the more reserved Meendering is temperamentally opposite.

It was an adjustment — a big one — but one that Johnson found rather refreshing.

“They’re definitely different guys,” Johnson said. “Kevin is a quiet guy. He really likes to absorb everything. He doesn’t say a lot but when he does, he’s ready to talk. So there’s maybe less conversation, less being told, but I can see the wheels turning in his brain.”

The new partnership certainly started out with splash.

Well, a crash. Then a splash.

With rain on the horizon and Paul Menard ahead of him in the season-opening Clash exhibition at Daytona, Johnson tried to pass and the two made contact. Menard went spinning to cause a massive wreck, and Johnson led at the finish line to win the weather-shortened race.

The No. 48 team backed up the performance with a top-10 run in the Daytona 500, but that has so far turned out to be their high point of the season. Johnson was 24th at Atlanta, when none of the four Hendrick drivers finished in the top 15, and he was 19th a week ago at Las Vegas.

That’s when the cold bug piled onto the misery.

After the race, teammate Chase Elliott — the best of the Hendrick boys at Vegas — reminded all the critics and naysayers that “this is a war, not a battle.”

“So we have to think about getting better for 38 weeks,” Elliott said, “and we’ve got 35 left, so better keep pushing and hopefully take another chunk like we did this week next week.”

“I agree with what he’s saying,” Johnson said, sitting in a Cup Series hauler in the infield of ISM Raceway on Friday. “I feel like we’ve all made that mental decision this year that we’re going to war, and small little battles, finding little chunks of speed, is only going to move you up from 10th to fifth. I mean, we need to really find what we’ve been missing.”

Johnson considers himself patient. It’s a byproduct of experience, of nearly two decades spent at the pinnacle of his sport. But it’s also a natural, easygoing attitude that he developed while growing up in Southern California, where the series heads next for its race at Fontana.

The problem is not everybody has the same reserve.

“I find that probably our fans aren’t as patient as we’d like them to be,” Johnson said, “and the haters, they’re not going to show any patience. They’re going to try to kick us while we’re down. So there’s that element that exists, but you know, this deal isn’t easy. And because Hendrick Motorsports has all these championships does not mean that we’re going to get another one.”

There have been some positive signs this weekend, though.

Elliott qualified on the outside of the front row for Sunday’s race. Alex Bowman qualified sixth and William Byron seventh, with Knaus now on the pit box for his No. 24 team.

Johnson just missed the cutoff for the final round of qualifying and will start 15th. And while it still represents a long way to go, it left Johnson feeling as he’s already come a long way.

“We’re all heavily involved in trying to offer up what we can,” he said. “What helps me to be patient is I look around and see my teammates digging so deep to get our cars back to where they need to be. I wish we had an ‘easy’ button to push, but we don’t.”