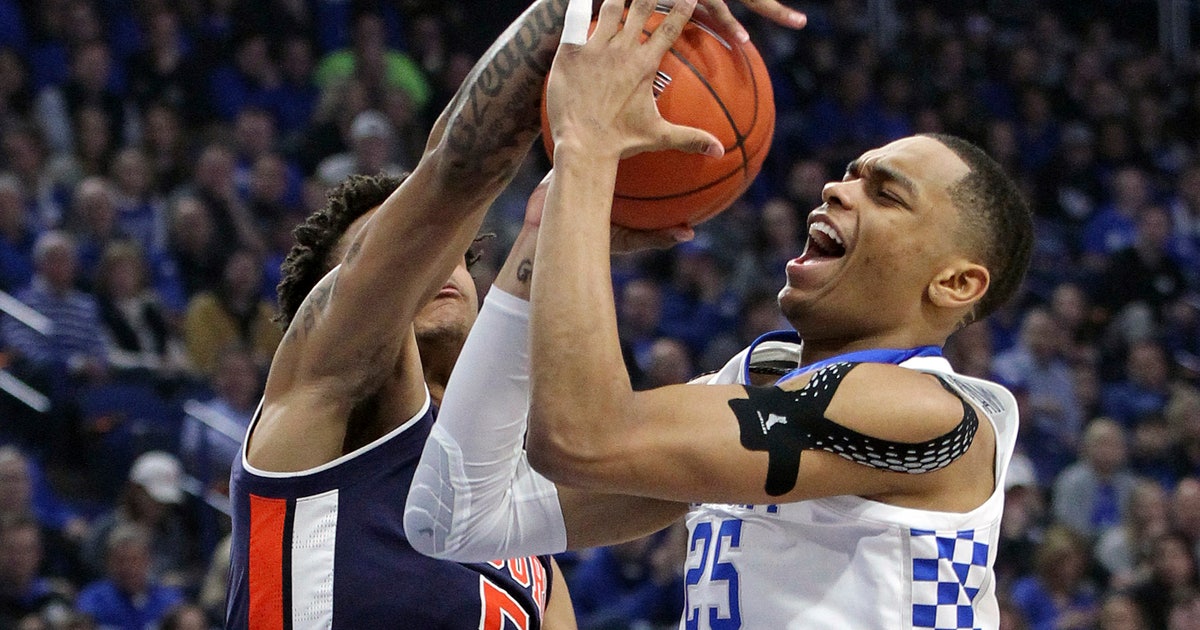 AUBURN, Ala. (AP) — Chuma Okeke is Auburn’s most versatile player.

Okeke’s tasks in the regular-season finale Saturday against No. 5 Tennessee (27-3, 15-2 Southeastern Conference) are simple but daunting: Match up with reigning league player of the year Grant Williams, with some bonus time defending Admiral Schofield, too.

His play, as usual, will be a big factor in the Tigers‘ chances in a game that looms large for SEC tournament seeding. Williams and the Volunteers are gunning for at least a share of a second straight regular season league title, having tied with Auburn last season. Auburn can secure the No. 4 seed — and the resulting double bye — with a win and a South Carolina loss to Georgia.

“Chuma Okeke is going to have to match up against another national player of the year nominee,” Auburn coach Bruce Pearl said. “Last time he did it was P.J. Washington and this time it’s Grant Williams. And then Schofield’s probably playing as well as anybody.”

And Okeke is playing as well as anybody on Auburn’s team, even if he has often been overshadowed by higher-scoring guards Bryce Brown and Jared Harper the past two seasons. He’s coming off a 17-point, 14-rebound performance against Alabama that included a pivotal defensive play in the final minute — against point guard Kira Lewis Jr, who had to throw up an off-balance shot that didn’t come close.

The Tigers (21-9, 10-7) have locked up two straight 20-win season for the first time in 19 years even if they haven’t had nearly the encore season of Rick Barnes and the Volunteers. They’re also virtual locks for the NCAA Tournament. Led by Williams, Tennessee has remained a national power and potential No. 1 seed.

Williams is averaging a league-best 19.1 points per game, along with 7.6 rebounds. Schofield isn’t far behind at 16.4 points and 6.4 rebounds.

Okeke and Co. have to find a way to contend with that formidable front-court Saturday.

Okeke has improved his numbers across the board as a sophomore with Auburn having to replace leading scorer Mustapha Heron and top rebounder Desean Murray. Center Austin Wiley has missed eight games and been limited by injuries in a number of others. Wiley is doubtful for this one, too, Pearl said.

Okeke has helped overcome the resulting size deficit so far. Harper thinks the trend is that when Okeke plays well, the rest of the team follows suit.

“I think he’s one of the big reasons they are where they are right now,” Barnes said. “He has really improved. You go back to where he started to where he is now, he is just continuing to get better.”

“Chuma Okeke is a nightmare to match up with,” Pearl said. “He can score inside and out, he can defend inside and out and he’s a terrific player.”

The soft-spoken Okeke had 14 points against Kentucky and Washington, who scored 24. Brown thinks his roommate is capable of holding his own with another one of the league’s biggest stars, Williams.

“I know he’s going to take advantage of his opportunity,” Brown said. “He always does. Chuma is a heck of a player. I can see him going at Grant Williams and Schofield. I can see him holding his own and doing really well.”

He might have to for Auburn to pull off the upset.