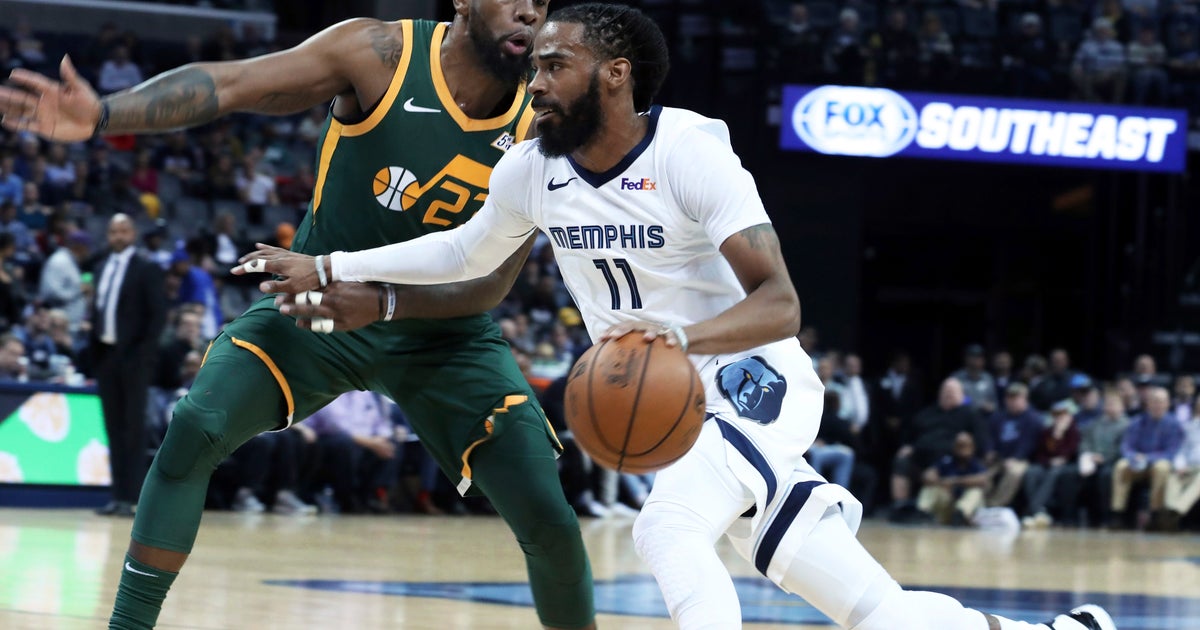 The last-place Grizzlies won their second in a row. They have not won three straight since November.

Conley scored 14 points in the fourth quarter and Valanciunas added 10 as Memphis held off several Utah runs. The Jazz got no closer than four points down the stretch.

Donovan Mitchell led Utah with 38 points, including 20 in the fourth quarter. Joe Ingles finished with 14 points and seven assists. Kyle Korver had 13 points, but was 4 of 12 from the floor, including 3 of 11 from outside the arc.

Valanciunas scored eight straight Grizzlies points in the fourth period, putting Memphis up by 10 with 5 minutes left. Conley then made a trio of floaters and had a pair of free throws to hold Utah at bay.

Memphis opened the second half with nine points in a row to take a 69-53 lead. Utah used a 15-5 run toward the end of the third quarter to make it close.

Jazz: G Ricky Rubio was out with left hip tightness. . Converted 11 of 27 3-pointers in the first half and made 9 of 12 shots inside the arc. . In the first half, Rudy Gobert had more blocks (3) than rebounds (1). He finished the night with nine points and seven rebounds to go with five blocks. . Jae Crowder had 11 points and 10 rebounds.

Grizzlies: C Joakim Noah made his first start since Feb. 4, 2017. .Ivan Rabb made 6 of 8 shots in the first half to lead Memphis with 13 points at intermission. He ended the night with 15 points. .It was Conley’s 20th 20-point/10-assist game in his career, seven of them this season.