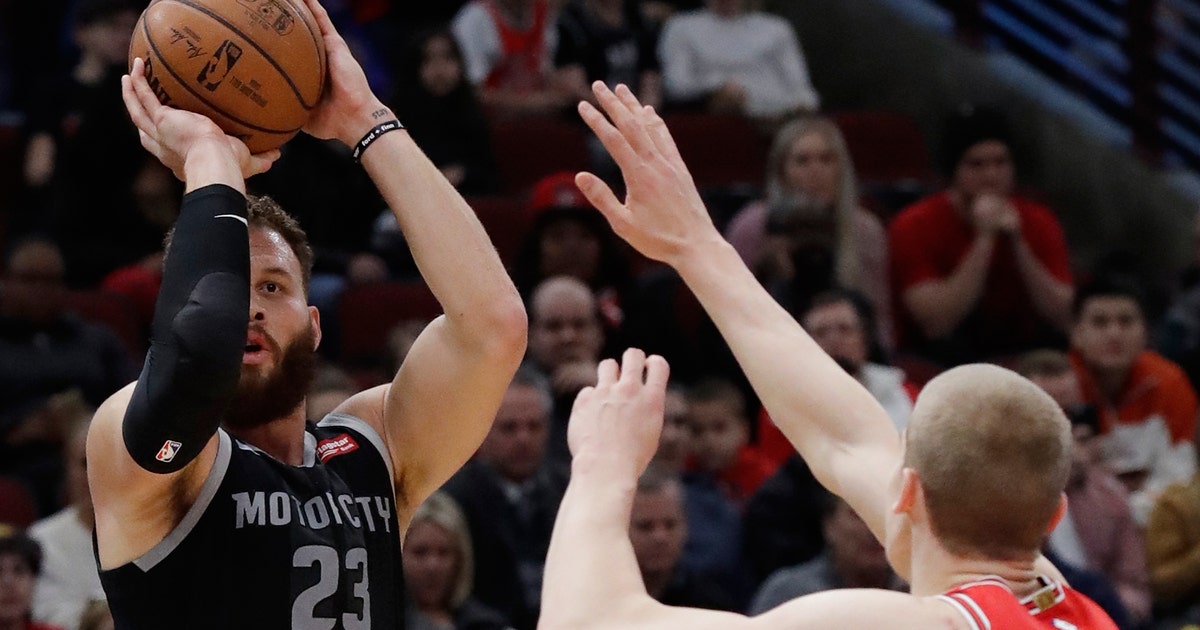 CHICAGO (AP) — Blake Griffin scored 16 of his 27 points in the fourth quarter after going to the locker room with an apparent right leg injury, and the Detroit Pistons rallied to beat the Chicago Bulls 112-104 on Friday night for their fourth straight victory.

Griffin missed much of the third quarter after he appeared to tweak his right knee early in the second half. But he returned for the start of the fourth and went 7 for 10 from the field to help Detroit improve to 11-2 in its last 13 games.

Zach LaVine scored 24 points for Chicago, which led by as many as 21 in the first half. Otto Porter Jr. had 23 points and eight assists, and Lauri Markkanen finished with 18 points.

It was the first half of a rare home-and-home set between the Central Division rivals. The Pistons host the Bulls on Sunday.

Chicago got off to a fast start with a 21-2 run in the second quarter that featured an impressive offensive sequence by Porter. The versatile forward made two foul shots and a pullup jumper before finding Shaquille Harrison for a layup. He then scored six straight points, converting a layup and two jumpers.

Bulls: F Chandler Hutchison (right toe) had a follow-up scan on his foot this week that showed “good bone healing,” according to trainer Jeff Tanaka. The No. 22 pick in last year’s draft hasn’t played since Jan. 25, and could miss the rest of the season. Tanaka said Hutchison will get another scan in two weeks.

Pistons: Go right back on the road after Sunday’s game against Chicago, visiting the Brooklyn Nets on Monday night.

Bulls: After their trip to Detroit, the Bulls return home to face LeBron James and the Los Angeles Lakers on Tuesday night.